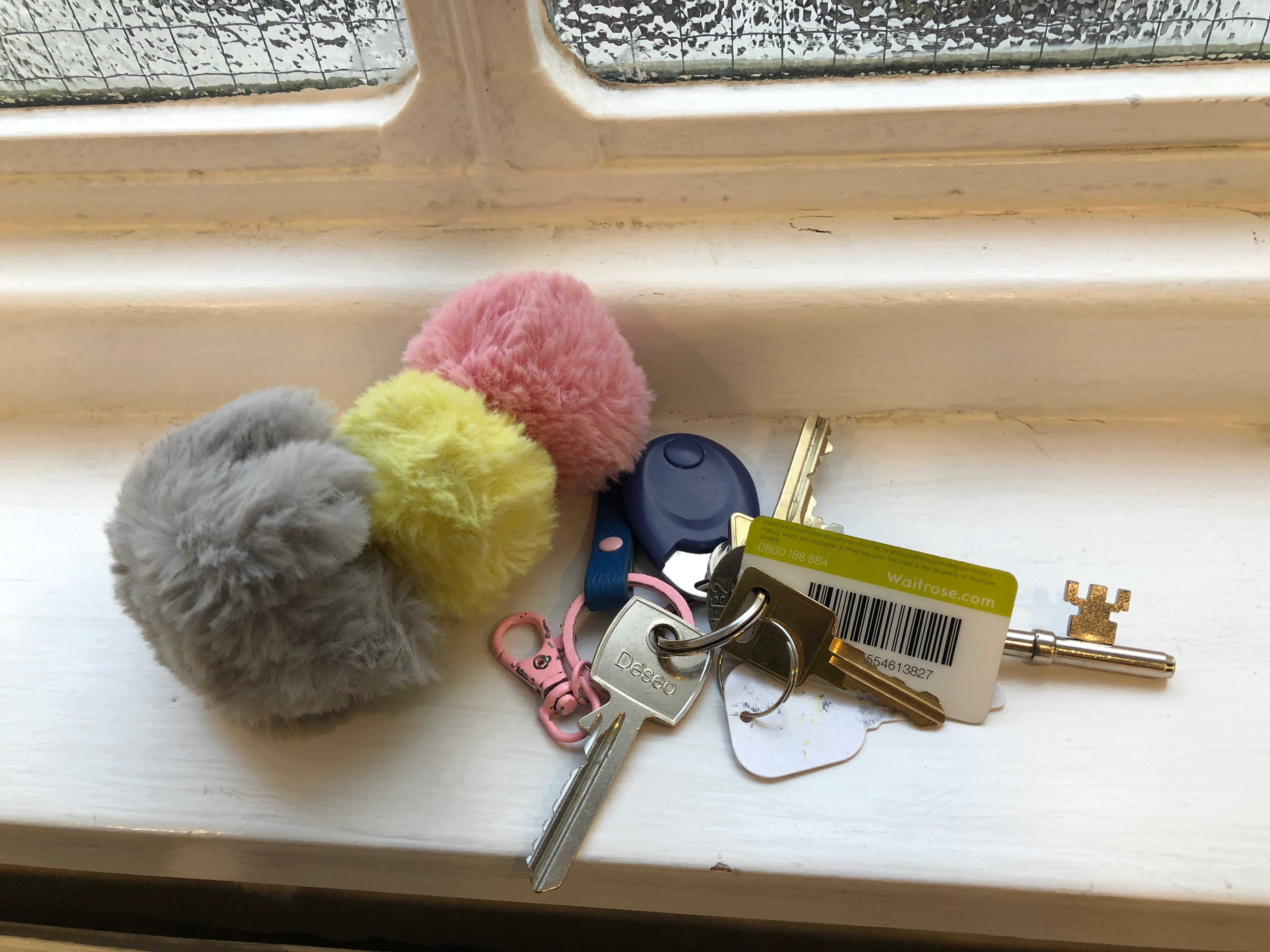 It was Christmas. He was older. Organized. His tree had lots of presents underneath, and while he was in the shower I went through them, like a child, even though I was 21.

I’m good at deducing what’s underneath wrapping paper. I fingered what was definitely a book, another parcel that was probably lingerie, and then flushed with joy when I put my hands around what was almost certainly a jewelry box.

Two weeks later, I opened my presents, saving the most exciting one for last. I smiled at the book, smirked at the lingerie and, with my heart in my mouth, opened the box — which turned out to be not a necklace or earrings, but a key ring. Hanging from it was a Scrabble tile with the letter R.

R is worth only one point in Scrabble.

“Because you always lose your keys!” he said. I smiled big and told him I loved it.

I already had a beautiful blue leather key ring. I took my keys off it, splitting my thumbnail in the process, and moved them all over to the Scrabble ring. It soon developed a special ability to work itself into the most inaccessible crevice of my handbag, hiding from me when I needed to unlock my door because I was drunk or needed to pee.

Seven years later, married to someone else, I paused while unlocking the door to the first apartment I’d ever owned and remembered that I hated the thing.

I threw it away and replaced it with a ridiculous string of pom-poms, which I can always find.