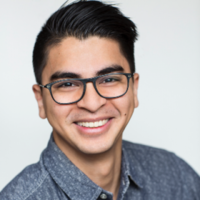 Achilles Stamatelaky is a comedian based in New York City. He was a staff writer on Broad City (Comedy Central) and has contributed writing to MTV and TBS, among others. He is also a veteran writer, performer, and teacher at the Upright Citizens Brigade and has taught sitcom writing at NYU’s Tisch School of the Arts. He’s willing to drop this whole comedy thing if he can be the starting point guard for the New York Knicks.

Queer your bookshelf with two new bundles. Five issues of our award-winning McSweeney’s Quarterly (starting with our queer fiction issue) for the price of four OR four brilliant works of queer lit for one bargain price. Celebrate with us!