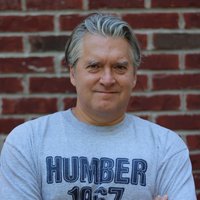 Andrew Clark is an award-winning author and humorist. He writes the weekly Road Sage column for the Globe and Mail. He is the director of the Humber College Comedy program in Toronto. He has won a gold award and been nominated several times for his writing at the National Magazine Awards, and was nominated for a Governor-General’s Award for Literary Non-Fiction for his most recent book, A Keen Soldier: The Execution of Second World War Private Harold Pringle. In the 1990s, he became Canada’s first fulltime comedy critic and his first book Stand and Deliver: Inside Canadian Comedy remains the standard for writing critically about comedy. As a freelance journalist, he has written for publications including The Globe and Mail, The Walrus, Maclean’s and The New York Times Magazine.