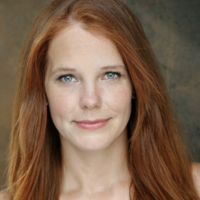 Julie Sharbutt is a writer, director and actor living in Los Angeles. A member of Film Fatales LA, her thriller-comedy short film 3 DAYS was an official selection of over 30 festivals internationally from 2019 to 2020. Her feature film debut as a writer/director, MOVED, was distributed by The Orchard and is available on Amazon. From 2017-18 she was selected for Time Warner’s OneFifty New Storytellers Initiative, where she developed her original episodic series, “Cool New Town.” In early 2020, she co-wrote the second season of the narratives series “Swipe Night” for Tinder. With an MFA in Acting from NYU, Julie has written and performed in theater, film, television and live comedy all over the country, and is a longtime performer at The Peoples Improv Theater and Upright Citizens Brigade Theater, performing regularly in UCB LA’s “Gravid Water” and “The Scene.” Her humor pieces have appeared in The New Yorker: Daily Shouts and other publications, and her screenplays and pilots have won awards in several festival competitions. She is a longtime volunteer at Inner-City Arts and 52nd Street Project, and loves art, hiking, gardening, politics and ghost stories.