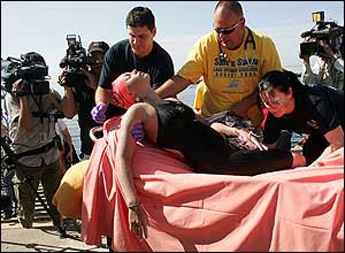 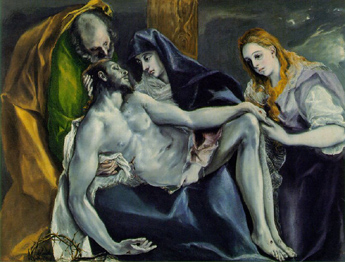 No sooner had we posted our latest interlude than we received the above from Clint Roenish of Toronto, Ontario—a truly uncanny intermeshing of El Greco’s Pietà (1587–97) with a recent news photo, with Mr. Roenish providing no further commentary than the caption to the photo, which ran as follows:

An exhausted Samantha Whiteside, her swim goggles in hand, is lowered on a stretcher moments after completing her 52 km marathon swim across Lake Ontario. The 16-year-old, who took water therapy as a child to help her cope with disabling juvenile arthritis, was just 71 seconds shy of Cindy Nicholas’s 1974 cross-lake record.

After the previous posting, hardly anything more need be added.

But one might note, on the one hand, a second sort of possible rhyme for the photograph, one which would be more gender-appropriate, which is, of course, to say Bernini’s Ecstasy of St. Teresa (1645–52): 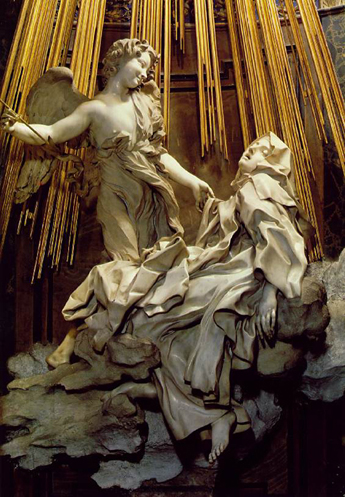 And then, as well, there is the matter of those thronging photographers surrounding Ms. Whiteside, with their dangling lenses all agape, a spectacle in its own right of the sort that neither Christ nor Teresa, thankfully, ever had to endure. Although, come to think of it, what on earth else is Teresa having to deal with there in Bernini’s rendition, with that angel’s panting voyeuristic gaze (a stand-in for our own). And then Christ, too, across time came to suffer his own throng of jostling flashbulb rubberneckers. Such, at any rate, is another way of thinking about the hundreds of painters and sculptors who took up the subject of his Deposition From the Cross—the Old Masters reconceived, in this sense, as Paparazzi of the Passion. 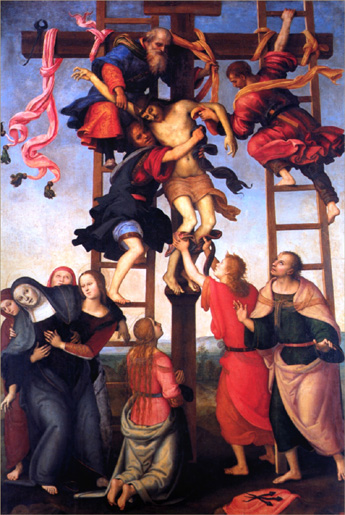 Filippino Lippi and Pietro Perugino, The Deposition (circa 1506) 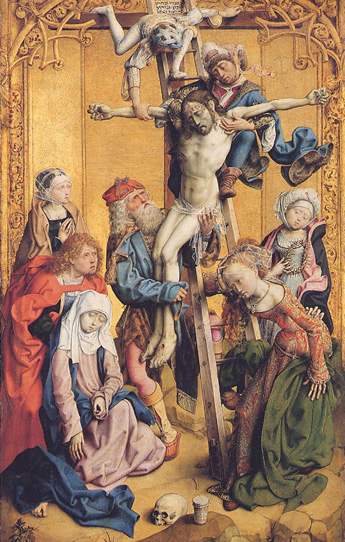 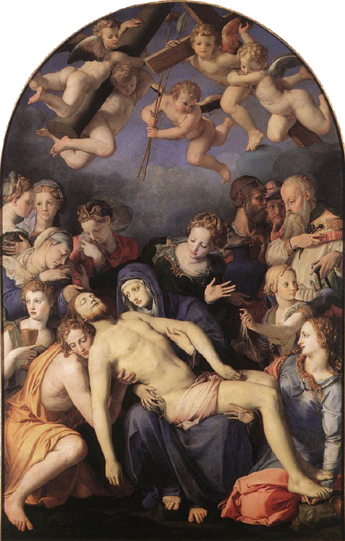 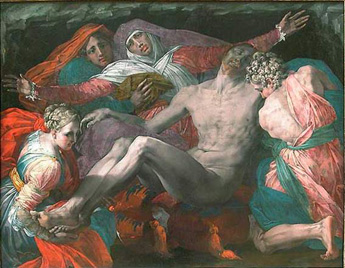 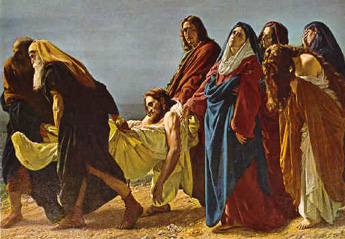 Antonio Ciseri, The Deposition of Christ (circa 1883) 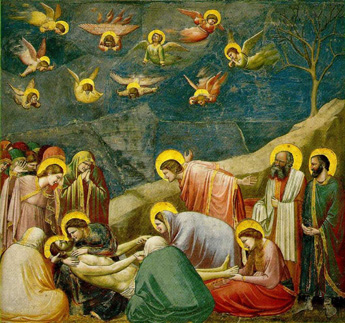 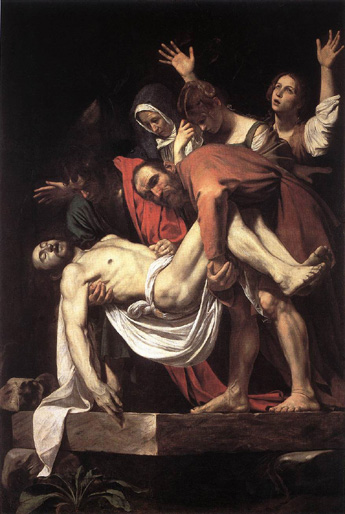 (For that matter, flipping the polarities of our analogy, more contemporary paparazzi, all agog over this Paris or that Diana, this Brad or the other Jen, might well themselves be thought of as latter-day versions of their Old Master predecessors, likewise in thrall to the transcendental incarnate. Star power, indeed.)