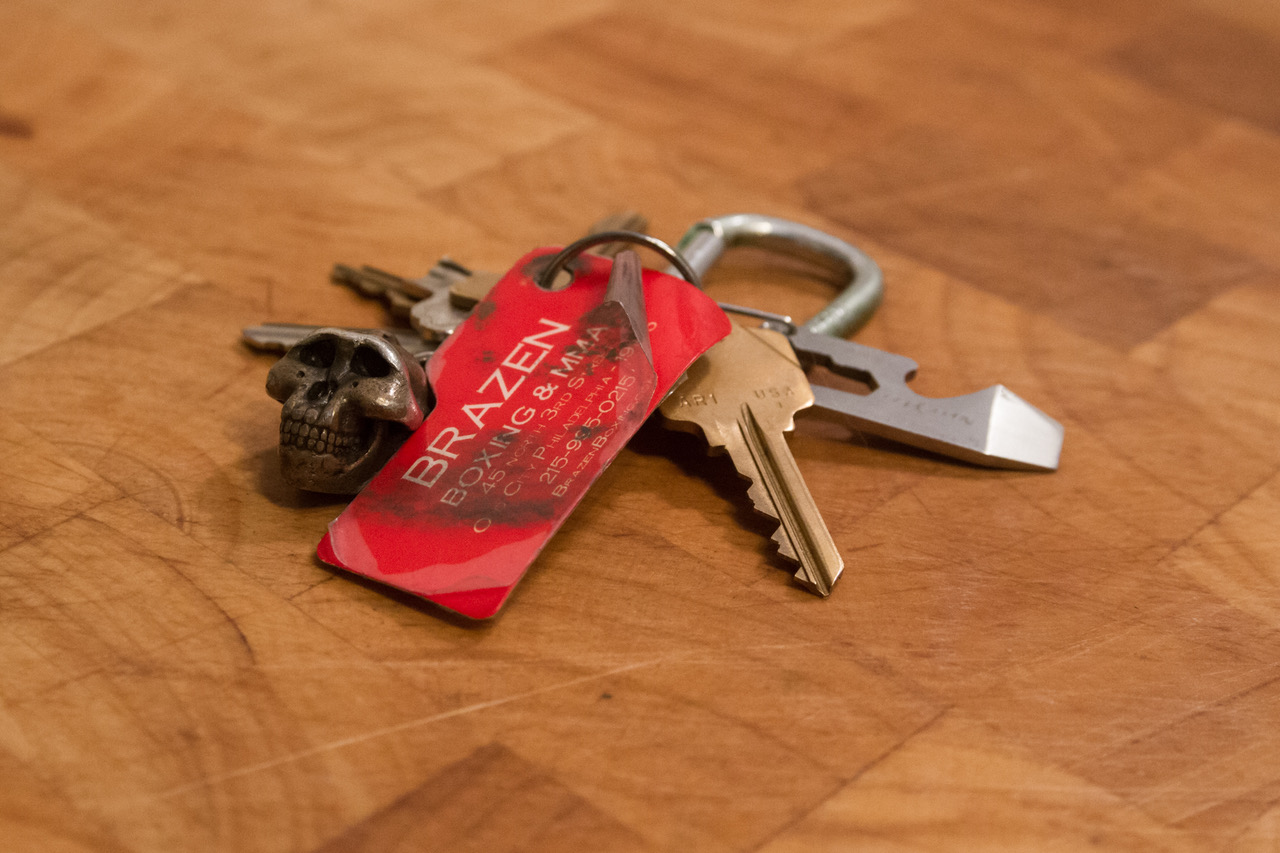 Brazen Boxing & MMA isn’t around anymore, but I still carry their little laminated key card on my key ring. I joined a few years ago with a friend because they offered boxing classes for women at a discounted rate. They were great classes and I loved every second of it. But then they stopped using these key cards and moved to a new location that was too far away for me to keep attending. Not long after that, they went out of business.

I keep the card on my key ring because I live in a major city and I’m a small person. I know how to defend myself, but no one would know it by looking at me. I worry that because I come off as an easy target, an opportunistic nut bag might try something on me. As crazy as it sounds, I hope that as I stand on the subway or walk down the street with my keys hanging off my bag, the potential creep might observe that I belong to a “boxing and MMA” gym and think twice. Of course, that assumes that the creep is also detail-oriented enough to notice, which might be too much to hope for.

Still, I think instilling that kernel of doubt might be more effective than seeing mace attached to my key ring. You can fumble with mace and fuck it up; you can have it taken away from you. But placing doubt in someone’s mind is golden, and that’s what I hope I’m accomplishing.

My key ring also has a little metal skull. It’s of the early hominid Paranthropus boisei. I got it on my honeymoon at a cryptozoology museum in Maine. I always liked the boisei ever since I learned about them on some nature show about early hominids. They just sat back, ate grass all day, and seemed like pretty chill creatures. It’s good to be reminded of this — that it’s okay to relax, to live in the moment like they did — every time I use my keys when I leave the house to start my day.

"This is not a book to simply read in total and digest--yes, do that--but it is also a work to return to in parts whenever necessary. It's a book to ingest like medicine."
—Rion Scott

"It's going to take lots of energy for us to grapple with the challenge we're facing, and some of it is on vivid display in these pages." —Bill McKibben

A special edition of Unnecessarily Beautiful Spaces for Young Minds on Fire, packaged in a limited, corrugated-cardboard slipcase. Every kid in the world needs a safe, welcoming, and even weird...