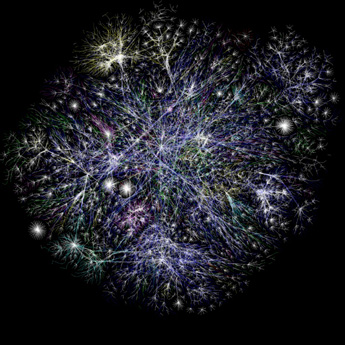 Internet map: Something so rigid-seeming and technological ends up looking like a huge tangle of veins and dandelions, all made of brightly colored thread floating through space. Cool.

Lovely indeed. I was immediately put in mind of some of Tom and Maria Eisner’s equally evocative dandelion images—the first one taken in nature, the second and third ones created through a simple new process invented by Tom (under black velvet on a color photocopier) … 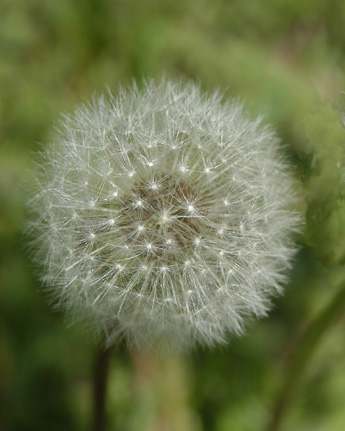 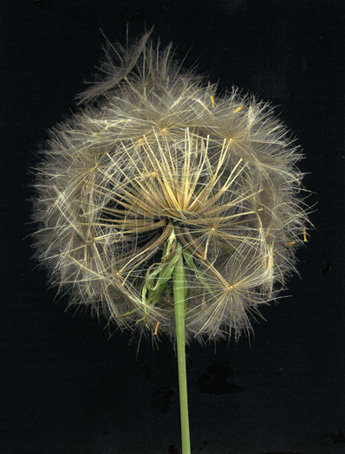 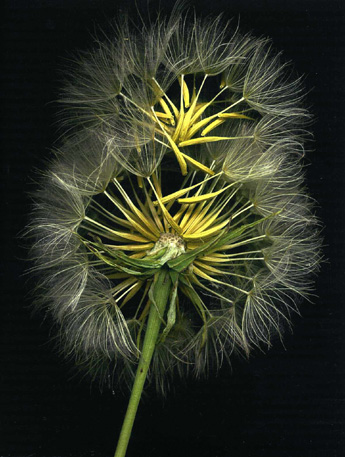 I wrote Tom a note asking for clarification as to what exactly we were looking at in these images. His reply:

What we call the puffball in a dandelion, what as kids we liked to blow apart, is actually the mature seed package of the plant. In it the seeds are precisely assembled, in a loose globular arrangement easily shattered by wind. The seeds are thus set adrift, each suspended by its own little parachute, for distances that may amount to miles. A puffball may produce upward of 100 seeds in a dandelion, with a germination rate as high as 90 percent.

The two close-up photos are actually of puffballs of a relative of the dandelion (goatsbeard, Tragopogon pratensis_). The third picture, taken outdoors rather than with the copier, is of a dandelion (_Taraxacum officinale).

So there’s that. But then as well there’s this video graphic I came upon the other day, Aaron Koblin’s uncanny time-lapse visualization of all the flights coming in and out of the U.S. airspace over a single 24-hour period: Click to watch.