McSweeney’s first published Denis Johnson in Issue 4, around 2002 — his play Hellhound on My Trail. Back then there was no payment for contributors, but apparently Denis and Sean Wilsey came up with an agreement: Denis would provide the play, and McSweeney’s would build a shed (or maybe a deck or a dock — the details are fuzzy) on Denis’s property in Northern Idaho.

I joined McSweeney’s a couple years later. I hated soliciting stories — I much preferred the anonymity of random submissions — but that queasiness fell away when I realized I now had an excuse to email Denis Johnson. He replied that he had something, maybe the start of a novel, and we could have it if we wanted; this turned out to be the first chapter of Tree of Smoke, published in Issue 16. He also mentioned that McSweeney’s had never fulfilled that previous shed-building obligation. One thing led to another, and that summer I found myself in Idaho.

Denis and his wife Cindy called it the Week of Chaos — a ragtag mix of old friends, poetry students, tween nieces, and really anyone who was willing to make the trek past Coeur d’Alene, past Sandpoint, past the Good Grief Tavern, up to the tippiest top of Idaho, near the Canadian border. In the day we’d attempt to lay the foundation for a structure, and in the night everyone gathered at a long table on the porch and ate moose chili or some such.

The past few days have been full of eloquent testimonials to the power of Denis’s writing, his indelible voice, and anyway there’s plenty of obvious evidence: the books themselves. These range widely in tone and subject, but all share his empathy for the lost or damaged or just confused. He spoke openly about his own times in all those categories, but the Denis I knew was gentle, smiling, and effortlessly magnetic. To me, he had the air of a man playing with house money, as if he had already lived and died decades ago and now was just enjoying the unexpected good fortune of bonus time — a house, a pond, and especially Cindy, who really made it all possible. He loved characters and stories and projects. He loved puttering around the acres, bouncing us in the back of the pickup. He loved monologuing in the voice of his dog, the Colonel, who was some sort of resigned-but-loyal British soldier. He signed his emails “Stagaya, DJ” — Stay As Groovy As You Are. I don’t know what else to say. He was the best.

Somehow that Week of Chaos became the first of six summers in Idaho, as a cabin slowly took shape. It’s there now, on a hill next to a small creek. On an exposed beam, Denis wrote “We shall defend this house for a thousand years!” and we all signed below. 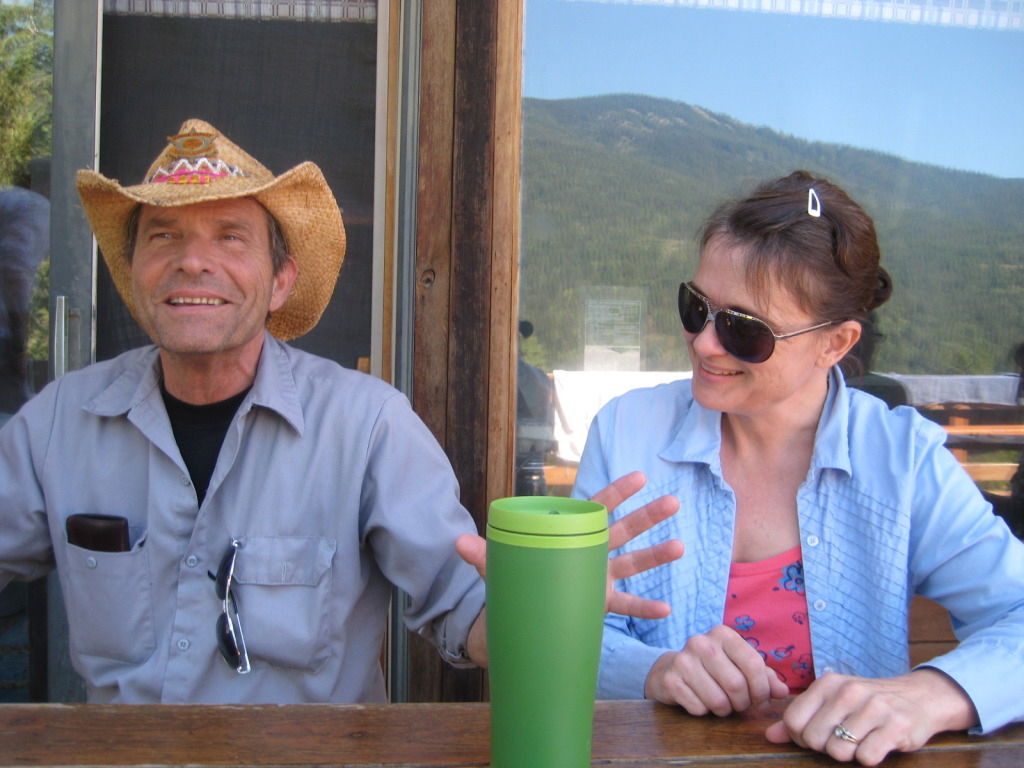