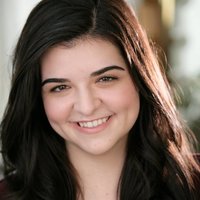 Arianna Durnell is a New York-based comedian who contributes to Reductress, The Belladonna Comedy, Women In Comedy Festival Daily, Robot Butt, and The Higgs Weldon. Her sketch comedy has been featured on WhoHaha, Comedy Cake, and she was named one of Mogul’s comedians to look out for in 2018. Check out the website she made herself (which is so impressive right?).