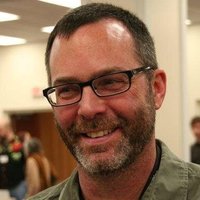 Dave Housley’s fourth collection of short fiction, “Massive Cleansing Fire,” will be published in February 2017 by Outpost 19 books. His work has appeared in Hobart, Nerve, Mid-American Review, Wigleaf, and some other places. He’s one of the founding editors at "Barrelhouse Magazine:http://barrelhousemag.com/. Sometimes he drinks boxed wine and tweets about the things on his television at @housleydave.