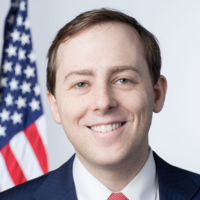 David Litt’s New York Times bestselling memoir, Thanks, Obama: My Hopey Changey White House Years, was published by Ecco Press in 2017. David wrote speeches for former President Barack Obama from 2011 to 2016, covering a range of domestic policy issues. For four years, David was also responsible for the president’s comedy monologue at the White House Correspondents’ Dinner. His second book, about how to fix democracy (but funny) will be published in 2020, and he is currently developing a TV show for Comedy Central based on his life in D.C.