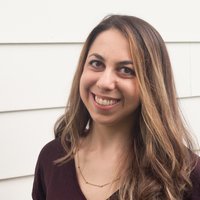 Hillary Nussbaum is the writer and creator of the comedic web series Keep Me Posted. Se served as Associate Producer and Production Manager for Pitch Her Productions’ inaugural short film, Our Everlasting Universe of Things, which is currently playing at festivals around the country. Hillary’s personal essays have been published both online and in print, most recently in Eating Well magazine. She is a co-leader of the South Brooklyn chapter of Filmshop, an independent filmmaking collective.