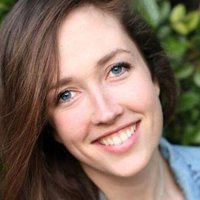 Rachael Burke is a New York City-based writer and performer whose work on The Tonight Show Starring Jimmy Fallon has garnered two Emmy awards. She regularly performs sketch comedy around the city. You can find info on Rachael’s upcoming performances (and more jokes from her brain) on Twitter. You can also read about her exploits as an apprentice to a lampshade lady here.