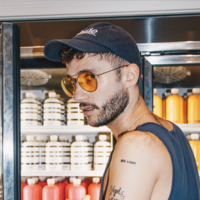 Steven Phillips-Horst is a hot philanthropist based in New York. He’s been called an “alt-comedy darling” by Interview Magazine and a “rising voice on the left” by his coke dealer. His work has appeared in the New Yorker, MoMA PS1, VFILES, Dazed, U.K.’s Daily Mail and everywhere Twitter is available.