We’ve been meaning to tell you: our forty-third quarterly two volumes, with fourteen terrific stories and the best set of fold-out die-cut covers you’ll see this season—is right around the corner! You can see the photographic proof below; we took that picture just today, on the freight deck of one of our many delivery planes (not shown), all of which will be taking to the sky later this week—which means that, if you are a subscriber, you should begin repainting the official delivery bullseye on your roof now. And if you are not a subscriber, consider taking this moment to sign up! This issue is a really excellent one, with new work from Charles Baxter and T.C. Boyle and a stunning slate of stories from South Sudan, and we would hate to have you miss it.

To give you one more glimpse of what this one has to offer, we’re bringing you the beginning of Mr. Baxter’s story today—to read the rest, as we heartily believe you should, proceed directly to our store. You’ll be glad you did, and so will we. Everyone will be glad. And did we mention that subscriptions are on sale? 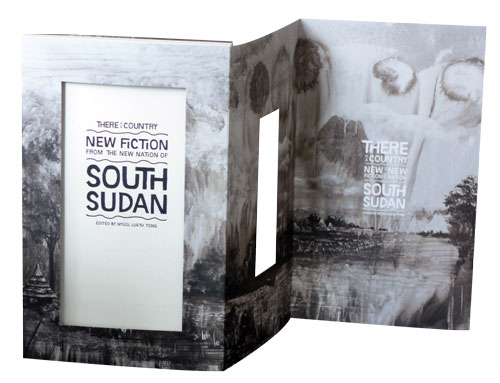 AN EXCERPT FROM “CHARITY,” BY CHARLES BAXTER

He had fallen into bad trouble. He had worked in Ethiopia for a year—teaching in a school and lending a hand at a medical clinic. He had eaten all the local foods and been stung by the many airborne insects. When he’d returned to the States, he’d brought back an infection—the inflammation in his knees and his back and his shoulders was so bad that sometimes he could hardly stand up. Probably a viral arthritis, his doctor said. It happens. Here: have some painkillers.

Borrowing a car, he drove down from Minneapolis to the Mayo Clinic, where after two days of tests the doctors informed him that they would have no firm diagnosis for the next month or so. Back in Minneapolis, through a friend of a friend, he visited a wildcat homeopathy treatment center known for traumatic-pain-relief treatments. The center, in a strip mall storefront claiming to be a weight loss clinic (weight no more), gave him megadoses of meadowsweet, a compound chemically related to aspirin. After two months without health insurance or prescription coverage, he had emptied his bank account, and he gazed at the future with shy dread.

Through another friend of a friend, he managed to get his hands on a few superb prescription painkillers, the big ones, gifts from heaven. With the aid of these pills, he felt like himself again. He blessed his own life. He cooked some decent meals; he called his boyfriend in Seattle; he went around town looking for a job; he made plans to get himself to the Pacific Northwest. When the drugs ran out and the pain returned, worse this time, like being stabbed in his elbows and shoulders, along with the novelty of addiction’s chills and fevers, the friend-of-a-friend told him that if he wanted more pills at the going street rate, he had better go see Black Bird. He could find Black Bird at the bar of a club, The Inner Circle, on Hennepin Avenue. “He’s always there,” the friend-of-a-friend said. “He’s there now. He reads. The guy sits there studying Shakespeare. Used to be a scholar or something. Pretends to be a Native American, one of those imposter types. Very easy to spot. I’ll tell him you’re coming.”

The next Wednesday, he found Black Bird at the end of the Inner Circle bar near the broken jukebox and the sign for the men’s room. The club’s walls had been built from limestone and rust-red brick and sported no decorative motifs of any kind. If you needed decorations around you when you drank, you went somewhere else. The peculiar orange lighting was so dim that Quinn couldn’t figure out how Black Bird could read at all.

Quinn approached him gingerly. Black Bird’s hair went down to his shoulders. The gray in it looked as if it had been applied with chalk. He wore bifocals and moved his finger down the page as he read. Nearby was a half-consumed bottle of 7Up.

“Excuse me. Are you Black Bird?”

Without looking up, the man said, “Why do you ask?”

“I’m Quinn.” He held out his hand. Black Bird did not take it. “My friend Morrow told me about you.”

“Ah huh,” Black Bird said. He glanced up with an impatient expression before returning to his book. Quinn examined the text. Black Bird was reading Othello, the third act.

“Morrow said I should come see you. There’s something I need.”

“I need it pretty bad,” Quinn said, his hand trembling inside his pocket. He wasn’t used to talking to people like this. When Black Bird didn’t respond, Quinn said, “You’re reading Othello.” Quinn had acquired a liberal arts degree from a college in Iowa, where he had majored in global political solutions, and he felt that he had to assert himself. “The handkerchief. And Iago, right?”
Black Bird nodded. “This isn’t College Bowl,” he said dismissively. With his finger stopped on the page, he said, “What do you want from me?”

Quinn whispered the name of the drug that made him feel human.

“Because I don’t know what you’re asking me or what you’re talking about. I’m a peaceful man sitting here reading this book and drinking this 7Up.”

“You could always come back in four days,” Black Bird said. “You could always bring some money.” He mentioned a price for a certain number of painkillers. “I have to get the ducks in a row.”

“That’s a lot of cash,” Quinn said. Then, after thinking it over, he said, “All right.” He did not feel that he had many options these days.
Black Bird looked up at him with an expression devoid of interest or curiosity.

“Do you read, Mr. Quinn?” he asked. “Everybody should read something. Otherwise we all fall down into the pit of ignorance. Many are down there. Some people fall in it forever. Their lives mean nothing. They should not exist.” Black Bird spoke these words in a bland monotone.

“I don’t know what to read,” Quinn told him, his legs shaking.

“Too bad,” Black Bird said. “Next time you come here, bring a book. I need proof you exist. The Minneapolis Public Library is two blocks away. But if you come back, bring the money. Otherwise, there’s no show.”