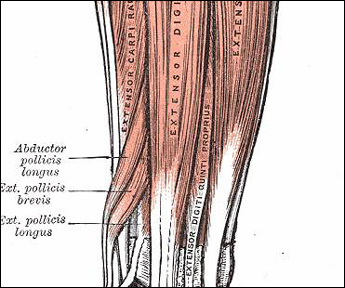 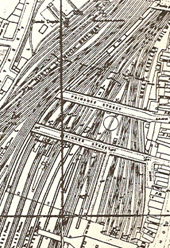 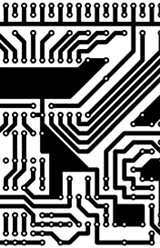 I was taken aback recently when I read an author claim with breezy certainty that human systems are far more complex than natural ones. First off, does this mean humans are not part of nature? And, anyway, that doesn’t make any sense—was it a typo? Surely it’s backward. It reminded me of an Emo Philips joke, the one where he says something like, “I always thought that the brain was the most impressive organ in the body. But then I said to myself, ‘Wait a minute—look who’s telling me that.’” Oh, that lovable hubris of humanity. It’s bound to spark a guy’s skepticism. In any case, the author’s claim led me to remember the images above, which I’d come across a while back when scribbling about the Internet and railroads and their common identity as time-and-space annihilators. Then this, on a related note (trust me, it’s related): My wife’s leisure reading has, at times, been her old college text on human anatomy and physiology. Our preschool son is quite enthralled by it, too. But I’m squeamish, so even just looking at muscles or blood sets me a little to the woozy side. One night, we were looking at depictions of the forearm, sans skin, and I was amazed by the representation of the muscle structure. I avoided the aforementioned wooziness by flashing in my mind to a view of converging rail lines at a depot. I’d just finished W.G. Sebald’s novel Austerlitz, in which there happened to be such an image. Plus, I have to say (to double the forms of convergence going on here—not just visual, but rhetorical, too) that I’d read Sebald after coming upon a quote in this Weschler guy’s book that quoted Sebald quoting Sir Thomas Browne (follow that?): “The greater the distance, the clearer the view: one sees the tiniest of details with the utmost clarity. It is as if one were looking through a reversed opera glass and through a microscope at the same time.” And I considered the muscle, then the rail lines, then back to the muscle: same pattern, differing by complexity. High above both, with greater distance, I saw all the details. Then, having just been dwelling on the conceptual similarities of the Internet and the railroad, the image of a circuit board leapt to mind, and I mapped that onto the rail lines, and found an escalation in complexity, with the least complex being the circuit, the human-made system. So here I leave it: the increasing complexity of systems, natural (and human! I mean, it’s an arm!) and human-made.

Please forgive the long-windedness, and the possibly less-than-stellar quality of the images above—I’m sure I could do better—but I thought nonetheless you might like to share in the wonder of the common imagery. The first is from the anatomy text; the second is from Austerlitz; the third is an image I found using Google Images.

Yes, thank you for that splendid trill of convergences, Professor Cohen. Seems to me that there are three sets of organic/anatomic associations lurking in and around your comments: to the muscular, to be sure (rail lines to striated muscles and back again), but then as well to the circulatory (rail lines and other such systems of transport as being arterial in their essence, wending, as we say, into and through the hearts of cities), and then of course to the neuronal/cerebral (trains of thought, circuit boards as vast switching yards for discrete units of information).

One could delve considerably more deeply into any of these, but my own recent reading has me thrumming on the circulatory analogy. Specifically, Richard Sennett’s 1994 monograph Flesh and Stone: The Body and the City in Western Civilization, and in particular its chapter on William Harvey’s revolution. Though Sennett is by no means the first to draw a conceptual line from William Harvey’s 1628 De motus cordis (with its bracing new delineation of the role of a pumping heart in powering the circulation of blood throughout the body) through, for example, Adam Smith’s Wealth of Nations (1776), with its own revolutionary conception of the circulation of wealth, resources, workers, etc., in the modern economy, his comments seem especially pertinent in the current context. Thus, for example:

The new understandings of the body coincided with the birth of modern capitalism, and helped bring into being the great social transformation we call individualism. The modern individual is, above all else, a mobile human being. Adam Smith’s Wealth of Nations first reckoned what Harvey’s discoveries would lead to in this regard, for Adam Smith imagined the free market of labor and goods operating much like freely circulating blood within the body and with similar life-giving consequences. Smith, in observing the frantic business behavior of his contemporaries, recognized a design. Circulation of goods and money proved more profitable than fixed and stable possession. Ownership served as the prelude for exchange, at least for those who improved their lot in life. Yet for people to benefit from the virtues of a circulating economy, Smith knew, they would be obliged to cut themselves free of old allegiances. This mobile economic actor would moreover have to learn specialized, individual tasks, in order to have something distinctive to offer. Cut loose, specialized Homo econimus could move around in society, exploit possessions and skills as the market offered, but all at a price.

By way of illustration for which, click the below image to take a look at this remarkable video graphic (itself of course made possible by the ever-increasing complexity and proficiency of the sorts of circuit boards highlighted in Professor Cohen’s submission; note that it is a rather large file, so some computers may not be able to play it): 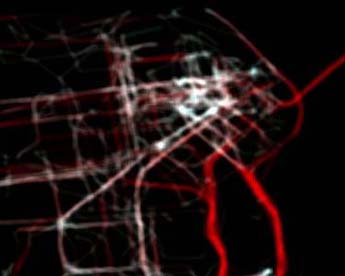 But, as Sennett notes, this new social conception has of course come “at a price.” Continuing, he writes:

bq, Moving around freely diminishes sensory awareness, arousal by places or the people in those places. Any strong visceral connection to the environment threatens to tie the individual down. This was the premonition at the end of The Merchant of Venice: to move freely, you can’t feel too much. Today, as the desire to move freely has triumphed over the sensory claims of the space through which the body moves, the modern mobile individual has suffered a kind of tactile crisis: motion has helped desensitize the body. This general principle we now see realized in cities given over to the claims of traffic and rapid individual movement, cities filled with neutral spaces, cities which have succumbed to the dominant value of circulation.

As for Sennett’s central point about the anatomization of individuals in Smithian capitalism and their reduction to the status of untethered moving bodies coursing ever more frenziedly through ever vaster skeins of circulation, isn’t it precisely the obverse of that vision that seems to be wheeling back into view these days, with the prospect of ever more strangulating gridlock in fact starting to throw people back into earlier modes of community? Thus, for example, in Los Angeles nowadays, with the freeways snarled up seemingly all the time, people no longer assume they can rush downtown on some quick errand and make it back in time to the Westside for the next commitment, or from Echo Park to the Westside and back, whatever, with the result that they tend to stay in their home neighborhoods, nurturing the sort of cultural amenities and allegiances closer to home that Sennett anatomizes so wistfully in his essay.

Of course, it is the expansion of the virtual circulatory system, the circuit board writ large that is the Internet, that is making a lot of that resurgent localism possible.