I.
The Tanzanian Laughing Epidemic of 1962 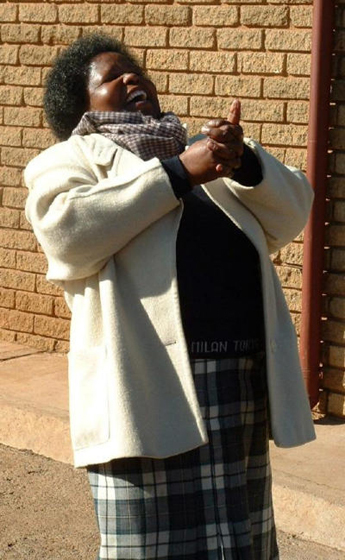 I happened to be reading a book, a few weeks back, on the science of laughter (don’t even get me started)—Robert Provine’s Laughter: A Scientific Investigation (Viking, 2000), the chapter called “Contagious Laughter and the Brain”—when I came upon the following astonishing report (pp.130–31):

Consider the extraordinary events of the 1962 outbreak of contagious laughter in Tanganyika (now Tanzania). The setting was a mission-run boarding school for girls between 12 and 18 years of age at Kashasha village, about 25 miles from Bukoba, near Lake Victoria. The first symptoms appeared on January 30, when three girls started laughing. The symptoms of laughing, crying, and agitation quickly spread to 95 of the 159 students, forcing the school to close on March 18. The school reopened on May 21 but closed again within a month after 57 pupils were stricken. Individual laugh attacks lasted from minutes to a few hours and recurred up to four times. In a few cases, the symptoms persisted for 16 days. Although temporarily debilitating, the laugh attacks produced no fatalities or permanent aftereffects, but teachers reported students being unable to attend to their lessons for several weeks after a laugh episode. The affected girls were highly agitated and often resisted restraint. None of the teachers (two Europeans and three Africans) were afflicted.

The girls sent home from the closed Kashasha school were agents for the further spread of the laugh epidemic. Within 10 days of the school closing, laughter attacks were reported at Nshamba, home village for several of the Kashasha girls. Two hundred seventeen of the 10,000 Nshamba villagers, mostly young adults of both sexes and schoolchildren, were afflicted.

Another outbreak occurred at Ramashenye girls’ middle school on the outskirts of Bukoba, near the home of other Kashasha students. The school closed in mid-June when 48 of the 154 girls were overcome with laughter. Kanyangereka village, 20 miles from Bukoba, was the site of yet another outbreak, with one of the Ramashenye girls being the source of the contagion. This flare-up first involved members of the girl’s family (sister, brother, mother-in-law, and sister-in-law), but quickly spread to other villagers and to two nearby boys’ schools, both of which were forced to close.

Before finally abating two and a half years later, in June 1964, this plague of laughter spread through villages “like a prairie fire,” forcing the temporary closing of more than 14 schools and afflicting about 1,000 people in tribes bordering Lake Victoria in Tanganyika and Uganda. Quarantine of infected villages was the only means of blocking the epidemic’s advance. A psychogenic, hysterical, origin of the epidemic was established after excluding alternatives such as toxic reaction and encephalitis.

The epidemic grew in a predictable pattern, first affecting adolescent females at the Christian schools, then spreading to mothers and female relatives but not fathers. No cases involving village headmen, policemen, schoolteachers, or other “better educated or more sophisticated people” were recorded. The laughter spread along the lines of tribal, family, and peer affiliation, with females being maximally affected. The greater the relatedness between the victim and witness of a laugh attack, the more likely the witness would be infected.

Pretty amazing, I think you would agree, and pretty flat-out marvelous. Life is so great and so grand: who’d have thought such a thing possible? (I love that sending the girls home only made matters worse!) My friend Helen Epstein, a frequent visitor to Tanzania across her many splendid reportages on AIDS and public health in Africa, tells me that there is something specific to the Tanzanian character, a sly and mirthful insouciance, a charming giggliness in the best (and worst) of times, that makes that land the perfect place for such a thing to have happened. Myself, I took to wondering at the political context of the hysterical eruption: how all this occurred within months of the country’s having attained independence—could that have had anything to do with it?, I wondered. Or maybe I took to wondering along those specific lines because I quickly found myself free-associating to another, albeit much, much darker, instance of political hysteria, one I’d read about years ago, in Aleksandr Solzhenitsyn’s Gulag Archipelago (1973), pp. 69–70, which occurred at the height of the Great Terror, to wit… 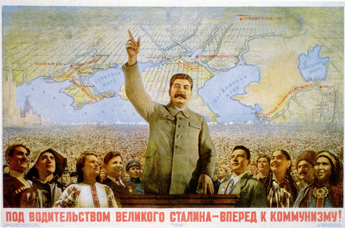 Here is one vignette from those days as it actually occurred. A district party conference was underway in Moscow Province. It was presided over by a new secretary of the District Party Committee, replacing one recently arrested. At the conclusion of the conference, a tribute to Comrade Stalin was called for. Of course, everyone stood up (just as everyone had leaped to his feet during the conference at every mention of his name). The small hall echoed with “stormy applause, rising to an ovation.”

For three minutes, four minutes, five minutes, the “stormy applause rising to an ovation” continued. But palms were getting sore and raised arms were already aching. And the older people were panting from exhaustion. It was becoming insufferably silly even to those who really adored Stalin.

However, who would dare be the first to stop? The secretary of the District Party Committee could have done it. He was standing on the platform and it was he who had called for the ovation. But he was a newcomer. He had taken the place of a man who’d been arrested. He was afraid! After all, NKVD [an early form of the KGB] men were standing in the hall applauding and watching to see who quit first.

And in that obscure, small hall, unknown to the leader, the applause went on—six, seven, eight minutes! They were done for! Their goose was cooked! They couldn’t stop now till they collapsed with heart attacks. At the rear of the hall, which was crowded, they could of course cheat a bit, clap less frequently, less vigorously, not so eagerly—but up there with the presidium, where everyone could see them?

The director of the local paper factory, an independent and strong-minded man, stood with the presidium. Aware of all the falsity and all the impossibility of the situation, he still kept on applauding! Nine minutes! Ten! In anguish he watched the secretary of the District Party Committee, but the latter dared not stop. Insanity! To the last man! With make-believe enthusiasm on their faces, looking at each other with faint hope, the district leaders were just going to go on and on applauding till they fell where they stood, till they were carried out of the hall on stretchers! And even then those who were left would not falter …

Then, after eleven minutes, the director of the paper factory assumed a business-like expression and sat down in his seat. And, oh, a miracle took place! Where had the universal, uninhibited, indescribable enthusiasm gone? To a man, everyone else stopped dead and sat down. They had been saved! The squirrel had been smart enough to jump off his revolving wheel.

That, however, was how they discovered who the independent people were. And that was how they went about eliminating them. That same night the factory director was arrested. They easily pasted ten years on him on the pretext of something quite different. But after he had signed the Form 206, the final document of the interrogation, his interrogator reminded him:

“Don’t ever be the first to stop applauding!”

III.
An Abyss of Constant Forgetting 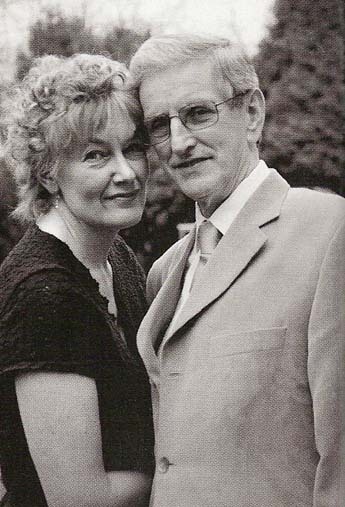 So, anyway, I was already thinking about the strange resonances set off when one places those two stories side by side (isn’t human life marvelous? Is there no end to its abject ghastliness?) when I picked up Oliver Sacks’s latest “Neurologist’s Notebook” piece in the September 24 issue of The New Yorker, a case study that begins: “In March of 1985, Clive Wearing, an eminent English musician and musicologist in his mid-forties, was struck by a brain infection—a herpes encephalitis—affecting especially the parts of his brain concerned with memory. He was left with a memory span of only seconds—the most devastating case of amnesia ever recorded.” There then follows a long story about a very, very abbreviated memory, the sort of Pythonesque existence in which the desperately afflicted man is continually coming to, all of a sudden, out of nowhere, with no sense of how he got there, and no sense a moment later of how he got there all over again, or of who this person before him could possibly be, or who this new (same) person could possibly be, etc. etc. And on and on, with a few exceptions—in particular, the persistence of music as a momentarily ordering extended consolation, and an ongoing recognition of his lovingly devoted wife, Deborah. Sacks, in turn, frequently cites luminous passages from her 2005 memoir, Forever Today, and one in particular (given this recent trill of associations) caught my attention, a passage where she details the sorts of recurrent scripts that the uncannily garrulous Wearing can keep recycling, unawares, sometimes three or four times across a single conversation, as in, for example:

“Have they found life on Mars yet?”

“No, darling, but they think there might have been water…”

“Really? Isn’t it amazing that the sun goes on burning? Where does it get all that fuel? It doesn’t get any smaller. And it doesn’t move. We move round the sun. How can it keep on burning for millions of years? And the Earth stays the same temperature. It’s so finely balanced.”

And so forth, round and round, over and over. Ms. Wearing cites this conversation as but a single instance of her husband’s endlessly hapless and absurdly recurrent cyclings, but (perhaps still in thrall to my recent considerations of Tanzanian laughter and Soviet applause) I couldn’t help but hear something slightly more haunting and miraculous, for in describing the sun like that, what else could Wearing have been describing other than his very self?