Lee Friedlander’s Visionary Trees: An Addendum to the Last Chapters of Everything That Rises

The other day I was visiting the remarkable Lee Friedlander show currently up at the Metropolitan, the one featuring his vantages of trees and landscapes in the parks of Frederick Law Olmsted—one astonishingly fresh and revelatory vantage after another—when I came upon this one in particular: 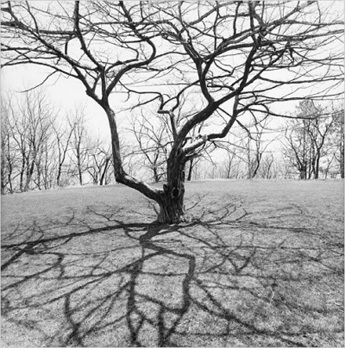 Readers of the final chapters in Everything That Rises will perhaps anticipate the sorts of chords this image immediately started setting off in me—trees, neurons, dendrites, indeed …

And cameras. For as we saw there, to recapitulate, trees, mysteriously, were the preferred subject of depiction in early diagrams of camera obscuras. 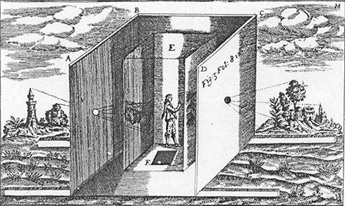 Which in turn was why the artist Rodney Graham conceived of a tree, cast upside down as it would be in a traditional camera obscura, as the focal point for his exhibit … 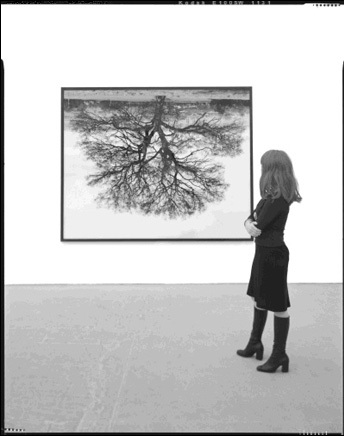 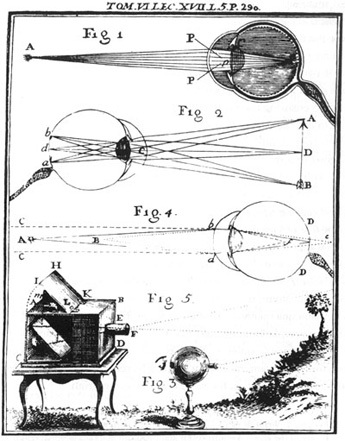 Which in turn suggested for us—and I would here hazard the thought that it was doing the same for contemporary camera-man Friedlander that day in the park—the notion that trees, in their doubledness (the tree above, the roots below), recapitulate the way light itself enters our eyes. 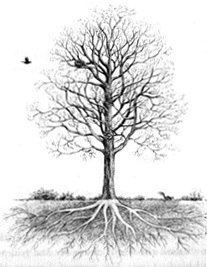 Friedlander’s photo seems to partake of both suggestions: the tree’s shadow reading, on the one hand, as the tree’s roots—but also (note the conspicuous curvature of the horizon line) the tree itself reading as light rays converging on an eye-pupil (say, for the sake of argument, our own eye’s pupil as we gaze upon the image), with its shadow reading as those rays passing through the pupil and fanning out across the interior of the eyeball.

The latter suggestion, for that matter, recalls the way capillaries, blood vessels, likewise course about the eyeball: 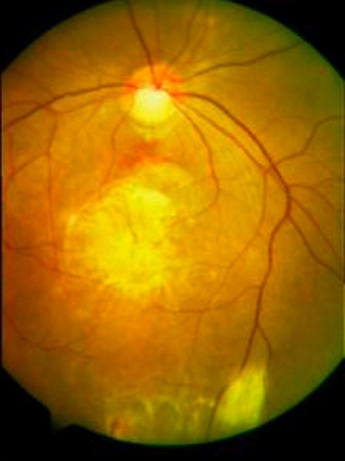 Which in turn reminds me of some of Ruth Asawa’s similarly uncanny tied-wire sculptures, on view not that long ago at the Japan Society in New York, and memorialized in the show’s catalog (The Sculpture of Ruth Asawa: Contours in the Air): 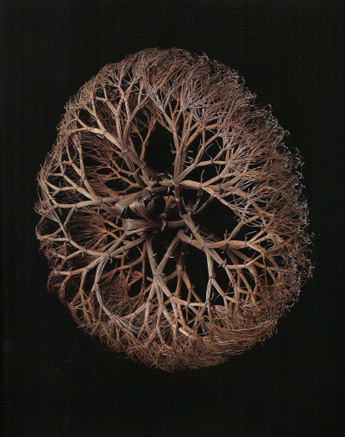 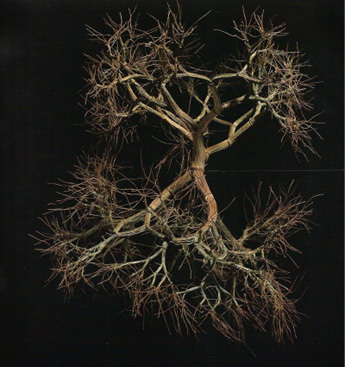