On Tuesday, August 22, 2017, a week after the catastrophe in Charlottesville, there were about ten thousand Trump supporters and seven thousand anti-Trump protesters sharing the same sweltering few blocks in downtown Phoenix, and at least twenty-four of them were carrying loaded handguns and semi-automatic weapons. There were Bikers for Trump and there were roving packs of weightlifters wearing pro-Trump attire. There were men in sleeveless Confederate-flag jackets, and anti-Trump protesters had brought a giant inflated chicken made to resemble Donald Trump. There was a man with a megaphone who asserted throughout the afternoon that homosexuals were going to hell, that drunk drivers should be killed, and women who wore skirts deserved to be raped. There were anarchists, antifascists, and hundreds of heavily armed police officers. The country was boiling in the madness of its most irrational era, and in Arizona it was over 105 degrees and felt far hotter.

That no one died that day in Phoenix defies all logic and all odds. 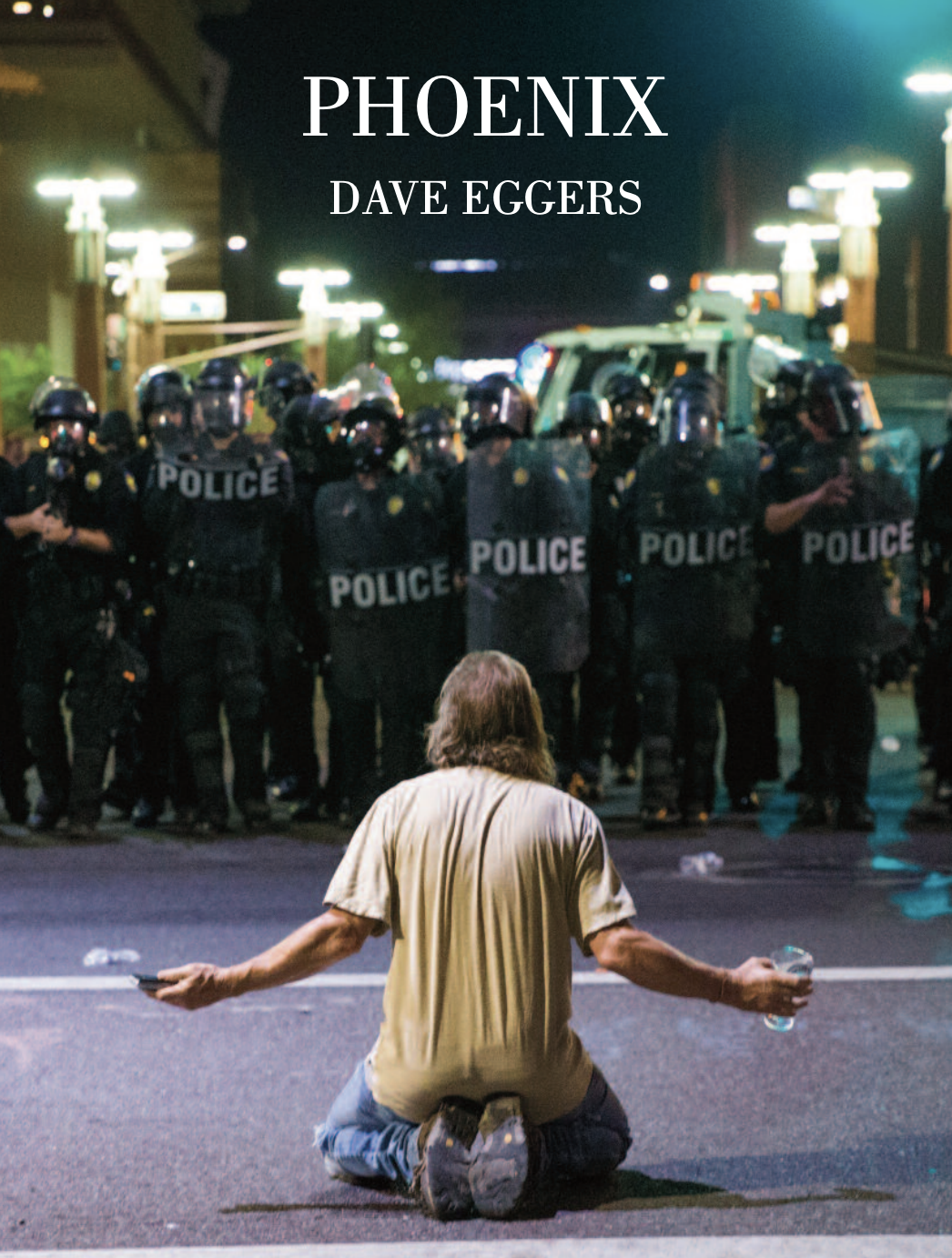