Will Quam: A Brick is More Than Just a Rectangle 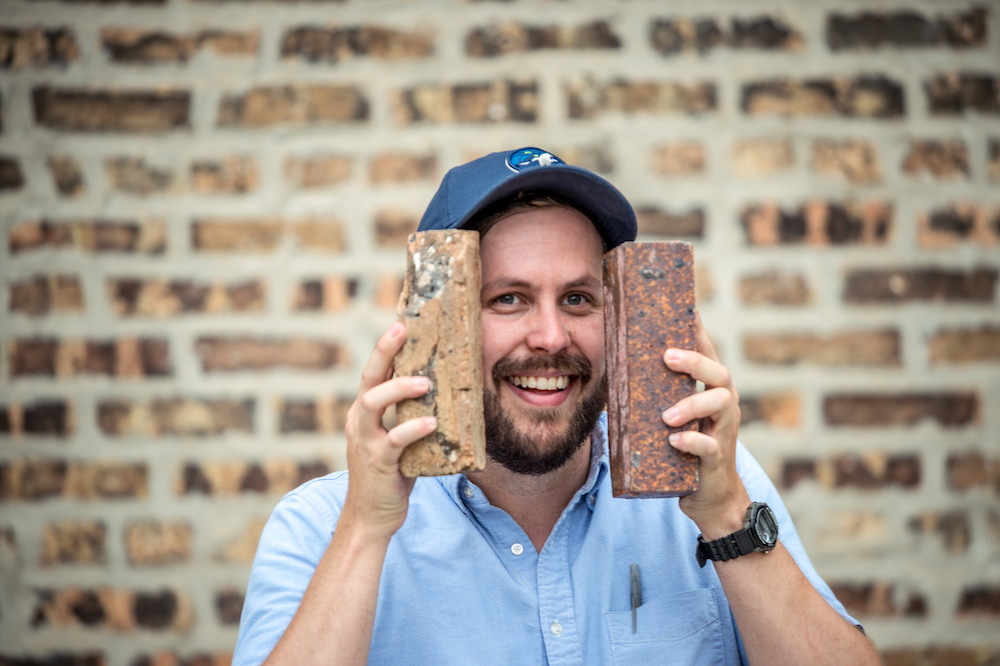 Q: What is your job?
A: I am a brick researcher and brick photographer. It’s sort of a subset of being an architecture photographer and enthusiast. I take pictures of brick buildings and brick walls and then educate the public about the history of the bricks and the building. I also lead walking tours of historic neighborhoods that focus on what you can tell about a building, just by looking at its brick. 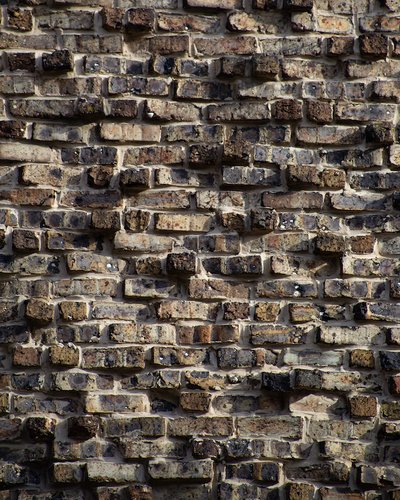 Q: Is it your full-time job?
A: No, I’m also a middle-school theater teacher. Later today, I teach an after-school improv class and then go lead rehearsals for 15 middle-schoolers for a play I wrote.

Q: Wow. That could be a whole other interview. How did you get started with this brick thing?
A: I live in Chicago, and about four years ago I was noticing how there are a lot of repetitive building forms, but the brick and masonry make each one unique. They have different patterns, textures, colors… I started taking pictures and posting them to Instagram as @brickofchicago. People started asking me questions, and I thought, “Shoot, I should probably know what I’m talking about,” which led to a bunch of research. Normally I lead walking tours about brick architecture in Chicago but during COVID I’m doing them virtually. I do commercial photography for a brickyard and various architecture firms as well.

Q: What is there to know about bricks?
A: Oh man, everything. Let’s see… brick has a different name, based on how you orient it. If you picture a brick in your head, you’ve got that long side, that’s called a stretcher. If you turn it so the long side is going backward and the short side is facing you, that’s called a header. If you turn that tall it’s called a rowlock. Take the long-side tall it’s called a soldier, the broad side it’s called a sailor, and the broad side long, it’s called a shiner. The way you lay brick into the wall has a name too. It’s called a bond. There is English bond, Scottish bond, American bond, Flemish bond, Monk bond, Sussex bond, Rat Trap bond… I have a whole section about it on my website. And there are different techniques that are used to make brick, and every location where they were made is different. Every place has its own geology, and thus, its own brick.

Q: What’s the brick in Chicago like?
A: Chicago has clay with a lot of lime and aggregate and variable levels of iron. After the fires in 1871 and 1874, we made these yellow, pink, and red bricks from the sand and clay here. These are called Chicago Common bricks. They were cheap to make, and you’ll see them all along the sides and the back of the buildings here. The fronts of the buildings have what’s called “face brick” from places with nicer clays, like St. Louis or Pennsylvania. St. Louis has very fine clay with very even amounts of iron, good for making red bricks. If you go to St. Louis you will see that all of these little houses are covered in this crisp beautiful brick, because it was abundant there. Milwaukee’s clay has barely any iron in it. It’s a red clay, but when you fire it, it turns a chalky milky color. That’s why they call Milwaukee the cream city, from the brick, not the cows, surprisingly. It’s a porous brick, though, so a lot of the buildings there have turned black with soot. 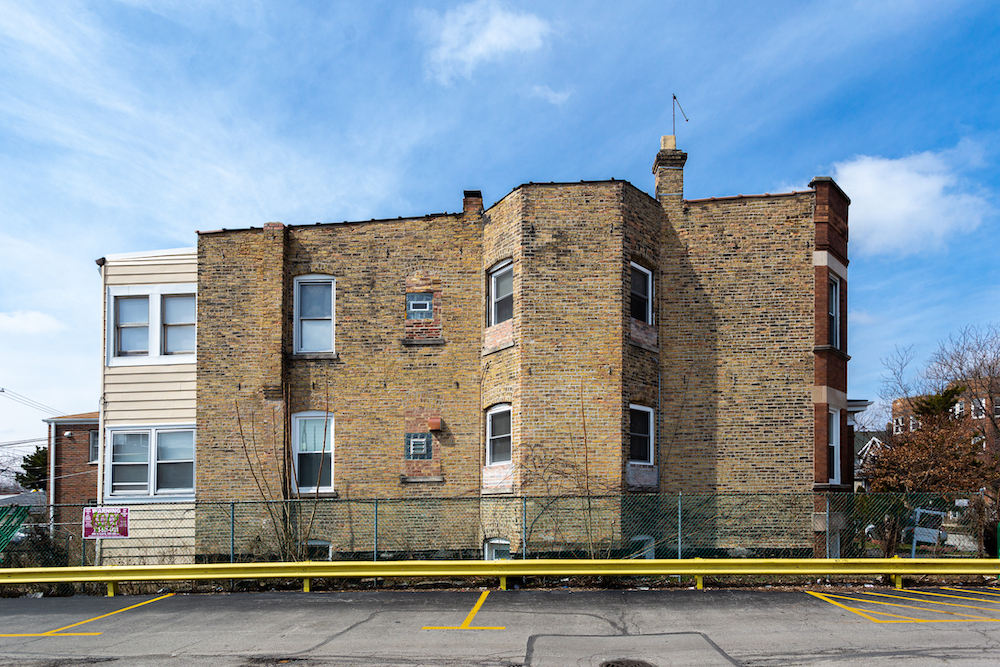 Q: Do you know other brick experts?
A: I know an international network of enthusiasts through Instagram. I’ve made friends who document brick in their cities around the world. My good friend owns a brickyard here in Chicago, and I’ve learned a lot from him and other tradespeople. I’ve gotten involved with the International Masonry Institute here in Chicago, and I’m a member of the International Brick Collectors Association. I’m also a columnist for Masonry Design Magazine.

Q: I wonder how many people subscribe to that magazine.
A: I don’t know. My mom subscribes. I have a collection of about twenty bricks and there are people who have collections of upward of three thousand.

Q: Where do you put them?
A: I put them on a bookshelf in my apartment. I can’t get too many. But people build sheds… There are three meetups per year for the Brick Collectors Association to trade bricks. 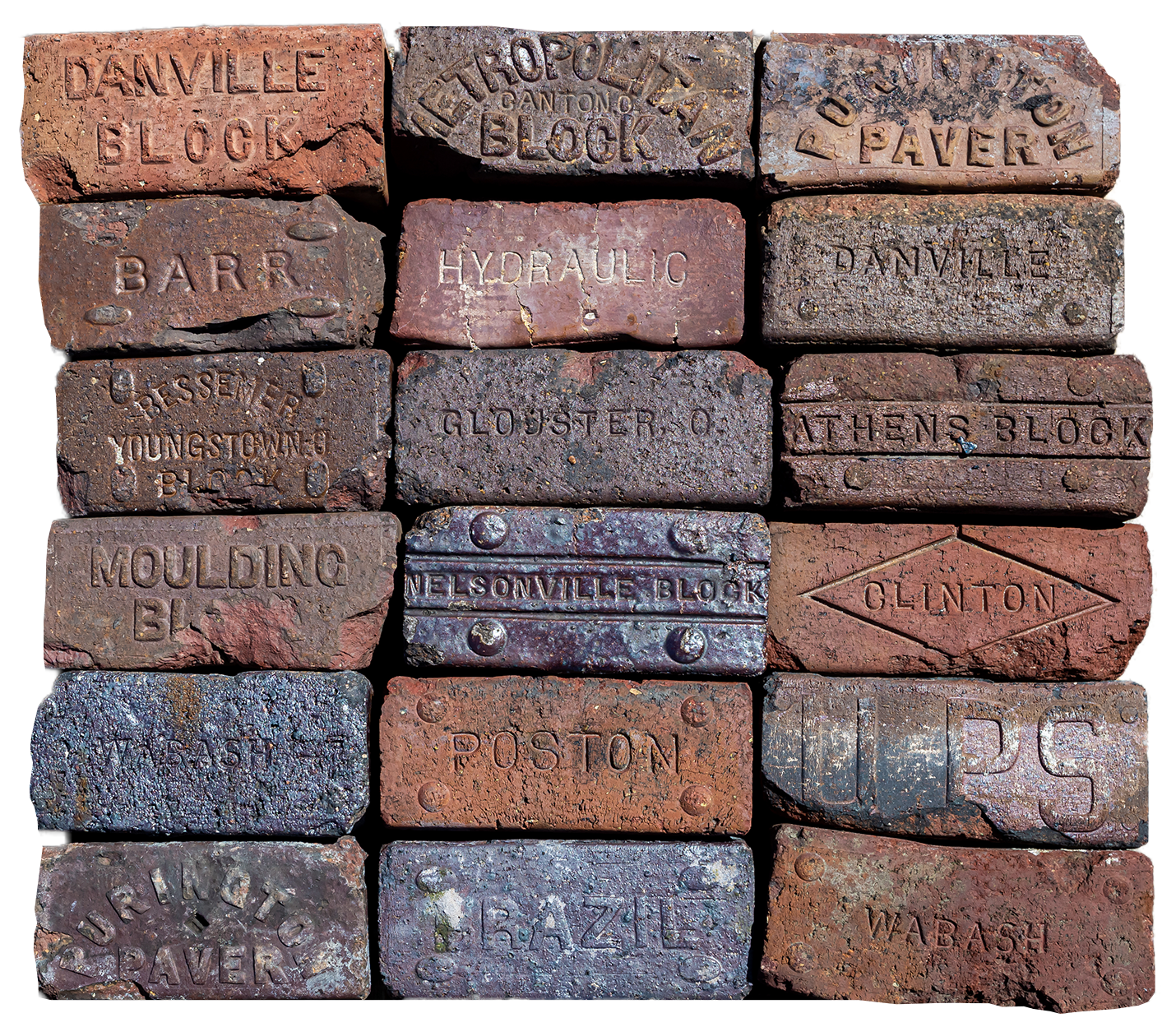 Q: It seems like it would be expensive to check a bag full of bricks.
A: Most people drive to the swaps. I recently met someone from the Netherlands who is going to try to mail me one. I’m really trying to get my hands on a McFeely fire brick. Fire bricks are used to line kilns. McFeely was a fire brick company started by Mr. Rogers’ grandfather, so it combines my love of teaching with my love of bricks.

Q: Are there any other bricks you’d like to have?
A: One of my neighbors has a brick they use to hold up their air conditioner, but the air conditioner is not there right now. The brick is called a “scratch and smooth,” and I really want it. I have to figure out what unit they live in so I can send them a letter and see if they’ll let me have it.

Q: You realize that will make you look insane.
A: Yeah, I do, and my girlfriend also lovingly reminds me regularly. It took my friends a while to understand that I was serious about this, and not being ironic. A lot of people don’t initially understand my interest but when I talk about the history and the design and the intentionality of everything, they get excited and surprised, which is part of what I love. Nobody expects a brick to be more than just a rectangle.

Q: It seems you have a future in this.
A: It’s become more and more of my job. I’m doing commercial architecture photography, doing marketing for a brickyard… My goal is to keep expanding. I love photography, and I would love to write a book about the history of brick in Chicago.

Q: I think if you email HGTV they will probably give you a show.
A: I think so.