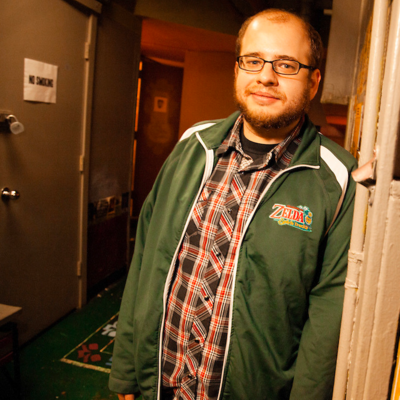 Mike Drucker is a writer and comedian in Los Angeles, California. His stand-up has been featured on Audible, SeeSo, and at the Montreal Just for Laughs Comedy Festival. His writing has been nominated for an Emmy and a Writers Guild Award. He’s written for Adam Ruins Everything, the Onion, the White House Correspondents Dinner, Bill Nye Saves the World, The Tonight Show, Late Night, and more. He also was an English language writer for Nintendo of America, which won’t help is career but is nice. He’s trying his best.