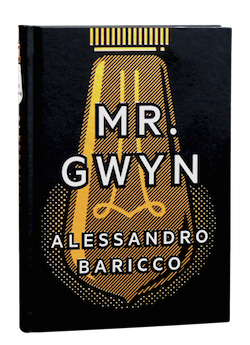 After celebrated author Jasper Gwyn suddenly and publicly announces that he will never write another book, he embarks on a strange new career path as a “copyist,” holding thirty-day sittings in a meticulously appointed room and producing, at the end, brief but profoundly rich portraits in prose. The surprising, beautiful, and even frightening results are received with rapture by their subjects—among them Gwyn’s devoted assistant, Rebecca; a beautiful fabric importer; a landscape painter; Gwyn’s own literary agent; two wealthy newlyweds; a tailor to the Queen; and a very dangerous nineteen-year-old.

Then Gwyn disappears, leaving behind only a short note to his assistant—and the portraits. As Rebecca studies his words, she realizes that the mystery is larger than the simple fact of Gwyn’s whereabouts, and she begins to unravel a lifetime’s worth of clues left by a man who saw so much but said so little, a man whose solitude masked a heart as hungry as hers.

The New York Times says, “Baricco has written a tender meditation on the almost imperceptible ways in which people, and books, can change us, resonate, call out over the years, sending us back in time and destabilizing us, like so many Trojan horses smuggled into our lives under cover of darkness.”

Mr. Gwyn is out now, and you can order the book right here.

There was the hotel, with its slightly faded elegance. Probably in the past it had been able to keep certain promises of luxury and civility. It had, for example, a fine revolving door of wood, the sort of detail that always inspires reveries.

Through it a woman entered, at that odd hour of the night, apparently thinking of other things, having just got out of a taxi. She was wearing only a low-cut yellow evening dress, with not even a light scarf over her shoulders: this gave her the intriguing air of one to whom something has happened. There was an elegance in her movements, but she also seemed like an actress who has just left the stage, relieved of the obligation to play her part, and reverting to some more sincere version of herself. Thus she had a way of stepping, wearily, and of holding her tiny purse, as if letting go of it. She was no longer very young, but this suited her, as happens sometimes to women who have never had doubts about their own beauty.

Outside was the darkness before dawn, neither night nor morning. The lobby of the hotel was still: clean, soft, its features refined, its colors warm; silent, the space carefully arranged, the lighting indirect, the walls high, the ceiling pale, books on the tables, puffy cushions on the sofas, paintings thoughtfully framed, a piano in the corner, a few necessary signs in a deliberately chosen typeface, a grandfather clock, a barometer, a marble bust, curtains at the windows, carpets on the floor—a hint of perfume.

Since the night clerk, having placed his jacket over the back of a plain chair, was, in a small nearby room, sleeping the light sleep that he was a master of, there would have been no one to see the woman who entered the hotel if it weren’t for a man sitting in an armchair in a corner of the lobby—irrational, at that time of night—who saw her, and then crossed his left leg over the right, when before it had been the right that rested on the left, for no reason. They saw each other.

It felt like rain, but then it didn’t, said the woman.

Yes, it can’t seem to make up its mind, said the man.

Are you waiting for someone?

I’m so tired. Would you mind if I sit down for a moment?