Buffy In Synchronicity At the Pawn Shop 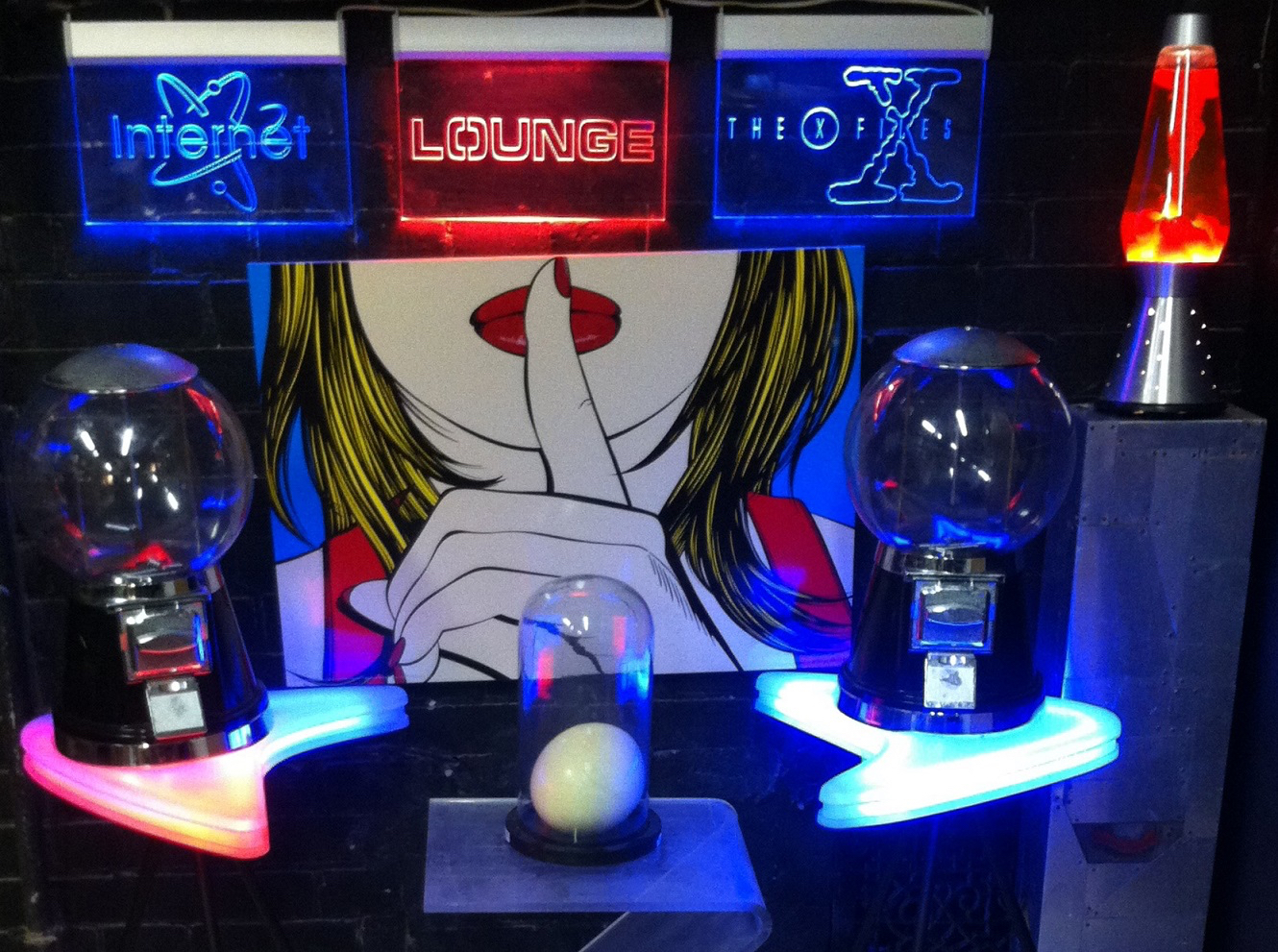 Q: Where did you work?
A: It was a pawn shop, but it was also a vintage and antique and collectibles shop.

I’d just moved to the big city and this shop was in my neighborhood.

I was like, “Whoa, this place has a vibe.” Second-hand has been an interest of mine since high school. So I was aware of this store right away.

It was so cool, so magical, and so seedy.

Back then, a lot of my friends were getting “real” jobs, but I wouldn’t trade those years for anything.

Q: What kinds of things did you have there?
A: We sold everything. The most popular was industrial and mid-century modern style. We also had tons of jewelry, furniture, housewares, clocks, lighters, a lot of original art…

They had clothing and costumes, furniture, electronics, designer handbags…

The first day I was there, my boss had me price Samurai swords. At one point we consigned a 4000-doll collection. I had to research it and price it.

Anything you needed, they had it there. It all combined to produce this amazing storefront.

Q: What was it like to work there on a daily basis?
A: We were constantly high. We were always buying drugs and doing them.

When the pawn shop was closed, we’d look on people’s cameras and computers, just to see what we could find. We’d play people’s instruments — the stuff that they’d pawned.

There was also a warehouse where they kept things. One time we went there after work and there was a full McDonald’s playground in there.

Q: A McDonald’s playground? I’m jealous.
A: Yes. They had everything there.

Another reason why working there was fun and crazy and riveting — the guy who owned it was an amazing person.

We’d take ecstasy… We’d take telescopes and go up to the roof. There was a screen-printing machine and we’d make t-shirts. We started a band with the instruments people pawned. I played guitar and my boss played the drums.

It was weird — I’d say something like, “I want a kaleidoscope,” and someone would bring one in that day. At some point we were just convinced that we were sorcerers or something.

You know that word synchronicity?

Q: Ha. Yes.
A: It would be things like, “I got stains on my pants from the printing press” and I’d go to the racks and find like a sequined top from 1967 that fit perfectly. Everything just worked out there. Like I’d put on a skirt and it would fit exactly right.

There was a 1977 Williams pinball machine that was rigged up for free games. That was the year I got really good at pinball.

On the business side, they didn’t pay rent, because there was a silent partner who owned the building.

When I started there, the silent partner would come in with duffle bags of cash. I thought, “They’re definitely laundering money.”

Turns out he was just supplying money for the loans.

Q: What kind of things did people pawn?
A: One woman would bring in her gold grills.

I wasn’t there but one time someone tried to pawn their titanium prosthetic legs. Our ethical code was pretty suspect but we drew the line on that one.

Q: Any other crazy stories?
A: Let me think… There was a gun in the safe and we played limbo with it. We spent a lot of time hanging out in the back room.

And I was like, “Sure,” and then I set up limbo and did the limbo, took some pictures with it. I don’t know what ever happened to that gun.

What else… The whole I time I worked there, there was this guy who sold us groceries that he stole.

My fridge was full while I worked there. I’d have smoked salmon, steak, swordfish, lobster. He stole them, I bought them.

Q: Sounds a little shady.
A: There was a lot of seediness to it. We didn’t sell stuff that was obviously hot but there was definitely a cycle of nefarious activities.

One night we went to the warehouse and found a bag of shredded cash and we put it into bottles and sold them as “prosperity bottles.”

We’d find a couch on the street and we’d sell it.

We sold art that we made. We fixed shit up or made stuff ourselves. I produced a collection of art and my boss was my biggest supporter.

Q: Why did you leave?
A: I thought, “Am I gonna buy into this business? No.” I was ready to move on. But I always got first dibs on things that came in, and there are traces of the pawn shop all over my apartment.

Q: Is this business still there?
A: Sadly, no. It went out of business.

We couldn’t be stopped. We drove the business into the ground. Or I’d say at least I didn’t do anything to stop it.

Q: This sounds like you had a great time.
A: We did a lot of crazy things, but I guess I would say I emerged unscathed.