When considering the most important figures in history, a few names come to mind. Yours and mine, of course, but also one more: Jesus. While many consider Jesus the son of God, the central figure of Christianity, the awaited messiah, the inventor of stained glass, and the guy from the big statue that television and movies show us to establish that the setting is Rio de Janeiro, conspiracy theorists view Jesus in a different, less holy, light.

Is the Bible a truthful account of Jesus of Nazareth, his disciples, and his teachings? Did Jesus even exist or is he like Santa Claus, fake, fat, and the creation of Coca-Cola? When turning water into wine, was it only red wine? I feel like it’s always red wine in pictures, but could it be white wine or rosé as well?

By examining the claims of conspiracists, debunkers, and rebunking with my own blessed thoughts, I’ll attempt to lift the Shroud of Turin and reveal the truth behind the Church’s favorite mascot.

Does Jesus’ story hold water that he can walk on or is this just another tale of a carpenter that lies and dies and makes it so I have to build my own damn gazebo?

Conspiracy Claim: Jesus’ favorite and most important disciple was Mary Magdalene. With Mary, Jesus sought to make women feature more prominently in Christianity, a fact that the Church covered up, as it opposed their male chauvinistic agenda.

Debunking Claim: Only certain Gnostic Gospels purport this belief and such texts are specious at best, hence why they weren’t incorporated into the Bible. Jesus’ thoughts on the role of women in the Christianity aligned with those of the Church. 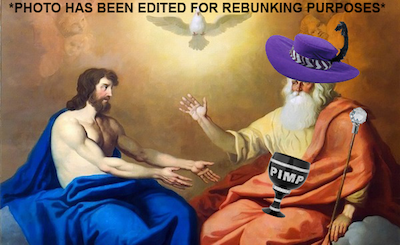 Conspiracy Claim: Not only was she favored, the Gnostic Gospel of Philip refers to Mary Magdalene as Jesus’ partner, proving that the two were married and might have had children. The bloodline of Christ may very well still exist.

Debunking Claim: Not only is that text not considered canonical by the Church, the Greek term that supposedly describes Mary as Jesus’ “partner” actually refers to a partnership in faith or business, not a romantic or sexual relationship.

Rebunking Claim: The Da Vinci Code, a best-selling novel and best-Tom Hanksing film, develops this conspiracy theory in such detail that it is impossible not to draw one obvious conclusion: Dan Brown, author of The Da Vinci Code, is Jesus’ living descendant. If you don’t immediately take my word for it, how dare you, and also, just think, what would we expect out of Jesus’ living heir?

1. To disseminate his or her views to the world. Dan Brown is a world renowned, and world tolerated, author. CHECK.

2. To reference Jesus with an anagram of his or her name. Dan Brown easily becomes Ban Drown. What better way to ban drowning than to walk on water? CHECK.

3. To be Jesus’ living heir, he or she would undoubtedly be alive. Dan Brown is, and here’s the smoking crucifix, alive. CHECKMATE. 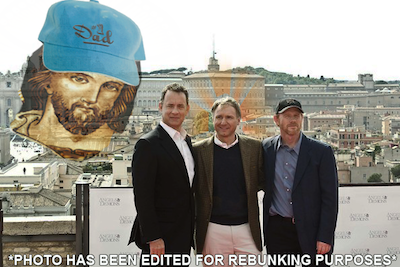 Conspiracy Claim: Roman soldiers only assumed Jesus had died during crucifixion, when in actuality he merely fainted and was taken down from the cross. Thus, the “resurrection” was merely Jesus regaining consciousness, not a mythical return from the dead proving Jesus’ claim as the son of God.

Debunking Claim: Roman law was very precise and thorough regarding crucifixions. There isn’t a possibility that Jesus was removed from the cross while still alive.

Rebunking Claim: Whether Jesus died or survived his time hanging out on the cross is irrelevant, what mattered to the Church was that he was on the cross. Why? Where do you think the Catholic Church’s money, rumored to be around $15 billion (5 Avatars worth of money!), comes from? Real estate holdings and investments in banking? Ye of little faith and even less knowledge! It’s from selling crucifixes and crosses! The religion aspect is nice and everything, but the Church is all about the merch. 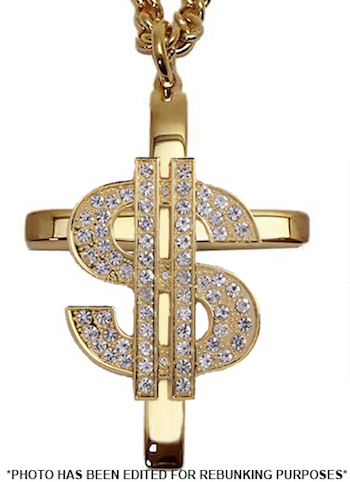 Conspiracy Claim: The Church has suppressed and erased evidence of Jesus’ belief in reincarnation as it does not fall in line with the Church’s other tenets and teachings.

Debunking Claim: This claim only stems from the writings of Origen, an early Christian theologian who was later considered a heretic. None of the numerous other theologians or Biblical scholars support Jesus’ espousing a belief in reincarnation.

Rebunking Claim: Jesus believed all sorts of crazy stuff that the Church has attempted to cover up. He even planned on adding 5 additional Commandments to the established ten, however the Church conveniently made these changes “disappear.” Below is the only surviving proof of Jesus’ proposed additions, which I photographed inside the Vatican’s vaults while posing as a City Pope Inspector, I job I hadn’t actually had for months. 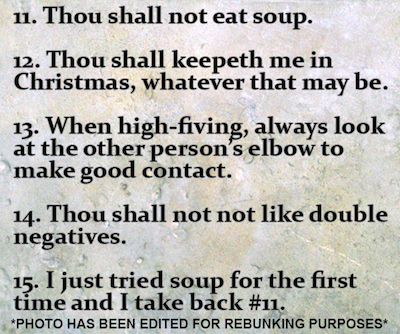 Conspiracy Claim: Jesus simply didn’t exist. Jesus and Christianity were invented by members of secret societies and mystery schools into order to unify the Roman Empire under one state religion.

Debunking Claim: This “Christ-Myth” theory finds virtually no support from scholars. Even non-religious scholars believe in the historical evidence that Jesus was a real person and had some involvement in the creation of Christianity.

Rebunking Claim: Jesus had to exist or else Dan Brown wouldn’t be here. And if Dan Brown is one thing, it’s here. 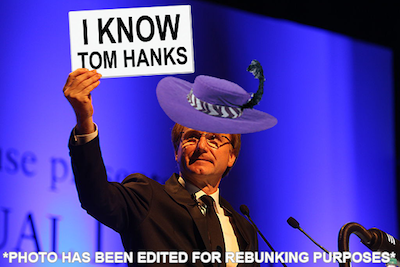