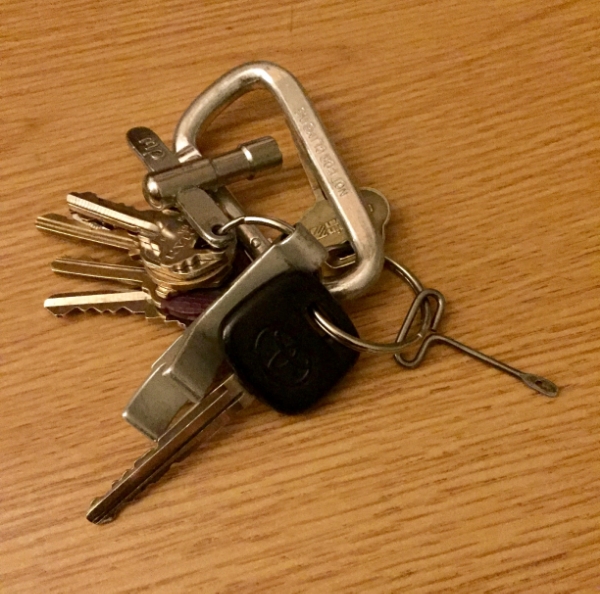 In 1992 I worked at a summer camp. I was 18, loud, and had no real responsibility. My friends and I hammed it up all summer, repeating Monty Python skits about Spam and dead parrots at meals, while we worked, and during evening campfire skits, all with that blissful lack of self-awareness particular to teenaged boys. We must have been insufferable.

A new ranger started working at camp that year. He spent the early part of the summer cleaning out his predecessor’s house and kept us enthralled with descriptions of what he found there. For most part it was what you’d expect — years’ worth of normal, sad detritus — and, oddly, several 30-year-old cans of Spam.

My friends and I couldn’t believe it.

The old cans of Spam looked a bit different than the contemporary ones we were used to seeing. The lettering on the label design was a little rounder, and the picture of the meat wasn’t as sharply focused. Also, each can had a little slotted key stuck to the bottom. The concept was simple enough — fit the key’s slot over the tab on the can and twist slowly to reveal the “goodness” inside — but it was nothing like the modern pull-tab cans we were used to seeing.

As ringleader, I had the job of opening one of the 30-year-old cans. What we found inside was virtually identical to the contents of a new can we’d bought earlier in the summer. The portion was a little bigger, but the meat was otherwise indistinguishable from its modern counterpart. This similarity struck us as both disgusting and hilarious. We redoubled our Spam shenanigans.

I laced the Spam key onto my key ring, where it remains today, a reminder of a fun summer, a stupid joke, and the indestructability of a certain canned foodstuff.