Scientists have discovered new data, which will surprise you but confirms what medical journals have been saying all along: your positive attitude is useless beneath what research shows is your ineffectual talent and nonexistent personality. While you continue to quote self-help books and law of attraction mantras, which do actually work for attractive people and those who have struggled to perfect a skill, the scientific community is in unanimous agreement that your mediocre work ethic and lack of sexual prowess render any positive attitude futile.

Furthermore, the data suggests that despite reading The 7 Habits of Highly Effective People thirteen times, and purchasing the title both in audio and paperback twice, along with the incomprehensible back tattoo, HABITS = MEBITS, it did little to hone even one of the coveted habits. In fact, a team of junior analysts has been scouring data on your manners and have concluded that your behavior is wreaking havoc on civilized society.

Most interesting about the data, according to scientists, is the amount of time and money you’ve wasted cultivating a positive attitude, which, not to belabor the point, has done nothing to turn the dial on your success. If instead of reading about how to obtain a positive attitude through the law of attraction or astrology, or purchasing lucky crystals or potions, you had just applied all your resources into working harder, the analytics suggest you’d be much further along than where you find yourself now, which is not a good place.

Perhaps a bit too preachy, and probably a research paper you don’t want to peruse, considering you’re living in your parents’ basement and dating their insurance salesman, but the scientists insisted we mention it: your mother and father were oddly accurate in the advice they dispensed, and continue to dispense. Had you not fallen down the dark path of positive reinforcement through the feel-good law-of-attraction books and quixotic life coaches, and instead listened to their counsel, our data team believes you would likely be enjoying a much more fortuitous existence.

The important thing, which is impossible to prove under current scientific standards, is that if reincarnation exists, then most likely you were a lazy, uninspiring data point in past lives as well. You were never a famous gladiator; more believable, you arrived late to the Coliseum and, as a spectator, spent the event complaining about your shitty seat. You were never a beautiful princess; instead, the numbers imply you lived in a village thirty miles from another village where a prize pig was slaughtered for the princess’s marriage, which did not last. And that was the most spectacular spreadsheet of that particular past life. 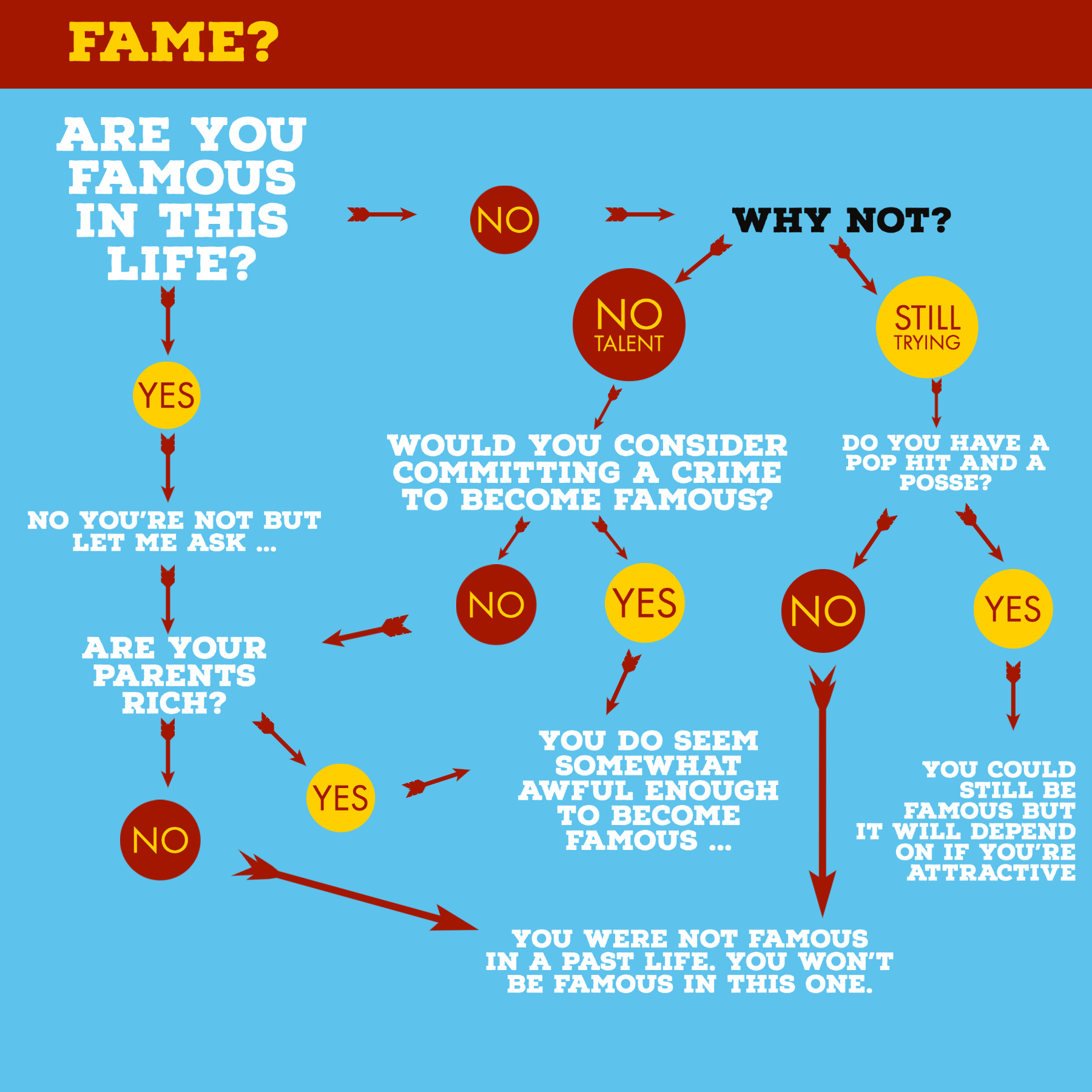 No one is saying positive thinking doesn’t work. It does. Science is simply saying that it doesn’t work for you. There is a limited supply of every energy: oil, trees, chickens, oceans, positive thinking. In the same way science hopes to curb global warming for the good of humanity, science needs you to stop attempting to tap into the positive outlook. You gave it your best shot. It did not work. It’s time to settle into a nice, comfortable pessimistic ideology, which, as our team has concluded, is cheaper and more accessible and will produce the same results as your current half-glass-full nonsense.