In the year since this column began its circuitous journey around Southern California medical marijuana dispensaries, there have been a number of changes in marijuana legislation across the country.

Illinois legislation passed in 2013, making medical marijuana legal with possession limits as of Jan. 1, 2014. Maryland, Minnesota, and New York passed legislation in 2014. Each joins the list of 23 states and Washington D.C. with various forms of legalization, an interesting mixture of rules that establish number of plants (including mature vs. non-mature in growth); whether the medical marijuana is edible; ranges of days—and months—supply; and amount allowed, typically measured in ounces. On a recent trip to Washington state, where marijuana has been legalized for recreational use, medical marijuana dispensaries greatly outnumber recreational retail outlets.

Meanwhile, in Los Angeles, a preliminary injunction was successfully issued within the last week on behalf of the city attorney to prevent continuing business of a marijuana farmers market that popped up in Boyle Heights over the July 4th weekend. The reason the injunction was successful, the city attorney’s office claims, is that the collective has not provided evidence of mandatory electronic fingerprinting and is out of compliance with the city’s Proposition D that puts a limit on the number of dispensaries in operation. As KPCC reports, City Attorney Mike Feuer stated, “This is another victory in our continued enforcement of Proposition D.”

While the injunctions are issued, new dispensaries have managed to pop up around and under the nose of the city’s legal apparatus. I’ve noticed a new one on what is a daily commute route, not even a mile from my house, that’s opened within the last month.

When I checked in with Tony Tucci, one of the subjects of the very first column in this series, I find that he is no longer with The Natural Way dispensary but now consults for a publicly traded company in the cannabis industry.

What a difference a year makes.

When I began the series my intention was to document a culture that not all of us have or even want access to. Mostly in the company of my consort, also known as my companion, we managed to successfully obtain prescription cards that would allow us entry to dispensaries in Hollywood, West Hollywood, Marina del Rey, Venice, Sherman Oaks, West Los Angeles, and Culver City, with side trips to Palm Springs and Anaheim, and unexpected failed attempts in Long Beach. My “card,” which is actually an overly large certificate printed on light card stock folded into fourths and carried on my person at all times should I decide I have time to pull into a dispensary for the column, expires at month’s end.

In the beginning I was someone who had an interest in what this culture looked like from the inside. My inner fifteen-year-old sometimes emerged. Wow! she piped up in my head every time we were buzzed in, or standing over a selection of jars as a beautiful young woman stood by, long tweezers or chopsticks at the ready, I can’t believe you can just walk in and buy this!

The truth is, it’s a feeling that still floats up whenever I walk into a dispensary. It is a kind of surprise that in my lifetime that this illicit thing—something I defended as a medicinal plant during my adolescent years, then largely swore off, except for an annual check through my twenties to remind myself of my dislike—is now available via prescription to the millions who suffer serious chronic illnesses and debilitating pain.

My initial forays into dispensaries found me looking for connections: Star Trek regalia decorating walls, water bowls for those walking their dogs. Of course the ubiquitous marijuana leaf illustrations popped up, as did a rather limited range of iconography that seemed to serve to encapsulate the presumed shared culture of the dispensary customers. Over the course of the year I also witnessed cleared-out storefronts where shops either did not take hold or, were closed possibly due to non-compliance with the city’s Proposition D. Then, too, are the shops that have just opened and the ones that will continue to open despite the voter-backed Proposition. All of which must point to the ongoing need to evaluate (and in many cases, update) marijuana laws and, I would argue, begin studying more closely the patient/consumers who use the dispensaries to deal with a range of medical and other issues.

While Los Angeles still feels a bit Wild West concerning its dispensary culture, it feels increasingly more important to keep documenting what directions the culture will grow, how it will be set back, how it will adapt to the changing scenery outside the often-barred windows and alarmed doorways. I will not be the one documenting this “beat” any longer, but I will continue to follow my curiosities around the city, of which this was one I was privileged enough to pursue, for me and for you, in this year-long column. Thank you for reading. 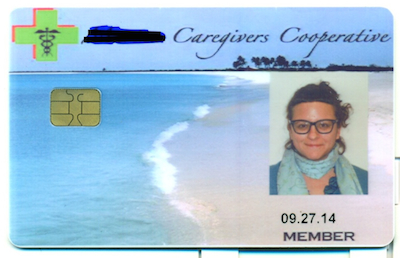