This week, our beloved authors are wielding their words in order to ease your shopping indecision—yep, it’s Authors’ Choice Week! Every day we’ll be running an article right here, on the Tendency, in which a McSweeney’s contributor highlights their favorite McSweeney’s items. And to top it all off, we’re taking their picks and turning them into deals-of-the-day at the McSweeney’s Store. We encourage online window shopping, if only just to behold these once-in-a-lifetime deals. 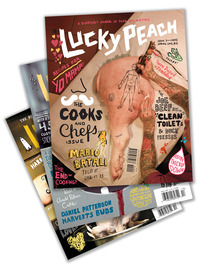 Today, December 14th, Lucky Peach Contributors are breaking free from the food-filled context in which we recently encountered them, to advise you on how to best fill your shopping carts. And today—their guidance is of the utmost importance because it’s the last day we can guarantee an on time Christmas arrival with standard shipping, so there is no room for hesitation. Due to this urgency, we’re significantly discounting books and periodicals.

Furthermore, if you wanted to give the gift of a subscription, we’ve just unleashed these brand new McSweeney’s Gift Certificates, that come in the handy amount of $50, $100, and $200 amounts.

YOU CAN FIND MOST OF THESE ITEMS FOR 50% THEIR COVER PRICES AT THE McSWEENEY’S STORE TODAY AND TODAY ONLY!

I grew up with Charles and Mary Lamb’s Tales from Shakespeare; as a child I assumed the Lambs were a married couple. But they were siblings, both troubled (Mary more so—at 31 she killed their mother and lived in and out of asylums for the rest of her life). Matthea Harvey took David Cecil’s biography of Charles and created a poetic erasure that imagines an aching, fraught romantic relationship between a girl named Mary and a fleecy male lamb named Lamb. She melds the story of the Lamb siblings and the children’s song with haunting and perverse results. Porter’s drawings are precise, delicate and very strange. Around the time that I first read Of Lamb, a church in my town had this on its plastic back-lit sign: “Mary had a little lamb, and He died for your sins.” Whenever you have a Mary and a Lamb, there’s that aspect as well, of course.

Meehan is simply one of my favorite writers. He makes food into narrative like nobody else. He works his magic again in this piece about the local wild ginseng hunt, trade, and use—it feels like a lost story from Jesus’ Son. 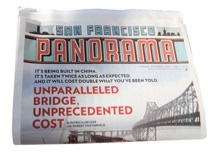 “Fighting Foreclosure: Wells Fargo, You Never Knew What Hit You”

by Wajahat Ali, from The Panorama, McSweeney’s Issue 33

Ali, a young unemployed attorney, gets free business cards made by Vistaprint, takes a look at bankruptcy law on the internet, and winds up in a mad race to save his sole clients—a Filipino-American family whom he calls the Lipkins—from foreclosure. Alice’s experience in Wonderland is sober and logical compared to Ali’s quest. 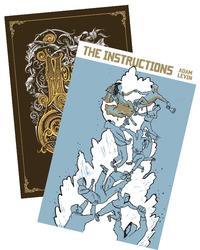 Have you ever wondered what a quarter could do? Have you ever thought that perhaps you could be underestimating the power of small change? The answers to those questions and many others lie in The Instructions. A Moment in the Sun because it is a work of historical fiction like none that I have ever read before and the cover art is outstanding. 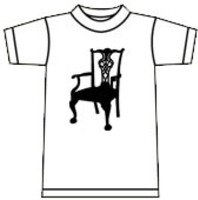 A Year of New Shirts Subscription

To keep us all looking classy.

And a note from Gideon Lewis-Kraus, whose piece “Chinatown, Real and Imagined” appeared in Lucky Peach’s Chinatown Issue:

Between 2002, when McSweeney’s moved to San Francisco, and 2007, when I moved away from San Francisco, I hung around the place as often as they’d tolerate it, first as an intern, then as a kind of errand artist, and ultimately as a copyeditor and number runner. I guess any time is a great time to be around McSweeney’s, but the very early years of the Believer felt like a particularly auspicious moment; Andrew Leland, then the managing editor and now one of the articles editors, was constantly sending me thirty-seven-exclamation-point emails about an essay that’d just come in from some new writer destined for greatness. It all seemed like standard-issue youthful hyperbole at the time, but now that the better part of a decade has passed, it turns out he was totally right about the whole destiny thing. I went back and chose five of the first pieces I loved from writers who’ve gone on to become some of my current favorites. 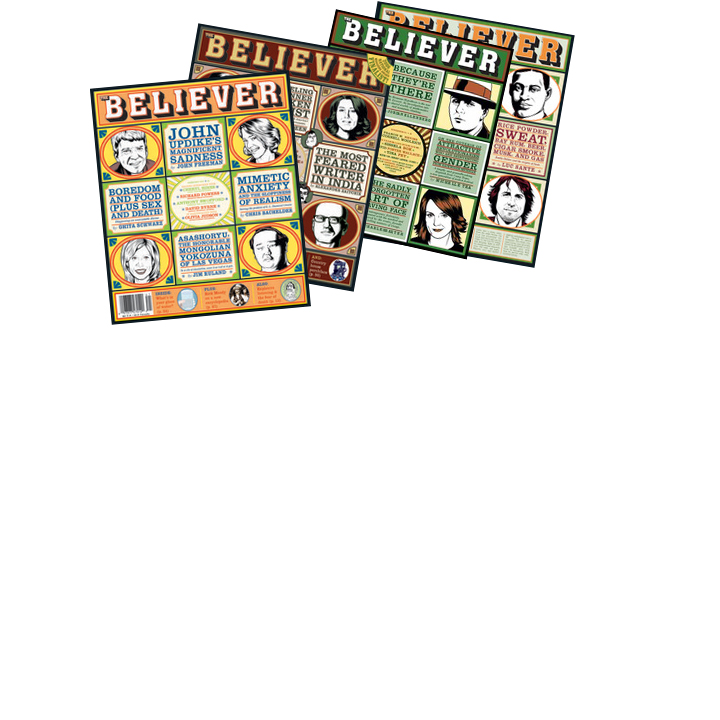 by Michelle Tea, from The Believer, November 2003

There had been rumors over the course of that first summer at the Believer that Michelle Tea was writing a twenty-three-thousand-word dispatch about the transgender camp at a utopian womyn’s festival in Michigan, and when it finally came in, everybody in the whole office upended their desks and settled in to read it right away; when, some hours later, we began to speak out loud again, even the interns were like, This is going to make us all famous. At any rate, now she’s the cult hero Michelle Tea. Well, I guess even back then she was the cult hero Michelle Tea, but her cult was a more exclusive thing. I don’t know how this dispatch never appeared in book form. This issue will be a collector’s item some day. It probably already is.

by Kevin Moffett, from The Believer, November 2004

This is one of my favorite things the Believer ever ran: a vertiginous memoir of the time Moffett spent writing for an amusement-park-industry trade bulletin. He gets deep into the technical specs of roller coasters, and deep into the emotional specs of a few years spent writing about them. Since then, Moffett has published two collections of short stories, and he was one of the principal contributors to Eli Horowitz’s path-clearing The Silent History.

by Jenny Davidson to the Believer, August 2006

It’s hard to say what Jenny Davidson doesn’t do. She’s written YA novels and adult novels and scholarly books about etiquette in the eighteenth-century novel. She also has a great blog, and is a professor at Columbia. This piece, the first thing I’d read of hers, was about the collected real-estate columns of Toni Schlesinger, whom I’d never heard of, and I’d certainly never thought I’d care about.

by Rachel Aviv, from the Believer, February 2007

Rachel Aviv is far and away my favorite young New Yorker writer; if you haven’t read her pieces on psychiatric hospitalization or teen-sentencing rules, or her brand-new one on homeless gay teenagers, you ought to drop everything else, pressing or otherwise, and read them now. But back in 2007, when Aviv was approximately eleven years old, she did some of her first long-form writing in the Believer. I’m sure she thinks of it as juvenilia now, but I think it absolutely holds up. This one was about taking a public-speaking class, but of course it’s about much more. 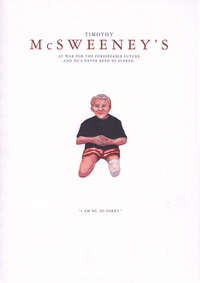 by Joshuah Bearman, from McSweeney’s Issue 14

These days, of course, Bearman is best known for being the dude who wrote the awesome Wired piece that became Argo, and I hope that Mr. Affleck has helped him retire at thirty-seven or however old he is. Now that he never has to write again, it’s worth going back to his early work. Pretty much everything Bearman writes is great, but this is the one I return to most often. It’s about the Great Gerbil of the Asian steppes, and all the trouble it was—and, for all I know, still is—causing for the poor Uighurs. It’s probably best paired with his terrific piece on the hunt for the Yeti, in McSweeney’s Issue 17.