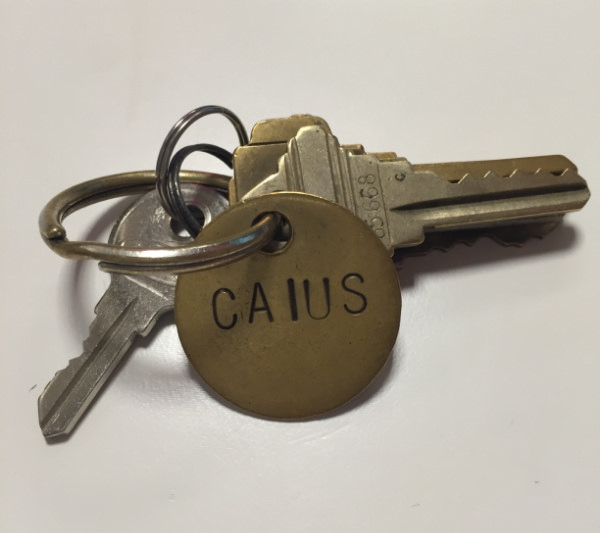 In 1987, at the height of my Anglophile youth — post-Brideshead Revisited, pre-Four Weddings and a Funeral, and dead in the center of my Chariots of Fire obsession — I spent a college term at Cambridge University’s Gonville and Caius College. I was assigned rooms that exceeded my wildest expectations. “Ah, lucky gel, you’ve got scholar’s rooms,” said the porter when I showed up to claim my spot. He handed me a prehistoric-looking skeleton key with a brass tag that read “Caius.” Since I had watched Chariots of Fire for the tenth time before boarding my overseas flight, I knew this was pronounced “keys.”

The key opened an outer door that lead to a microscopic vestibule containing two more doors at 90-degree angles to each other. One led to my bedroom, which looked out at the roof of King’s College Chapel and down King’s Parade; the other led to my sitting room, which overlooked Caius’ ancient Tree Court. I paced the floor-through over and over, unable to believe my good fortune.

The term that followed did not disappoint. I sat in a punt on the Cam, poled by a perfect Englishman, as we drifted under the Bridge of Sighs and through the dreamy “backs.” I learned about ciders and shandies, and coffee at 11 and tea at 4. I ate dinner at the school’s “high table” in a Laura Ashley dress and discussed Dorothy Wordsworth and Iris Murdoch and Phillip Larkin. It was a peak experience in that very specific way that experiences can peak when you’re 20 years old and exactly where you want to be.

Term ended, bags were reluctantly packed, and the skeleton key went back to the porter. But I screwed up the courage to ask for the brass “Caius” tag as a souvenir, fully aware that it was the height of American obnoxiousness but also knowing my life would be better in the days and years that followed if that tag sat on my key ring as a homophonic reminder of that magical time. The porter gave me a stern look and I started to slink away in shame, but he stopped me and said, “You’re the only American who’s ever asked if they could have it. Usually they just take them. Good luck to you, my dear.”

And indeed I have been lucky, and so much the better for the daily reminder of perfect happiness attached to my keys.