by Alexander B. Joy 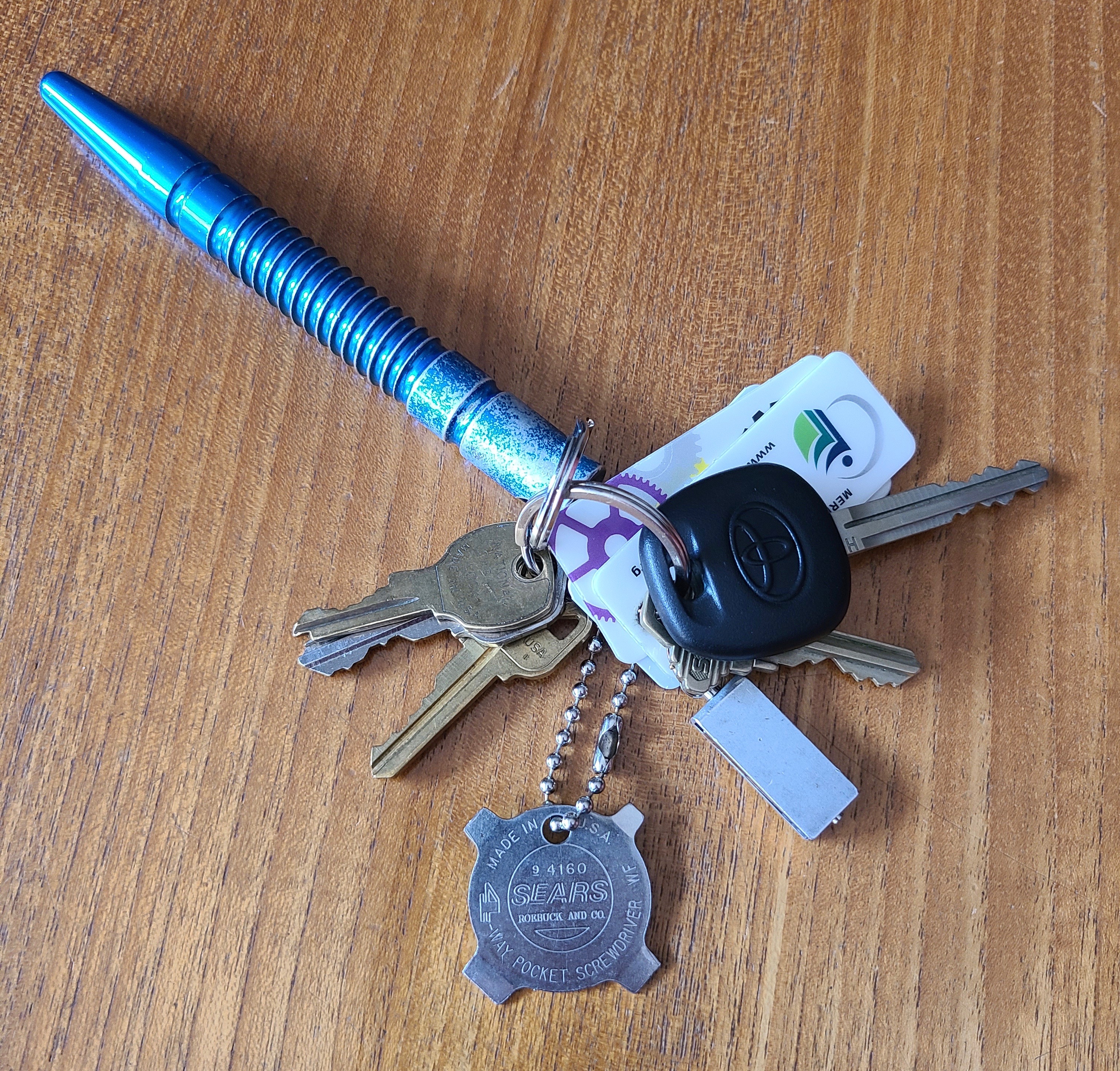 Even before his mind went, my grandfather had a dated way of speaking. He always called that now-defunct department store “Sears Roebuck.” He’d also refer to Black people he glimpsed on television as “pickaninnies.” I’d tell him it was an objectionable term, but he’d repeat it a few weeks later, so I figured he didn’t remember our exchange and chalked it up to burgeoning senility.

When my grandfather passed in 2012, he left us a few belongings. There was a signed photo of George W. Bush, in gratitude for a donation. Elsewhere in his house I found piles of Bill O’Reilly books, and on the wall of his study was a full-size Confederate flag — this despite our family residing in New England since the 1600s. We even had Union army ancestry, which I’d read about in the family history that my grandfather himself compiled during my childhood.

We tossed almost all of what we found. But one item I did keep: a four-way pocket screwdriver from Sears Roebuck (it actually has the full name imprinted on it) that my grandfather kept on his key ring and now resides on mine. It’s between the size of a quarter and a half-dollar, and has a frustrating asymmetry that prevents it from feeling quite right in the hand. Still, it has its practical uses — tightening drawer handles, mostly — and it’s easier to operate in tight spaces than a standard-issue screwdriver.

The thing doesn’t see much action (I only own so many drawers). Its real value is symbolic. Every tool is a reminder that our world is full of broken things, and that labor is required to make them whole again. When I look at the pocket screwdriver, I see all the times I failed to intervene: every Fox News broadcast I dismissed as background noise, every racist remark I chalked up to mental decline, every stray bigotry I left unchallenged. I can’t make up for that now. But the screwdriver reminds me not to collect more regrets to atone for. It has followed me to every protest, primary vote, and election since I acquired it.

Its prongs tend to jab me through my pocket’s fabric, but I appreciate the goad of that recurring discomfort. It reminds me that there is work left to do.