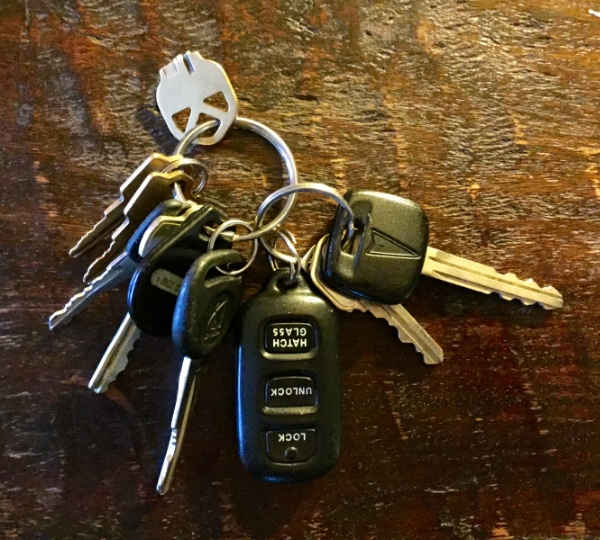 Seven years ago, my wife and I were expecting our first son and were preparing the baby’s room. The last thing to arrive was a glider, which came in a large, unwieldy box. My wife was super-pregnant at the time, so I was determined to wrestle it into the house on my own. I unlocked the back door and powered the box into the house. But I had left my keys in the lock, and the box ended up snapping off the house key at its base.

I felt foolish, especially as I imagined explaining what had happened to a locksmith. Fortunately, I was able to extract the stem of the key from the lock with a pair of needle-nose pliers. I left the other end of the key on my key ring, mostly as a lark. It looked funny there, snubbed and short next to the functional keys.

I’ve kept the broken key on my key ring ever since. It has come to remind me of the time before we were parents, and of the value in asking for help with an arduous task. The boy who was the baby is always entertained by the story, which is a nice bonus.