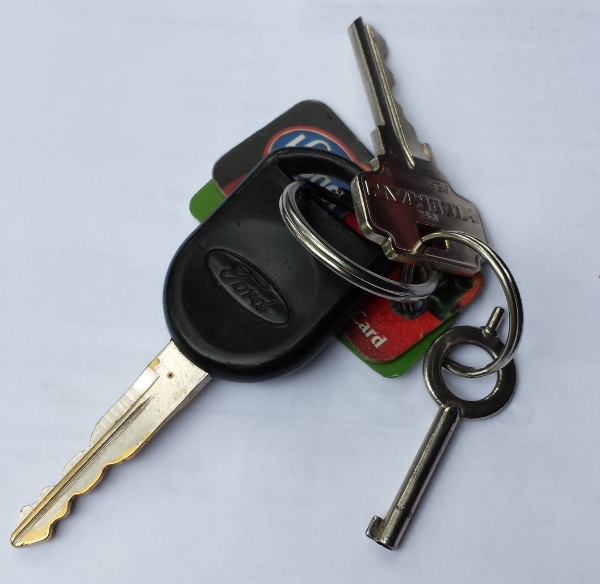 One of my first jobs after marriage was as a dispatcher for the Cheyenne (Wyoming) City Police. Female police officers were a rarity in the late 1970s, so when someone was needed to process a female prisoner in the city jail, I was pulled from the phones and radio and turned into a de facto prison guard. I still have a certificate buried in a file cabinet somewhere from the Wyoming State Prison System, attesting to my training. The patrol officers got tired of my borrowing a key to unlock handcuffs all the time, so one of the guys — probably our shift sergeant — gave me one of my own to keep.

I took the key with me after I left that job, and it came in handy when I took a similar job in Ohio during the mid-1980s. Interestingly, the key worked just as well with Ohio handcuffs as it had in Wyoming — law enforcement’s version of a skeleton key.