This morning I found this on BBC News Online: Sean Smith’s photograph of detainees being taken for questioning by U.S. troops in Iraq has been given a Press Photographer’s Award. It immediately brought to mind John Singer Sargent’s WWI painting Gassed, which strongly affected me years ago when I saw it in Boston. The life-sized painting depicts soldiers who had been blinded by mustard gas. It struck me that the soldiers are being led to be healed in a medic’s tent but the detainees are headed in the opposite direction, to interrogation and an uncertain future. Regardless, not a pretty picture of war. 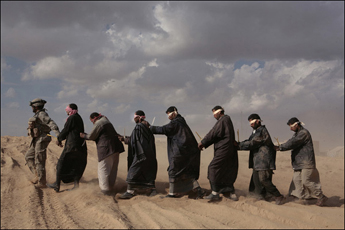 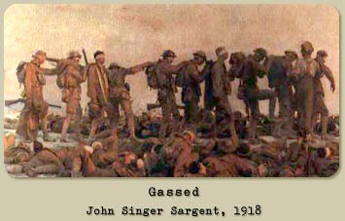 I can see what Emily means. The Sargent, of course, was conspicuously referring to Brueghel’s painting of the Blind Leading the Blind, as I suspect the Iraqi scene’s photographer was as well. 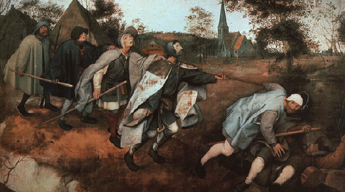 But here’s something similarly spooky, another World War I/Iraqi War convergence I happened to come upon just the other day. 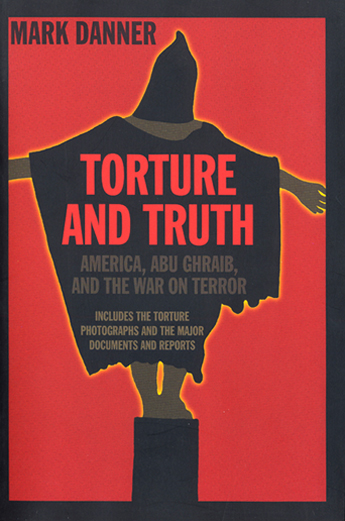 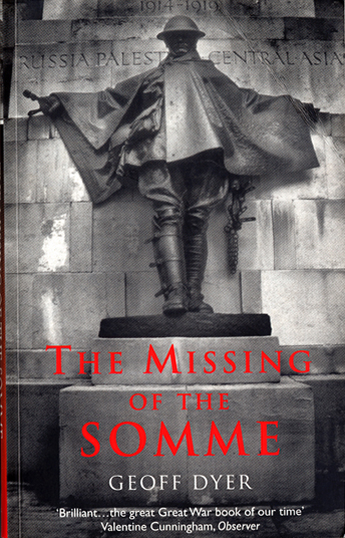