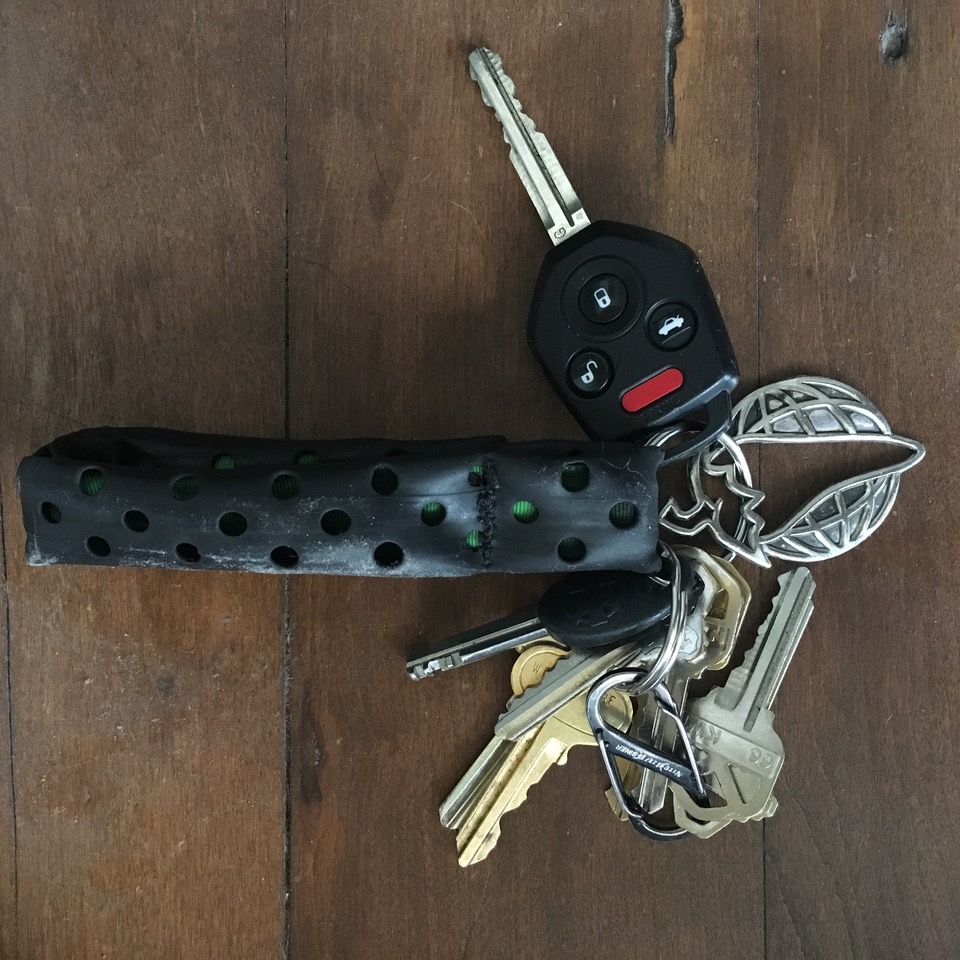 I never had a bike like Col. Mustard before. He was steel and very handsome. He could take on city streets with aplomb.

Col. Mustard was a Salsa Casseroll single-speed and he was the bike of my dreams. Swooped-back handlebars with cork grips that I lovingly shellacked even though it was messy. A classy saddlebag. A beautiful bronze bell. A Dijon and merlot colorway (hence the name). And he fit me perfectly.

On an October afternoon two years ago, I hopped on Col. Mustard to run a quick errand. But we never made it to our destination. A car broadsided us while we were making a turn, smashing both of us in the process.

As I lay on the pavement bleeding, all I could think about was Col. Mustard. Well, him and “What the hell just happened?!” After the paramedics strapped me down to the gurney, I remember frantically shouting, “Can someone get my bike?”

One of the cops at the scene tossed Col. Mustard in the trunk of his cruiser and dropped him off at my house. After the hospital released me and I got back home, I saw my poor Colonel. He was smashed in three places and the seat tube was severed. For months he sat in my living room, a constant reminder of what I had lost (and what I hadn’t). There was part of me that believed the Colonel saved my life by taking the brunt of the impact.

Some months later, I looked at Col. Mustard and said, “It’s time.” I got out my tools and began to take him apart. I removed the handlebars and the saddlebag, the cranks and the wheels (or what was left of them). I salvaged what I could and threw the damaged parts in the trash.

But before I could let Col. Mustard go, there was one last thing I needed — his head badge. That’s the insignia on the front of the bike that indicates the brand. Because Col. Mustard was made by the bike company Salsa, his head badge was shaped like a chili pepper. I chiseled it off and put it on my key ring.

It’s been more than two years since Col. Mustard’s ruination, but he’s always with me. The head badge serves as a memento of our time together. But more than that, it reminds me that I lived, even if my dear Col. Mustard didn’t.

I think that’s how the Colonel would have wanted it.