When Texas Representative Lamar Smith released a draft bill last month calling for a drastically needed overhaul in the way that the National Science Foundation issues grants, the research community had a collective meltdown not seen since the process outlined for cloning dinosaurs in Jurassic Park was deemed “too fake.”

The issue that so upset this liberal-leaning sect? A sensible and overdue proposal that eliminates the cumbersome and costly peer-review process in favor of a new set of criteria to ensure that government funds only support high-quality, groundbreaking science that serves the national interest and does not duplicate other efforts.

The research community claims that the duplication inherent in peer review is a necessary part of the scientific process, the principal vehicle by which scientists verify that their experiments are accurate and valid. This is, at best a dubious assertion, one that rests upon the liberal presumption that science is useful in the first place.

Science is, for the most part, a waste of time. Over the past several centuries, the scientific community has wasted millions of man-hours and trillions of dollars to manufacture a false narrative counteracting a Biblical history that we already know to be true. To the propagators of science, history is not a collection of immutable facts delivered to us by God’s grace via the Bible, but a choose-your-own-adventure book whereby the reality of what has happened is ever changeable.

To take just one example of this insolence, consider the case of evolution. For the entirety of man’s existence, all of humanity had agreed1 about the origin of man. God had taken six days and created us, along with a world to live in. A perfectly rational explanation, and one accepted for millennia. Then, a publicity-hungry troublemaker by the name of Charles Darwin decided that he would make a new, fancier, and more fantastical explanation for the origin of man, called “evolution.” What was Darwin’s claim? That he had arrived at his conclusion using science, that, through “observations” and “experiments,” he had concluded that a fanciful device he termed “natural selection” was the principal agent that determined which species would survive and which would face extinction in the brutality of primeval Earth.

That Darwin had an agenda with Jesus was widely acknowledged in his day, a fact lost in the endless encomiums that have spilled from academia over the man ever since his so-called discovery. An irascible, foul-mouthed brute of a man, he was feared and reviled in equal measure by all who knew him. Just check out this page from a recently discovered diary kept by one of his servants: 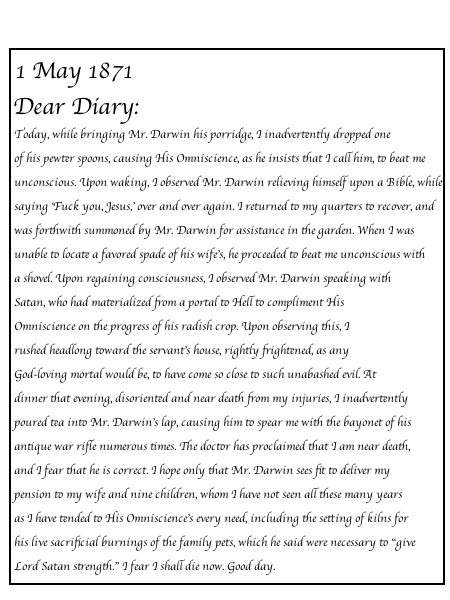 This is the prevailing methodology of science and scientific research: take a thing that is plainly and logically true and spin some David Copperfield-worthy illusion to make the entire planet think it is something else entirely. Meanwhile, couch your conclusions in so-called evidence that convinces a naïve critical mass of the population that they must initiate mass action to avoid calamity.

Perhaps nowhere has this power been more abused than with the myth of global warming. For the past several decades, a coterie of closet communists bent on destroying U.S. industry has assiduously created troves of data that supposedly show the inevitable collapse of Earth’s ecosystem unless we trade in our automobiles for horses and buggies and start powering our electric grid with spinning hamster wheels.

Science would have you believe that carbon dioxide released into the atmosphere warms Earth by absorbing excess sunlight, a process that is, conveniently enough, invisible and therefore seemingly impossible to disprove. A simple high-altitude investigation, however, reveals that, rather than staking out a position in the sky as some invincible saboteur of humanity, CO2 particles, once they pass through clouds, simply transform into angels who spread rainbows over Earth. This process can be observed by studying the photograph below taken from a specially designed high-altitude hot-air balloon over Louisiana: 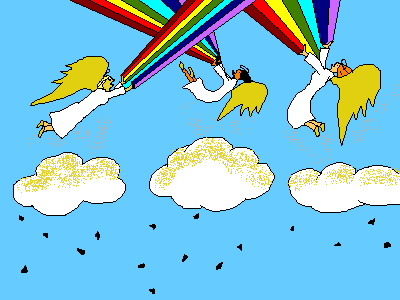 Even if science were useful, the peer review process is flawed. The expectation that scientists will do everything two or three times just to make sure they saw it correctly the first time is symptomatic of an out-of-control government bureaucracy, obsessed with waste and redundancy. To repeat a science experiment is an asinine waste of time and a colossal misallocation of resources. It would be as if the United States, having invaded some Middle Eastern nation and subjugated it to the point of impotence, were, just a decade later, to re-invade the same country with a titanic assault force on the grounds that it were some dire threat to humanity.

Liberals, who of course have dedicated their lives to producing just this sort of excess, defend the peer-review process, making the absurd declaration that it is somehow necessary to eliminating ineffectual research and validating those experiments already performed. But the stupidity of the peer review process is not at all difficult to demonstrate. Even a cursory search of the vast scientific archives turns up millions of pages of documents dedicated to measuring the age of Earth. To what end? This is a question, again, long settled by the Bible. Earth, quite clearly, is a bit over 6,000 years old, as demonstrated by this hilarious birthday card that God sent to the planet on its last birthday: 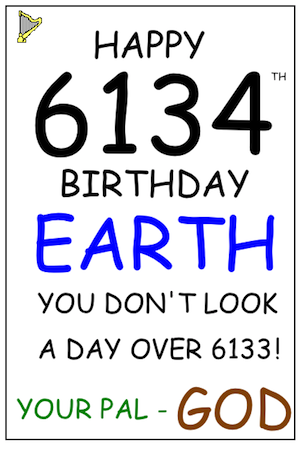 This is not to say that science is not useful. Indeed, we owe the development of our most advanced weapons systems to this very institution. Nor would it be possible to develop new forms of stock market manipulation, extract difficult-to-reach fossil fuels, or concoct addictive foods and drugs without our smartest scientists diligently working in the lab. As a reminder of how useful smart science is when used for the greater public good, here is a picture of a former Iraqi village that was transformed into a crater by an intercontinental ballistic missile: 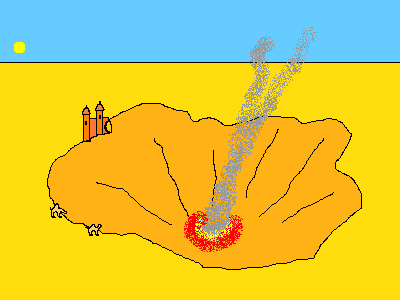 The proper role of science is perhaps best demonstrated by APMAG’s long-time partners at the Jesus Institute for Science (JIFS), a respected international organization dedicated to countering the pernicious influence of the university-government research establishment with experiments proving that the Bible is right about everything.2

To return momentarily to the case of evolution, JIFS recently concluded a longitudinal observational study of chimpanzees, thought by many scientists to be man’s closest living relatives. The animals were studied from birth to natural death, at which time they were given a proper burial.3 Those acolytes at the altar of evolution may be surprised to learn that, though many of the chimps lived to be more than 60 years old, not a single one turned into a human being. In fact, not one even learned to speak English or drive a car, which we can all agree are primary characteristics of intelligent beings. We were, however, able to teach several how to operate an AR-15, as shown in this photograph of two of these war chimps fighting to the death at a research facility in North Carolina: 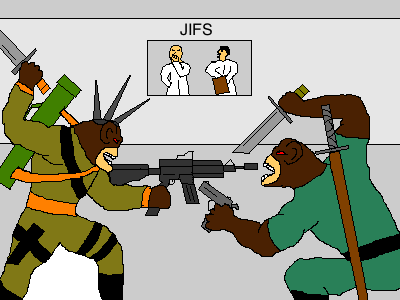 While the truth is increasingly muddled by the delusions of science, the way forward for the United States government is fortunately far clearer. Congress should pass Representative Smith’s aptly named High Quality Research Act of 2013 without delay.

1 Other bothersome religions have of course proven as meddlesome as the scientific community, manufacturing their own false narratives to explain the origins of Earth. We have done our best to eliminate these odious ideologues, through a variety of wars and such, to little avail.

2 Except in cases where big business is right about everything

3 Actually, they were sent to an industrial meat manufacturer in Nebraska to be turned into hotdogs, a useful repurposing of research animals that the federal government would no doubt create some regulation to destroy should it be alerted to the enterprise.