On August 31st 1997, a fatal car crash in a Parisian tunnel took the lives of Diana, Princess of Wales, her lover, Dodi Fayed, and their driver, Henri Paul. Officially, Diana’s death was deemed an accident, or at most, an unlawful killing caused by Henri Paul’s drunkenness and the bothersome paparazzi following their car.

However, conspiracy theorists officially don’t believe the officials. They contend Diana was murdered, and that the car crash was arranged to appear like an accident, and that they’re right and always have been right so just take their words for it.

Examining the claims of conspiracy theorists, debunkers, and myself, I’ll attempt to enter that tunnel in Paris and bring out the truth for my readers. Plus, I’ll snag a baguette that you can share.

NOTE: If you hadn’t heard about Princess Diana’s death, I’m sorry I had to break the news to you, but it happened like 20 years ago, so where the hell have you been? Unless you’ve been in a coma, you have no excuse. If you have been in a coma, wow, that must’ve been something. I’ll make sure you get the biggest bite of the baguette.

Conspiracy Claim: Diana was pregnant with Dodi Fayed’s child and would soon be engaged to him, a prominent Egyptian Muslim. The British Royal Family would not tolerate a non-Christian in their ranks and thus arranged the car crash.

Debunking Claim: Analysis of Diana’s body showed no evidence of her being pregnant. Furthermore, there’s no proof that the couple’s relationship was disapproved by any members of the Royal Family. 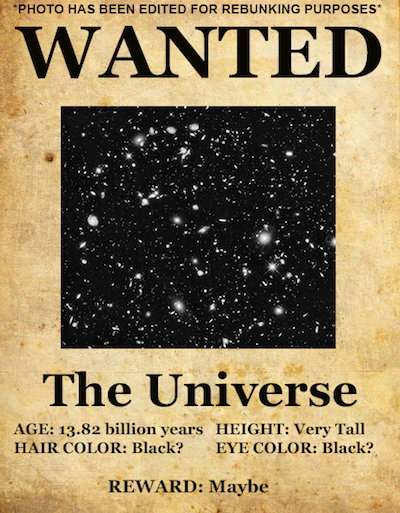 Conspiracy Claim: The driver of the car, Henri Paul, was in the pay of a malevolent national security service, most likely French, and caused Diana’s death at their bidding.

Debunking Claim: Paul had extremely limited unpaid contact with French Security Services due to his job as head of security at the Ritz, but there exists no evidence he was an agent or hired by any government.

Rebunking Claim: Henri Paul was in the pay of a malevolent organization, but it wasn’t a government organization. It was the one group that stood to gain the most from Diana’s death: Ty Beanie Babies. By late 1997, the Beanie Baby fad was all but at an end and seemed to be disappearing the way of other fads such as the pet rock, the digital pet, and the digital rock. Yet, in October of 1997, Princess the Bear, a Beanie Baby dedicated to Diana, was announced and sales of the bear brought Ty back to the forefront of collectible fabric animal-shaped bags of beans. Anyone that says it’s absurd that a toy company would arrange to have the Princess of Wales killed to boost their sales and keep them relevant needs to open their eyes and get ready for what happens when hoverboard sales start tanking. 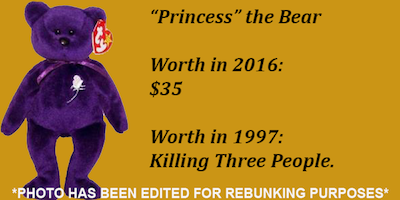 Conspiracy Claim: Richard Tomlinson, a former MI6 officer, swore under inquiry in May of 1999 that Britain’s secret intelligence service was involved in Diana’s death.

Debunking Claim: Investigation proved that the reports Tomlinson believed linked MI6 to the car crash were vastly different than he claimed. Furthermore, in later testimony, Tomlinson admitted he may have misremembered certain facts.

Rebunking Claim: Tomlinson was correct about MI6’s involvement in Diana’s crash, but he misremembered, or was forced to misremember, the original intended target: Peach, the Princess of the Mushroom Kingdom from Super Mario Brothers. Believing they had handled all realistic threats, British secret intelligence focused on fictional threats. Peach’s Mushroom Kingdom was quickly becoming a superpower, building up an arsenal of green pipes, Italian mercenary plumbers, and enough gold coins to purchase a weapon of mass destruction from either Bowser or Wario. Peach had to be dethroned and replaced with a puppet ruler (most likely Yoshi). When MI6 learned the princess would be vulnerable in Paris, they arranged the car crash without first making sure it was the correct princess, or whether it was possible for a video game character to cross into our realm and be killed, or if what they were doing was just pure insanity fueled by the agency’s recent purchase of a Nintendo 64. After attempts to reset reality and bring Diana back to life proved futile, MI6 decided it was best to just move on and buy a PlayStation 2. 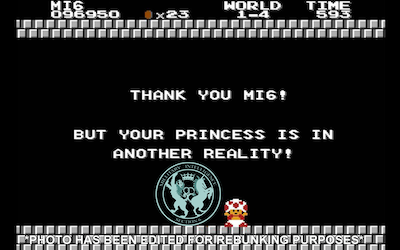 Conspiracy Claim: The first call to emergency services after the crash was logged at 12:26 A.M., yet the ambulance carrying Diana didn’t arrive at the hospital until 2:06 A.M. The ambulance was deliberately slowed or something malicious happened during that hour and forty minutes to make sure the Princess didn’t survive.

Debunking Claim: Diana, Henri Paul and Dodi Fayed weren’t taken to the nearest hospital because it was not equipped to handle multiple trauma patients, and from when the ambulance arrived at the scene of the crash, the trip was a much more reasonable 26 minutes.

Rebunking Claim: As proven by the crash, Diana had bad luck with automobiles. Hence, her ambulance ride was lengthened due to several unlucky fender benders, a slew of flat tires, multiple unsuccessful carjackings, an unfortunate ambulance manufacturer’s recall due to the sirens shooting fire, multiple successful carjackings, and an ill-advised detour passing through the top of the Eiffel Tower. 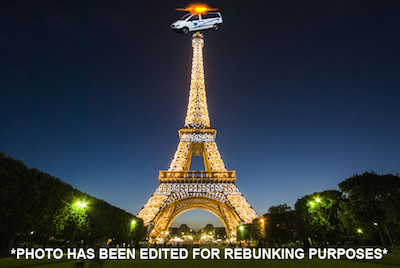 Conspiracy Claim: The analysis of the Diana’s wrecked car revealed that it was struck by a White Fiat Uno before the crash. With an exact knowledge of its color and model, it’s far too suspicious that this car has never been located and the driver never forced to testify.

Debunking Claim: French police ruled out over 4,000 White Fiat Unos from their inquiry, but were never able to establish the exact car. Regardless, the cause of the accident was a drunken Henri Paul driving at excessive speeds.

Rebunking Claim: Ty wasn’t positive Henri Paul would go through with the plan and save their Beanie Babies’ sales numbers, so they used someone to drive a White Fiat Uno and insure the crash. But who did they use? Well, it’d only make sense to use another person who would benefit from Diana’s demise and thus have a reason keep it all a secret. And who benefited more than Elton “Sure, I’ll play at Diana’s funeral for a huge fee and a way to revive sales of a song from 1973” John? Nobody, that’s who. If you look at the facts, you’ll see this claim is just like a candle in the wind: not very useful, but a thing nonetheless.