An Interactive Guide to Ambiguous Grammar

Depending on whom you ask, the use of the active voice over the passive is arguably the most fundamental writer’s maxim, thought to lend weight, truth, and power to declarative statements. This absolutist view is flawed, however, because language is an art of nuance. From time to time, writers may well find illustrative value in the lightest of phrases, sentences so weightless and feathery that they scarcely even seem to exist at all. These can convey details well beyond the crude thrust of the hulking active voice, and when used strictly as ornamentation, they needn’t actually convey anything at all.

As a thought experiment, let’s examine in extremely close detail a set of iterative changes that can be made to a single simple grammatical structure, turning it from a statement taken at face value into one loaded with unrealized implication. This makes for rich writing which rewards – or even demands – close scrutiny.

The quick brown fox jumps over the lazy dog.

The most fundamental feature of the passive voice is the conversion of the object into the subject by way of a stative verb. This often requires complete structural inversion of the sentence, since the two clauses are changing position, but it allows the roles of the nouns to shift, bringing the secondary participant to the foreground.

It’s also helpful to switch to past tense; this very slight change often lessens the impact of the statement. If the action being described happened at some point in the distant past, it is no longer an immediate concern, so other parts of the sentence can be more easily emphasized instead.

Remove definite articles whenever possible, replacing them with indefinites. This diffuses the verb: in this form, the notion that any actor may have performed the action is a logical conclusion. The exact referents can still be intuited upon closer reading.

The verb is still concrete, but it shouldn’t be. In fact, the verb can be removed completely: convert it into a present participle adjective, and then use that participle as a modifier for a broad, general-purpose noun. In this example we’ll use “incident” to at least acknowledge that the events took place along a common timeline, but even that much is still an unnecessary concession to specificity – we could just as easily substitute “thing,” which is so broad that unpacking it will command the reader’s complete attention.

In addition, there is still a distinction between the subject and object which can be further erased. Both subject and object were “involved” in the proceedings, simply because both are present in the sentence. That new verb can apply to both nouns, making them equal and indistinguishable partners.

The adjective can be made vaguer still simply by implying that it is a class of modifier, rather than the specific modifier itself. That is, an apple can itself be fairly called apple-related, and a banana is itself also truly banana-related, so this adjective modifier can likewise be fairly described as adjective-modifier-related – a grammatical identity theorem, if you will.

Further in pursuit of turning the two operators into equal partners, we are now in a position to alter the broader structure of the sentence to present them alongside one another. This removes the last vestiges of the initial phrasing, in which an object was being operated upon by the subject. Both nouns are now equally implicated, based on their position in the sentence.

The word “both” is now redundant here, so it can be removed in the interest of concision. The participation of both parties in the action is logically implied simply by their presence, so it does not need to be explicitly stated to the reader.

It’s time for another major structural leap. We have carefully converted both subject and object into equal participants, but they are still both acting – both are now subjects. But what if neither of them was taking action? We can divert the reader’s attention to a completely separate entity and re-cast the entire scenario around it, moving both nouns into passive slots. Both actors are now being acted upon as objects instead of acting as subjects, and the reader’s attention is now drawn to a specific quality which had previously been a disposable attribute of one of the nouns.

Having already turned one attribute into the new active subject of the overall sentence, let’s similarly recast the other attribute, such that the noun is now just a passive recipient of its descriptive qualities.

We have finally fully arrived at the ultimate in passive voice: the past exonerative tense, so named because culpability is impossible when actions no longer exist. For the most extensive erasure of direct communicative value, the original object can now even be removed entirely. 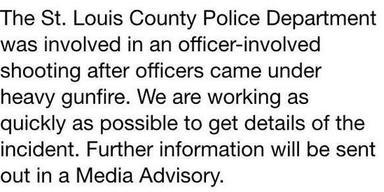 (source)
As little as $1 a month ($12 a year!) goes a long way towards supporting our editorial staff and contributors while keeping us ad-free. Become a McSweeney’s Internet Tendency patron today.
Become a patron
Share
Tweet

Dave Eggers’s The Every is out now. Hardcover available in a dizzying, ever-expanding, and entirely randomized array of cover variations exclusively through independent bookstores and here at McSweeney’s.