Here at FiveThirtyEight, with the power of statistics, we can explain anything, whether it’s politics, sports, or if a judge will decide that one dog is better than another dog even though it is pretty much the same as the first dog.

Thankfully, our model includes enough fancy data science so that no matter what happens, we can say that we were always correct and that you just misunderstood the math. And trust us, you definitely don’t understand it. We don’t even understand it. Numbers are more powerful than us mere mortals.

That being said, we cannot emphasize enough that the Bichon Frise will win. For sure. Unless it doesn’t. That’s the power of numbers.

We’ve collected a data set of all the dogs that have ever competed in a dog show since 1890. Our model incorporates breed type, dog size, the average number of dogs in a household, the socioeconomic status of each dog owner, presidential job approval, the party in power in Congress, the Great Depression, the Spanish-American War, whether or not the film Best in Show had premiered yet, and, of course, Barack Obama.

This resulted in the following infographic. As is clear, each breed is represented by a circle. The size of the dot represents how many dogs there are of each breed, divided by how many contestants there were in the qualifying dog shows for that breed. The color of the dot indicates how big the dog is, times the country of origin of the breed. The Y-axis is the sum of a dog’s size (in cubic inches) and weight (in kilograms). The X-axis represents time, and also space. The Z-axis is invisible, but it’s incredibly important. 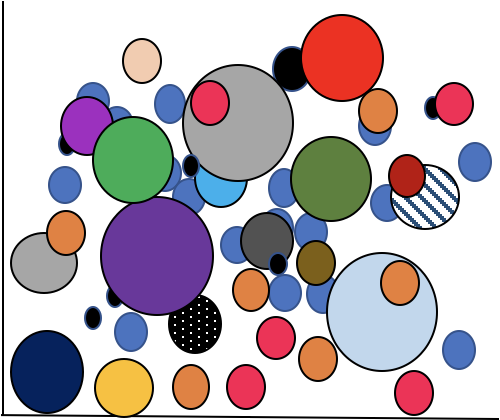 We controlled for the dog’s gender, age, and whether it looks like it’s smiling when it pants. A Bichon Frise is always smiling. If we included that overwhelming cuteness in our model, our computers would have exploded.

We then ran the model. Those of you who are familiar with FiveThirtyEight will know that our model is a probabilistic analysis that inputs data, inferences, and our favorite numbers, and then produces a result that is always correct, within a margin of error that fluctuates depending on how correct we are.

We are 100 percent certain that the Bichon Frise is going to win.

If the Bichon Frise doesn’t win, it will be for the following reasons.

Finally, there is a slim chance that the Bichon Frise will not be victorious because of a reason that we haven’t thought about. However, we’re pretty sure that we’ve thought of all the reasons in the universe. That’s what we do here at FiveThirtyEight, and we’re never wrong. You’re wrong.