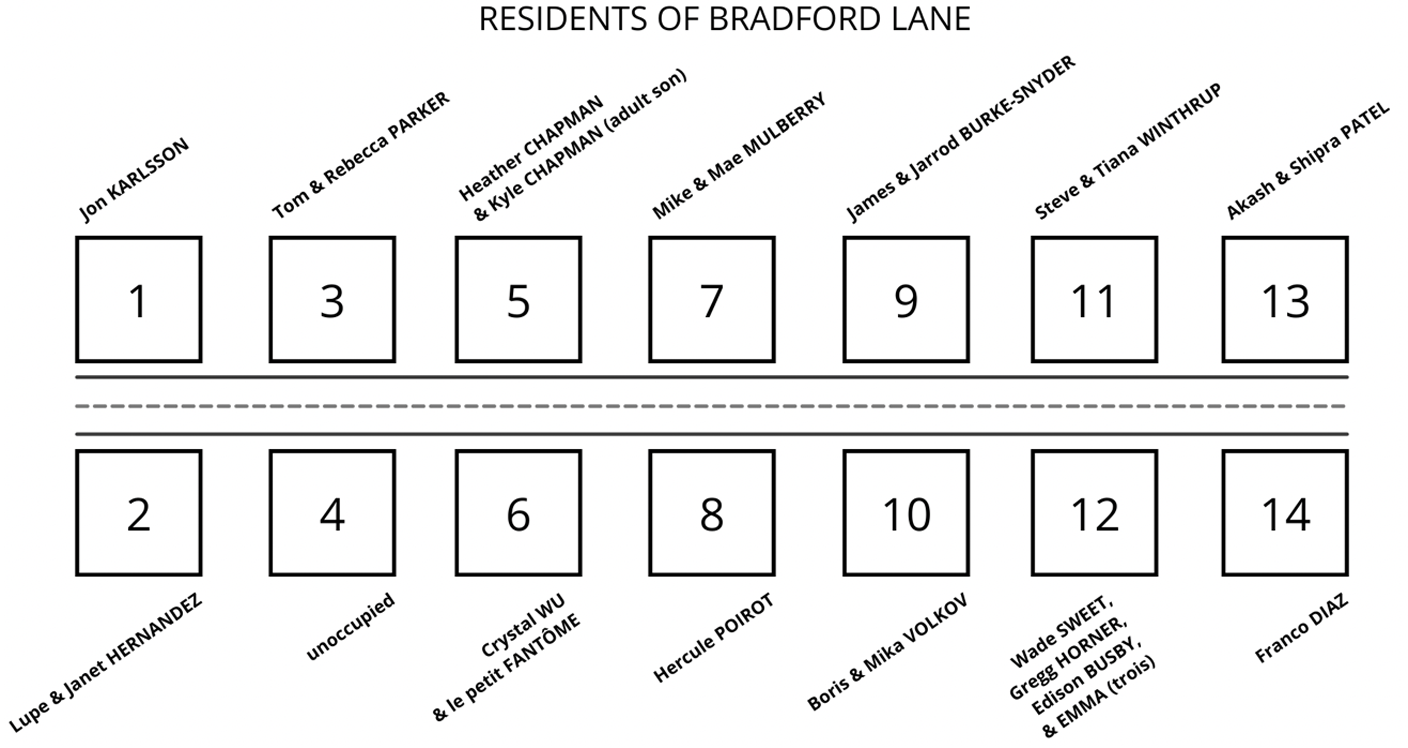 Heather Chapman | 5 Bradford Lane
Subject: Loud bang at 11:28 p.m.?
Did anyone else hear a series of loud bangs last night? It woke my adult son! Is it possible they were gunshots?

Hercule Poirot | huit voies Bradford
C’est possible, Madame. In my years as a sleuth, I have learned that the impossible could not have possibly happened. Therefore, when the impossible improbably happens, the impossible must actually be impossibly possible despite its appearance of impossibility. 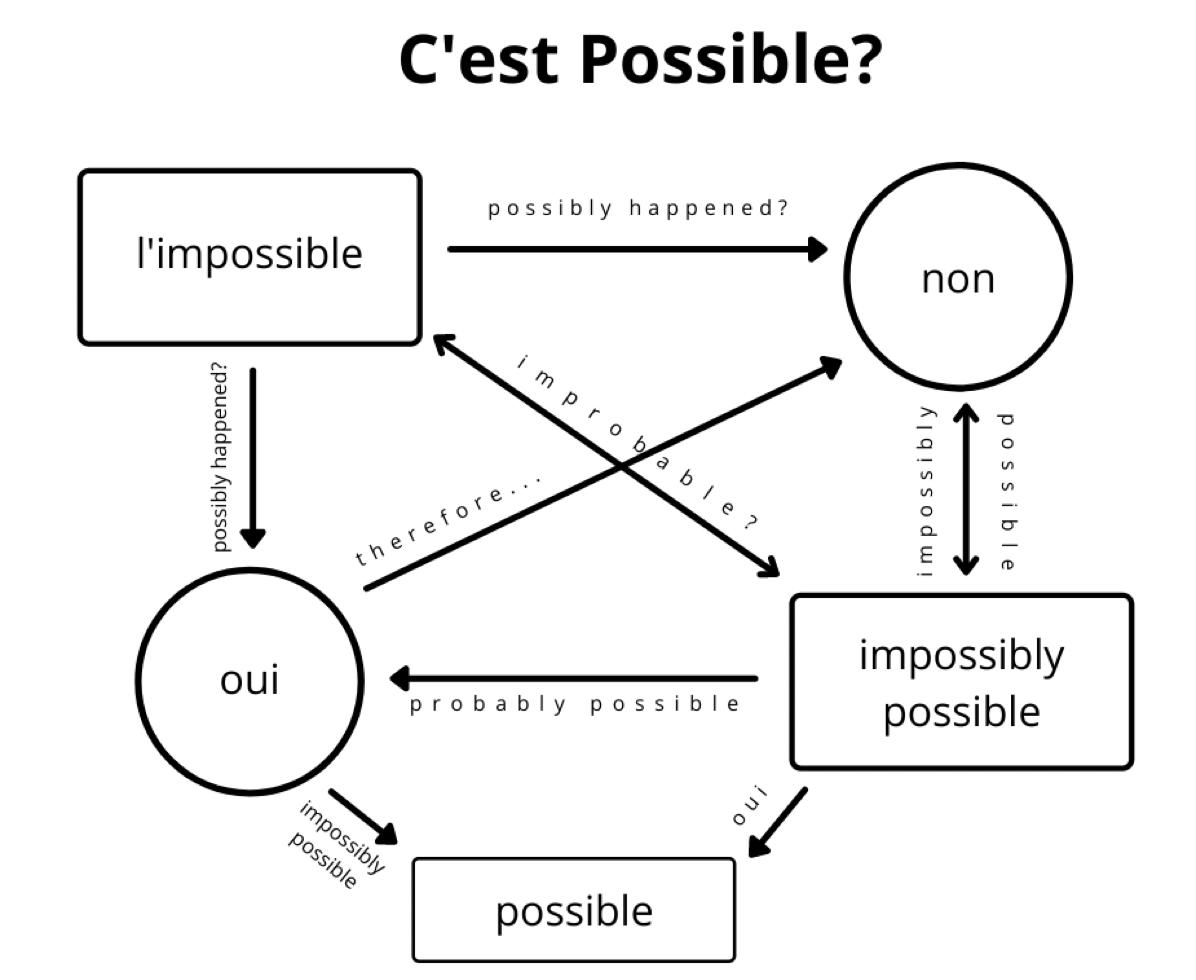 I’ll present to you the evidence. At 9:37 p.m. I took a sleeping draught to quiet my “little gray cells.” So that rules me out as the cause of last evening’s sonorous disruption. Oui, by 11:28 p.m. I was already well-acquainted with my Ambien and sleep-eating a wheel of Camembert.

That leaves only one logical conclusion: Jon Karlsson from down la rue succumbed to the famous Swedish congenital madness. He was packing his musket when he glimpsed a raccoon out the window, thus triggering a flashback to his time on safari spent hunting big game. The bang you heard was Karlsson, firing through the window at what he thought was a charging rhinoceros.

Jon Karlsson | 1 Bradford Lane
Great job, genius… you caught me. Or MAYBE it’s summer, and some kids set off fireworks.

THE LABOURS OF HORTICULTURISTS

Lupe Hernandez | 2 Bradford Lane
Subject: Rose & Thorn
To the asshat who trimmed our rose bush in the middle of the night: not cool, bro. My wife poured her heart and soul into that bush all summer long. Watch your back.

Posted in Ask a Neighbor

Hercule Poirot | huit voies Bradford
Le poison! When someone is furtively collecting botanicals under cover of darkness, murder must be afoot. We know that poison is a woman’s game, as the fairer sex lacks the upper body strength and gross motor skills required for a proper stabbing. Unless she is Italian, of course, as we would be dealing with a woman of choleric temper with a renowned Mediterranean clench grip.

The simplest explanation is most likely. Rebecca Parker recently traveled to South America, where she met a shaman who divulged how to make a rare, untraceable poison. Mme Parker had discovered her husband was secretly a descendant of Russian royalty. The family had escaped from the Bolsheviks and have been hiding out ever since in this middle-class suburb of Boston. Mme Parker set out to murder her husband in cold blood, and cash in the priceless rubies the family smuggled overseas in the stomach of a dog. But because women are cursed with low blood volume and poor circulation to their child-sized brains, Mme Parker mistook your roses for Atropa belladonna, better known as deadly nightshade.

Tom Parker | 3 Bradford Lane
Lupe, I just looked at our security camera, and it appears a raccoon came by and trashed your rose bushes. Hercule, my family is from Chicago, and my wife vacationed in Columbia, South Carolina. Not Colombia. 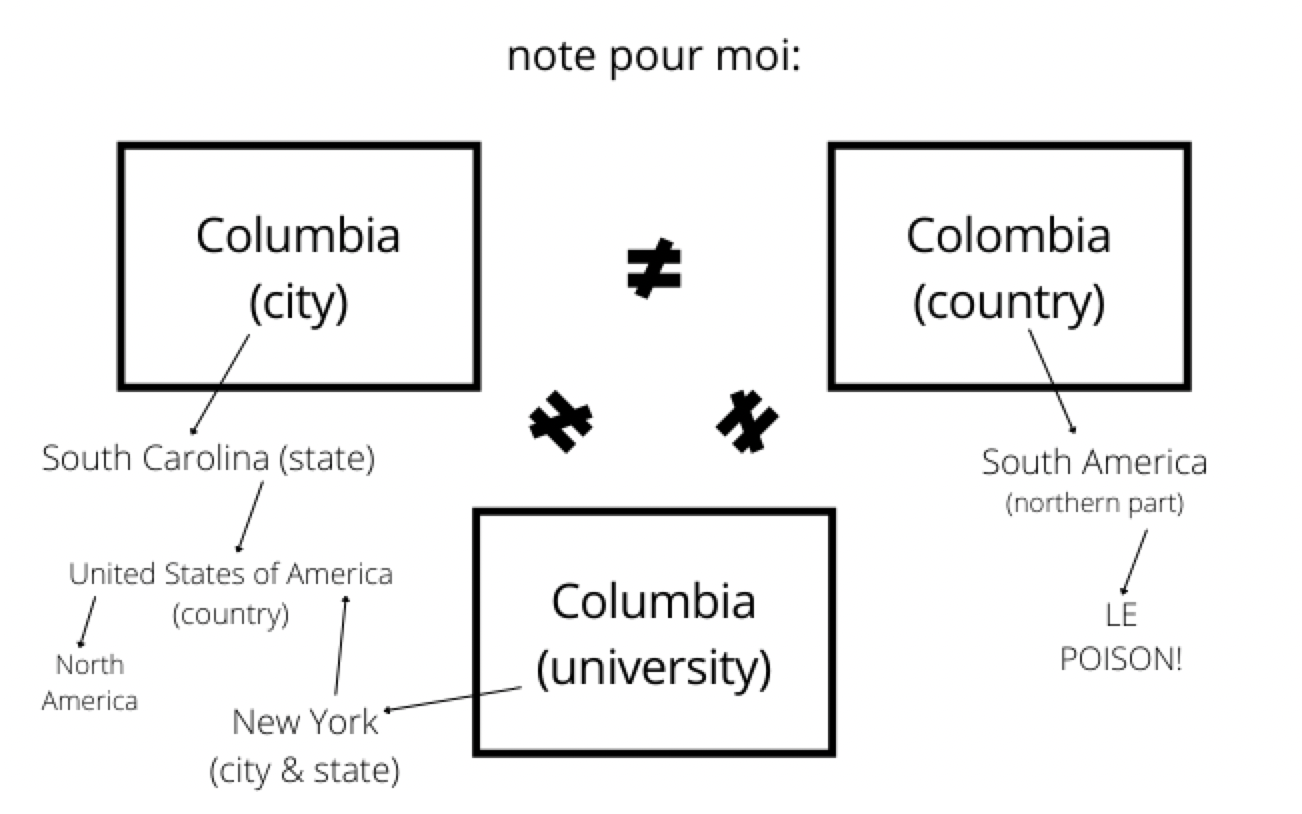 Mika Volkov | 10 Bradford Lane
Subject: MULTIPLE ILLEGAL PIGS
I hear an EXCESS OF PIG OINKS coming from my next-door neighbor’s home! ONE or TWO oinks is normal. But upwards of TWENTY in AN HOUR? Too many oinks! That’s at least FIVE ILLEGAL PIGS! I’ve called 9-1-1, but they can’t do anything without proof of pigs on the premises.

Hercule Poirot | huit voies Bradford
No need for neuf-un-un, Madame, as I believe I’ve discovered the source of l’oink. Last evening I was suffering from a bout of indigestion and took a promenade to calm the fires of mon estomac. It was on this walkabout that I spied a gentleman wearing the most curious fashion of pince-nez I’ve seen this side of the Atlantic. I said, “Ma foi! I’d know that pince-nez anywhere. It’s my former associate, Hamish Lemonbatch, Esq.”

I followed old Hamish into an alley where I came upon him chewing on an empty bottle of dishwashing liquid. That’s when I realized—those hands were not the greedy little grabbers of M. Lemonbatch at all; they belonged to raton laveur, the North American raccoon. Well, as it happened, I was in close enough proximity to spy into the window of the curious Sweet-Horner-Busby residence, revealing their three-year-old watching Peppa Pig at an unfathomable volume. I believe, Mme Volkov, that is l’oink you heard.

EVIL UNDER THE SUNPORCH

Crystal Wu | 6 Bradford Lane
Subject: Friendly spirit? Or demon dweller?
Every night, I hear dreadful noises under my sunporch. I’ve narrowed down the options to a harmless ghost or evil demon. Can anyone refer me to a good priest or Wiccan who can rid my porch of spirits?? (No tarot readers.)

Hercule Poirot | huit voies Bradford
Madame, I must first advise that you do not spend too much time in the sun. It’s imperative that a woman never overheats, lest her eggs become hard-boiled and the children come out mealy. I have observed le petit fantôme living beneath your porch. He is… comment dire… a “raccoon.”