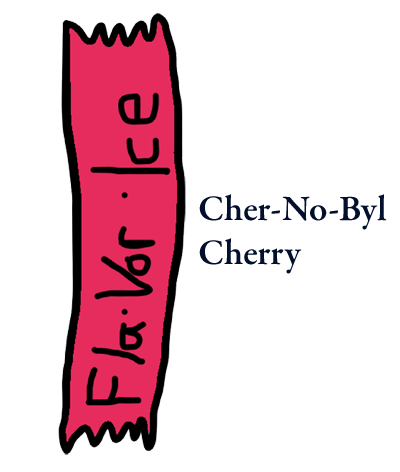 What might a cherry grown and harvested in the midst of nuclear fallout taste like? We are not certain. But it is probably this. 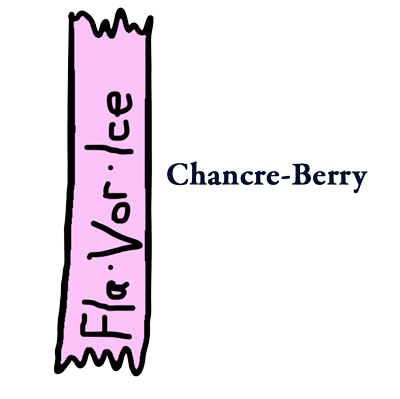 We took the flavor of fresh chancre and added some chemicals and squeezed it all into a non-biodegradable sheath. Delicious. 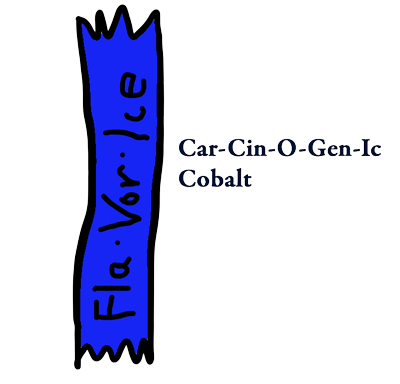 The isotope 233Pu was used in the American Apollo lunar missions to power equipment on the surface of the moon. We also use it to flavor whatever the fuck this is. 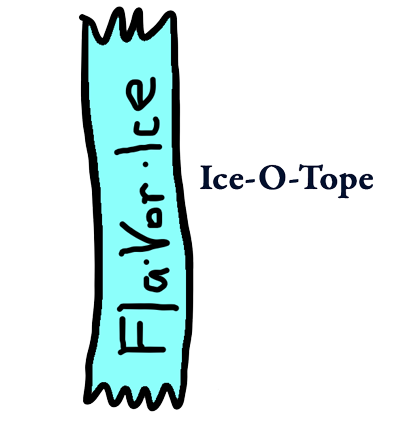 An isotope is a radioactive form of an element. Apparently when each of two or more forms of the same element contain equal numbers of protons but different numbers of neutrons in their nuclei, and hence differ in relative atomic mass but not in chemical properties, it’s radioactive. We just think it’s ent-ICE-ing!!! 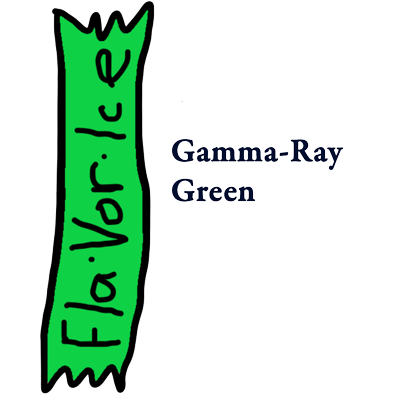 Following his accidental exposure to gamma rays during the detonation of an experimental bomb, Bruce Banner is physically transformed into the Hulk when subjected to emotional stress, at or against his will. This often leads to destructive rampages which complicate Banner’s civilian life. We use those same gamma rays to make these taste extra savory! 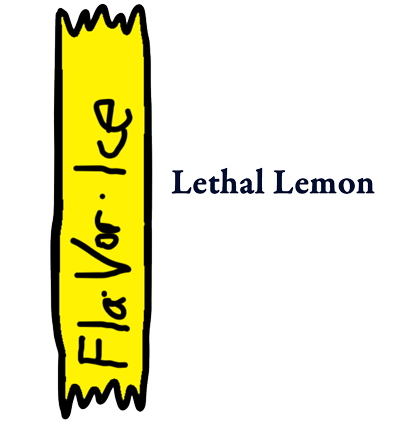 This is the yellow one. Yellow is often described as cheery, soothing and warm but yellow can also create feelings of frustration and anger. People are more likely to lose their tempers in yellow rooms. Also: urine. This tastes nothing like lemon. On a continuum between lemon and urine, this definitely tastes more like urine. 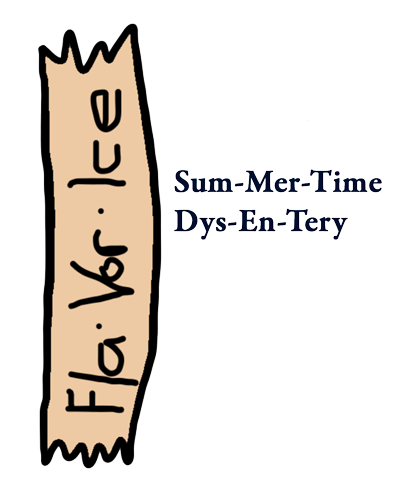 So named not only because it looks and tastes like feces, but also because dysentery is managed by maintaining fluids using oral rehydration therapy — including frozen freezy pops!!! 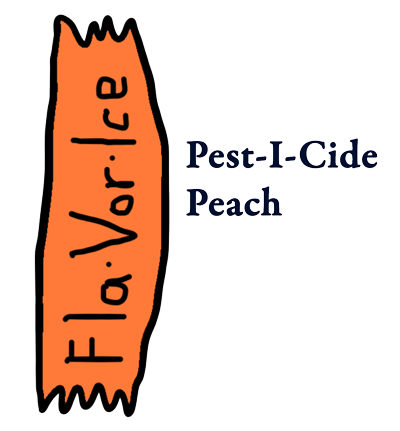 In general, a pesticide is a chemical or biological agent (such as a virus, bacterium, or fungus) that deters, incapacitates, kills, or otherwise discourages pests. Ours just tastes yummy and vaguely like a peach. Or tangerine. With a hint of bug spray. 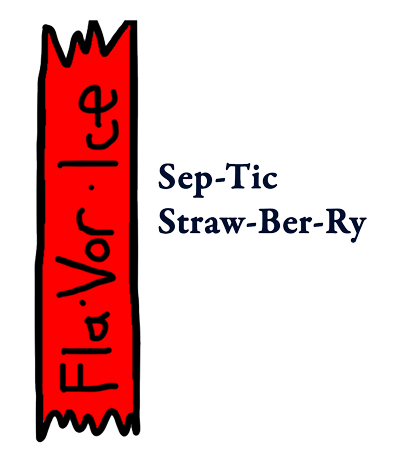 “Septic” because despite our best efforts, some harmful microorganisms inevitably sneak into this sludge before we squeeze it all into the plastic sleeve and “strawberry” because it’s red and measles don’t really have a flavor. 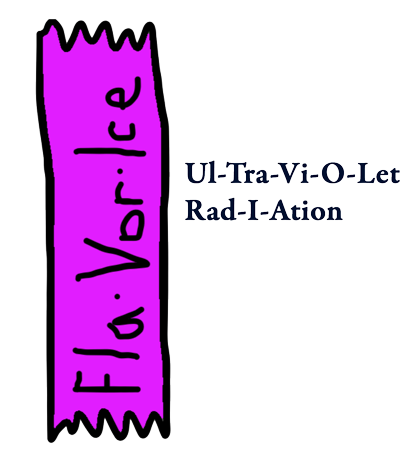 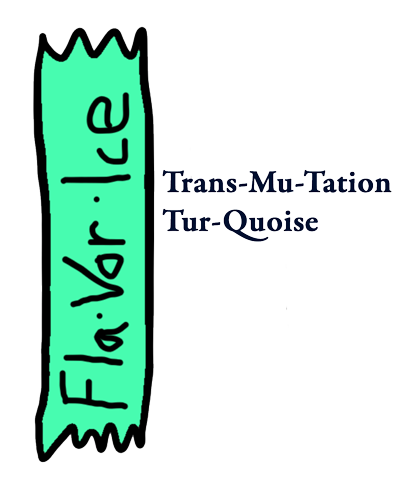 Transmutation is the conversion of the long-lived nuclides of the elements of plutonium, neptunium, americium, and curium, generated during operation of the nuclear reactors by neutron capture in U-238. Also: yummmmmmmmmmmmmmy! 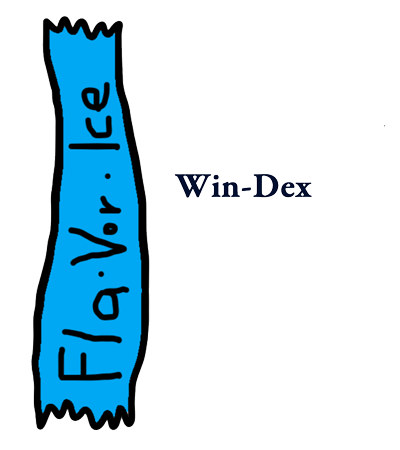 No big mystery here. We literally just funneled Windex and into this plastic sleeve thing. Just freeze and stay cool all summer. 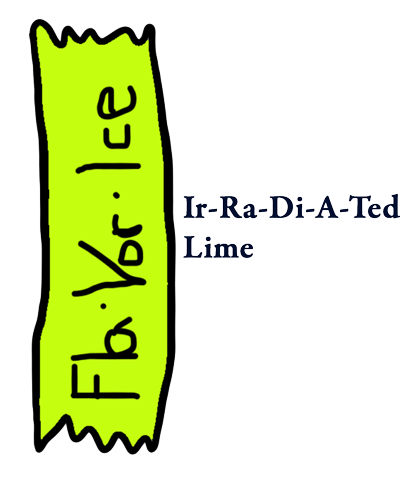 These are all just really the same flavor. You know this. We just left our interns in the lab for an overnight and told them to manufacture a new color that has never existed in the natural world. They gave us this! Bon apetit!