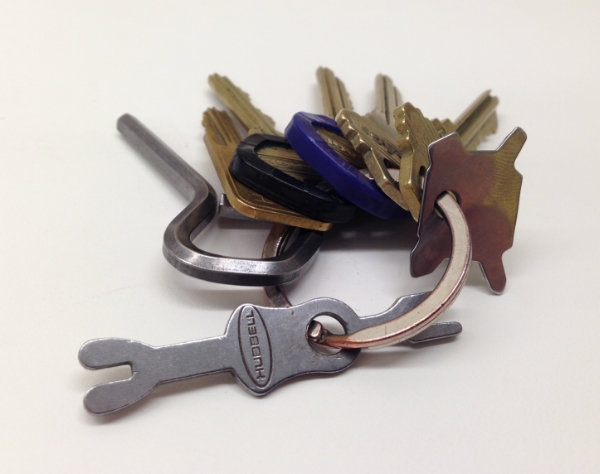 In 1998, as a high school student, I took a job with an auction company that had been hired to sell off the contents of the General Hospital in Calgary, Alberta. The work was grueling, unsanitary, and something of an eye-opener for someone who had never experienced manual labor, but it did give me a remarkable insight into the background workings of a large institution. The General Hospital was a mainstay in Calgary for generations, with the original facility built in 1910. By the time it closed, the campus included seven buildings spread over more than 20 acres. Many native Calgarians were born there, including my parents, my husband, and myself.

We had to go through the entire facility and determine what was worth auctioning off and what could be left for the demolition. Most of the valuable medical equipment had been removed and either sold off or transferred to other local medical centers, but there was still a lot for us to assess, running the gamut from bedpans, wheelchairs, and office furniture to file cabinets, institutional dishes, and all of the kitchen equipment from the hospital’s cafeteria.

Before the auction, every item had to be reviewed and gathered into a central location for pricing and inventory. This meant we had to go in and out of every possible space in the facility. At one point I was going through a janitor’s office, which was filled with what you’d expect — cleaning fluids, woodworking tools, well-thumbed copies of Hustler. In addition, I found a little key used to turn on institutional banks of overhead lights. (These lights don’t have a conventional on/off toggle switch. Instead, you insert the key into a slot move it up or down.) I dropped it into my pocket on a whim.

That fall, the building was imploded, and it felt like the whole city came out to watch. Those who didn’t attend the auction but still wanted a souvenir dug through the debris and came away with scraps, like a piece of a brick. But I didn’t need to gather anything. I already had my key, securely attached to my key ring.

I’m now an assistant principal at a high school and often use the key to turn on overhead lights in the gymnasium or library. So this artifact is both sentimental and functional. Nobody would ever guess its history or meaning to me.