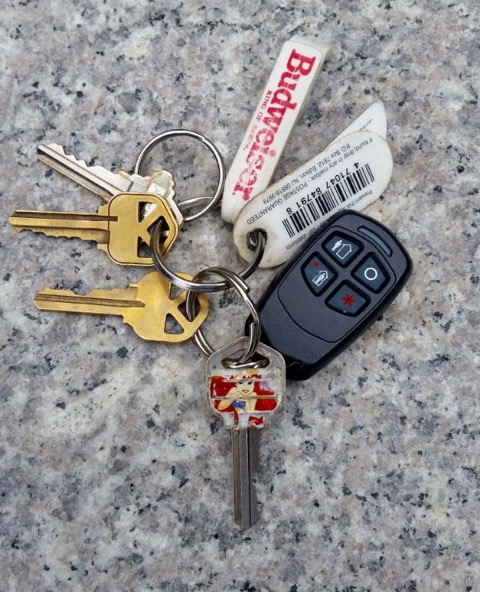 About three years ago, my father needed one of my keys in order to get into my house while my family and I were going to be out of town for a few days. Bring in the paper and mail, that sort of thing. I wanted to make my key easy for him to spot on his key ring, so I tried to find a key cap, but we didn’t have any.

My three-year-old daughter, however, had some small “Disney Princess” stickers. She offered to let me use one of them but had a hard time deciding which Disney princess to put on the key — a monumental decision for a three-year-old. She decided on Ariel from The Little Mermaid (probably because she didn’t want to part with Rapunzel, Elsa, or Anna).

After I got back and reclaimed the key from my father, I tried to peel the sticker off of the key, but it was tough to remove, so I left it there. As the days and weeks went on, it became a reminder that I have two wonderful daughters — my princesses, so to speak.

The sticker has suffered some additional wear and tear over the years, and at some point it will presumably wear away completely. I could replace it with a fresh sticker, but I don’t think I will, because there’s no way to reproduce the purity of that moment with my toddler. I’m a bit superstitious, though, so I’ll probably come up with another reminder to put on my key ring.