Among the most troubling experiences I’ve had in the COVID era has been witnessing the shocking eating habits of my colleagues during Zoom meetings. I’ve recorded some of my observations here. To avoid unnecessary cruelty (and because I have my own problems regarding greed and hygiene), I’ve swapped out professional details, borrowed credentials, and rendered the images via self-portraits. I hope that this small contribution to our commonwealth of ideas will serve as a reminder of how revolting we are when we eat. 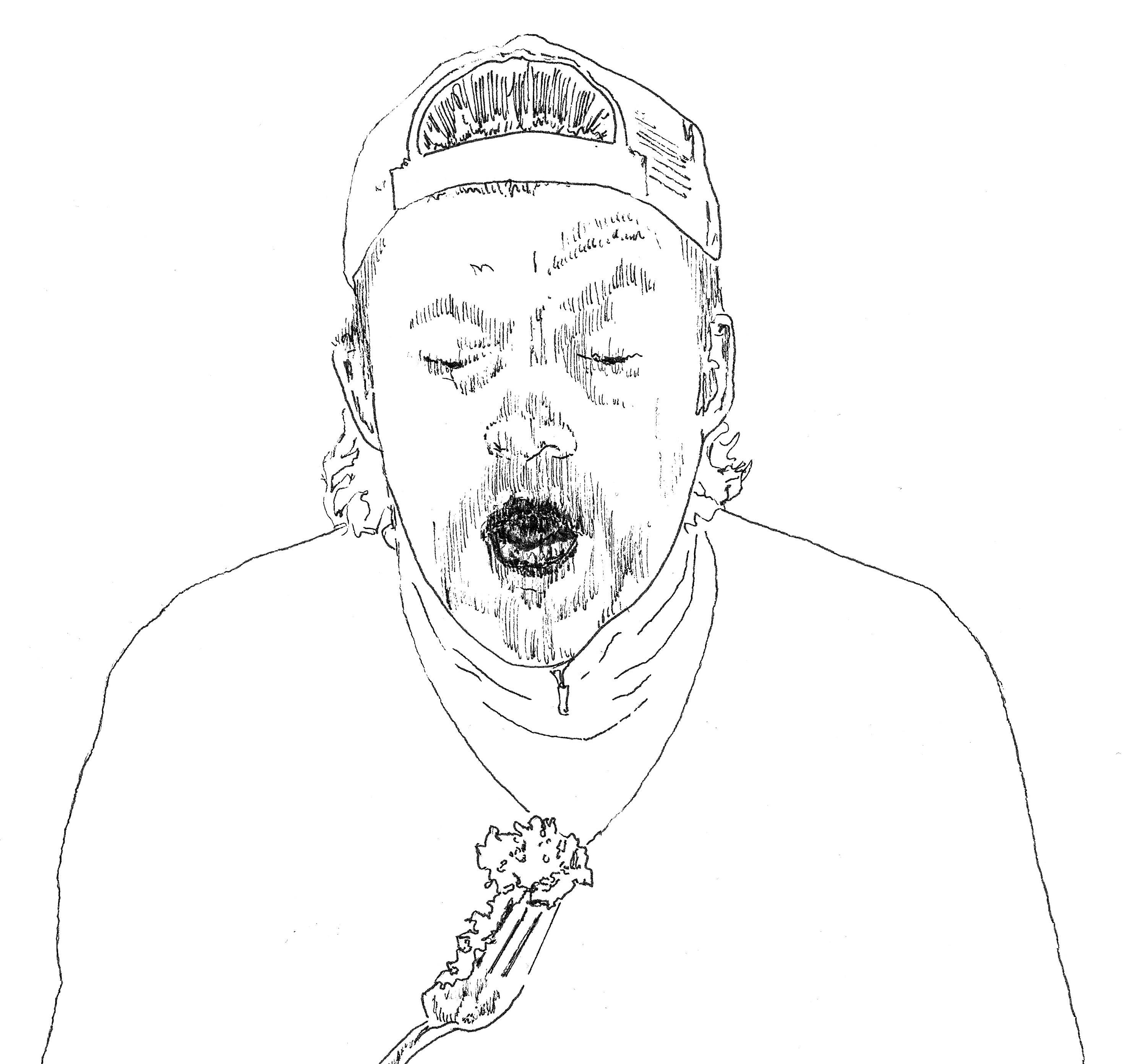 Associate Professor of Sociology. Expert on auditory culture, acoustic geography, and sonic agency. Opened his mouth thirty seconds before necessary and moved his fork very slowly. I tempered my agitation because it seemed that a neurological disorder was unfolding. But later the same evening (to everyone’s horror), he juggled on camera, eventually catching a juggling bean bag in his mouth. It was then that I wished I had allowed myself to resent him more when I was watching him eat. 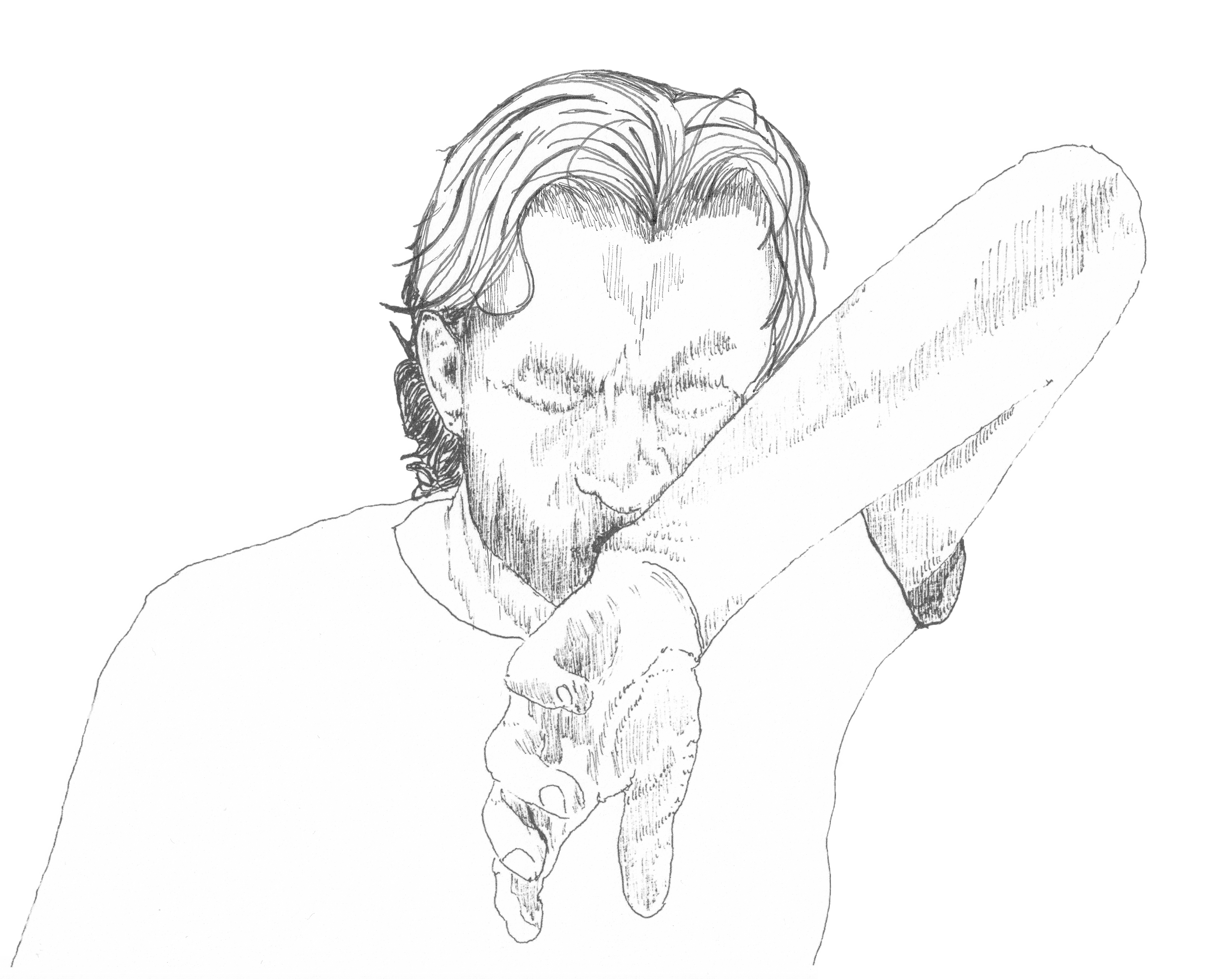 Mathematician. Significant contributions to waveform design, finite frames, and harmonic analysis. He was very paranoid about being seen with food stuck to his mouth and wiped his face with extravagance for an hour after eating a package of saltines. He finally stopped near the end of the session, although we then had to spend the final five minutes watching him apply Chap Stick to his swollen and irritated lips. 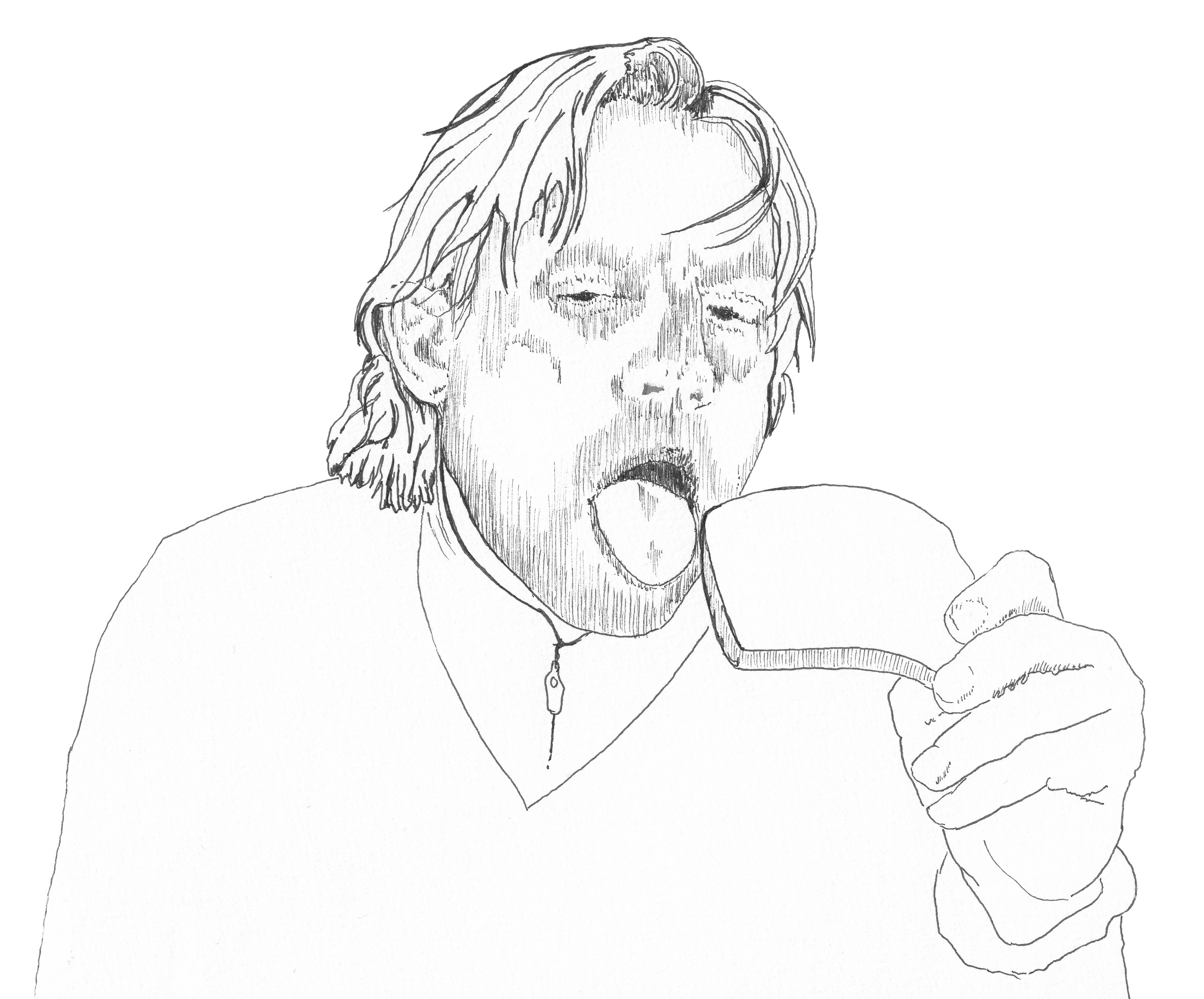 Poet and Coleridge Expert. Ate for one hour straight, always opening his mouth to full extension, even when eating things as small as sunflower seeds. His mouth extension matched his habit of trying to eat larger things all at once, like an entire piece of toast. This was clearly outrageous to everyone on the Zoom. Worse, he talked as he ate. This is a sketch of him reciting “The Eolian Harp.” 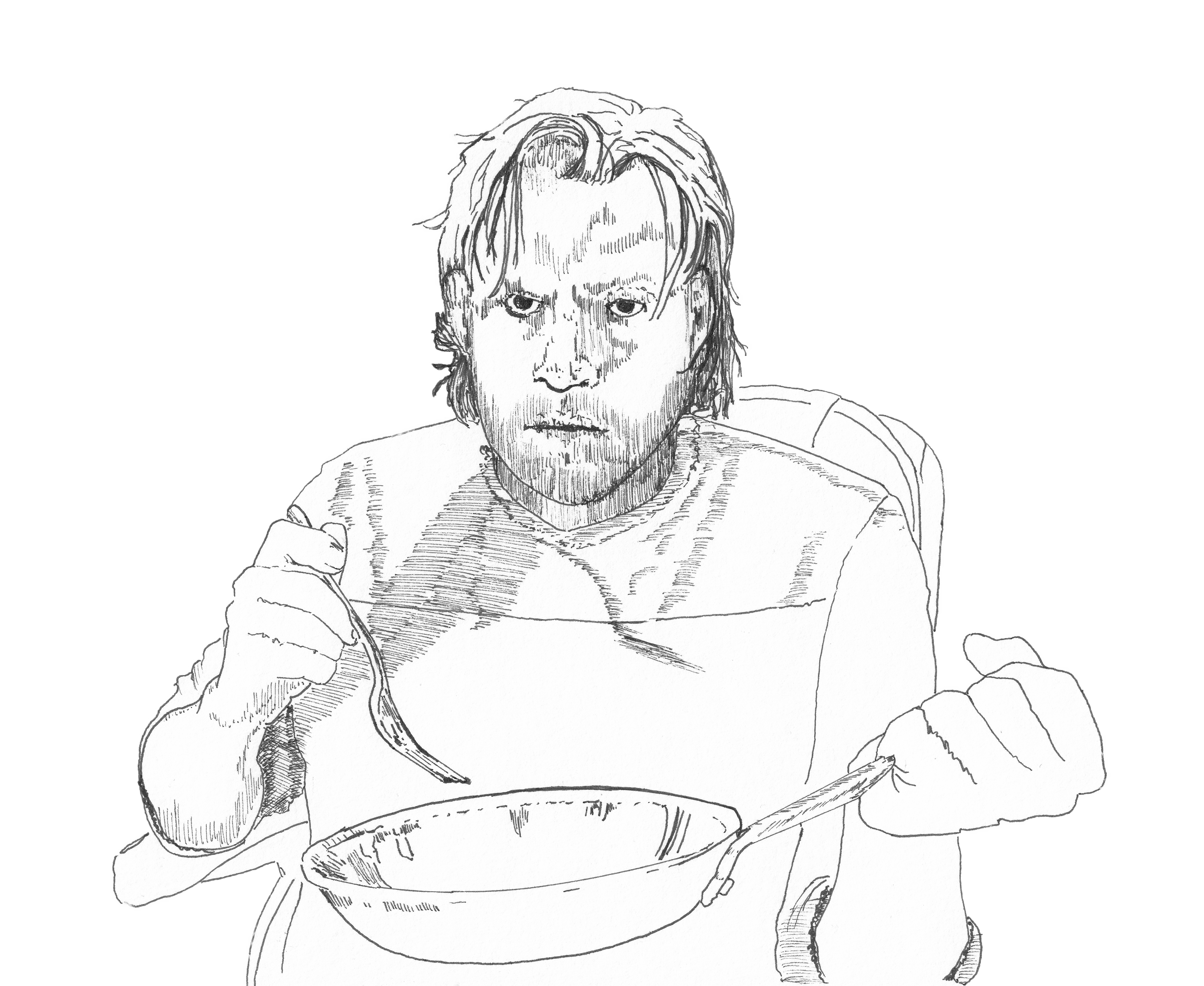 Associate Professor of Classics and a So-Called Illyrianist. Also an ostentatious dinner eater. During a discussion on Linear B, he ate his sautéed mushrooms as if they were the pan-fried kidneys of his colleagues. At the end of the event, it was as though we’d dined with Nero, his scrawny figure no longer distracting us from his astounding gluttony. 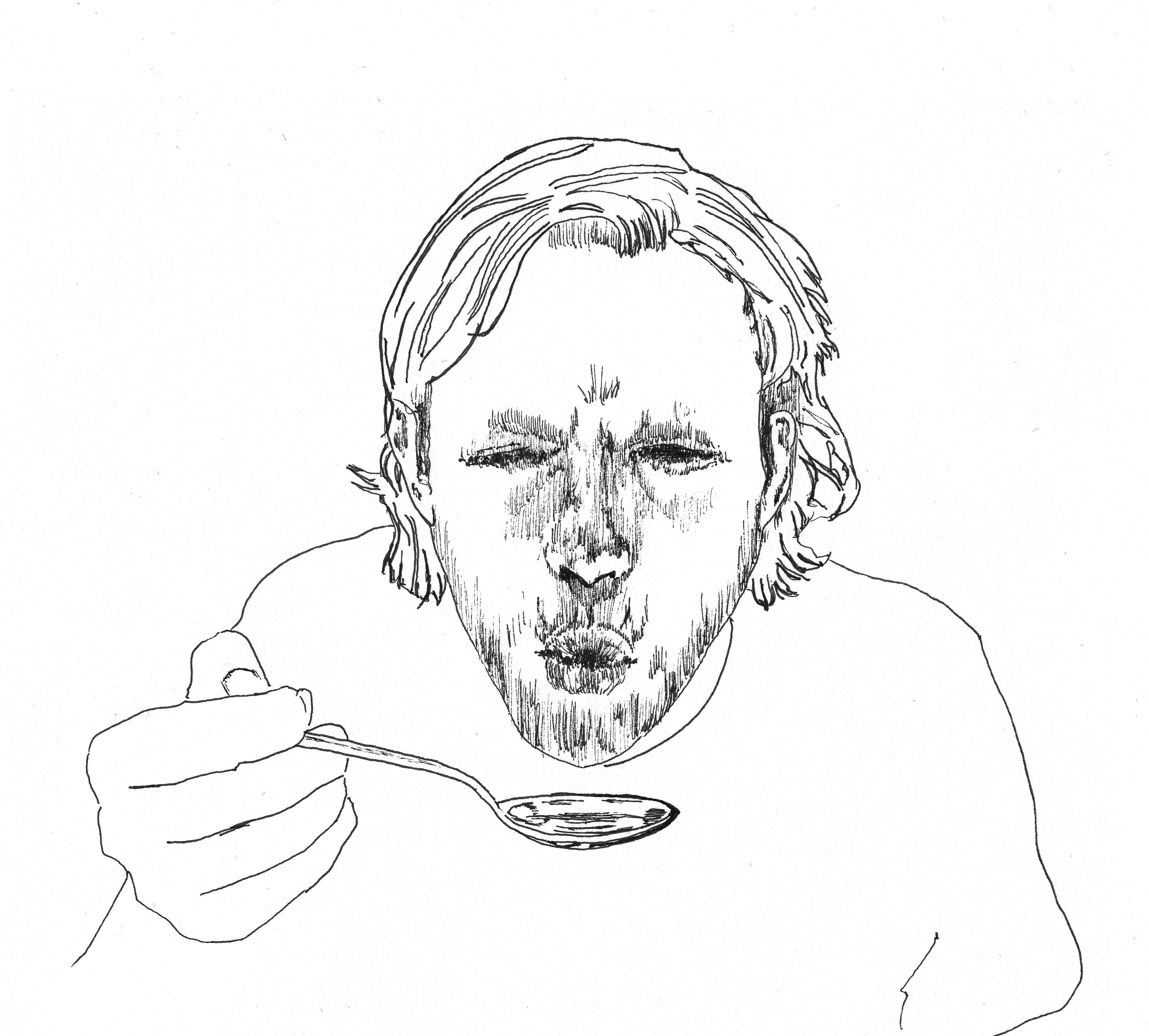 Linguist, Semanticist, Expert in Anaphoric Relations and Null-Subjects. Blew on everything—soup, almonds, bottled water. Defended himself in the parallel chat (after ridicule) that his blowing wasn’t a question of managing temperature. Rather, he said his office was filled with occult airborne mold and argued, “It’s very dangerous for me not to blow on my food.” He’s well known for filing an OSHA grievance against his department for its habitually unclean microwave—this fact made his mold explanation seem sincere. 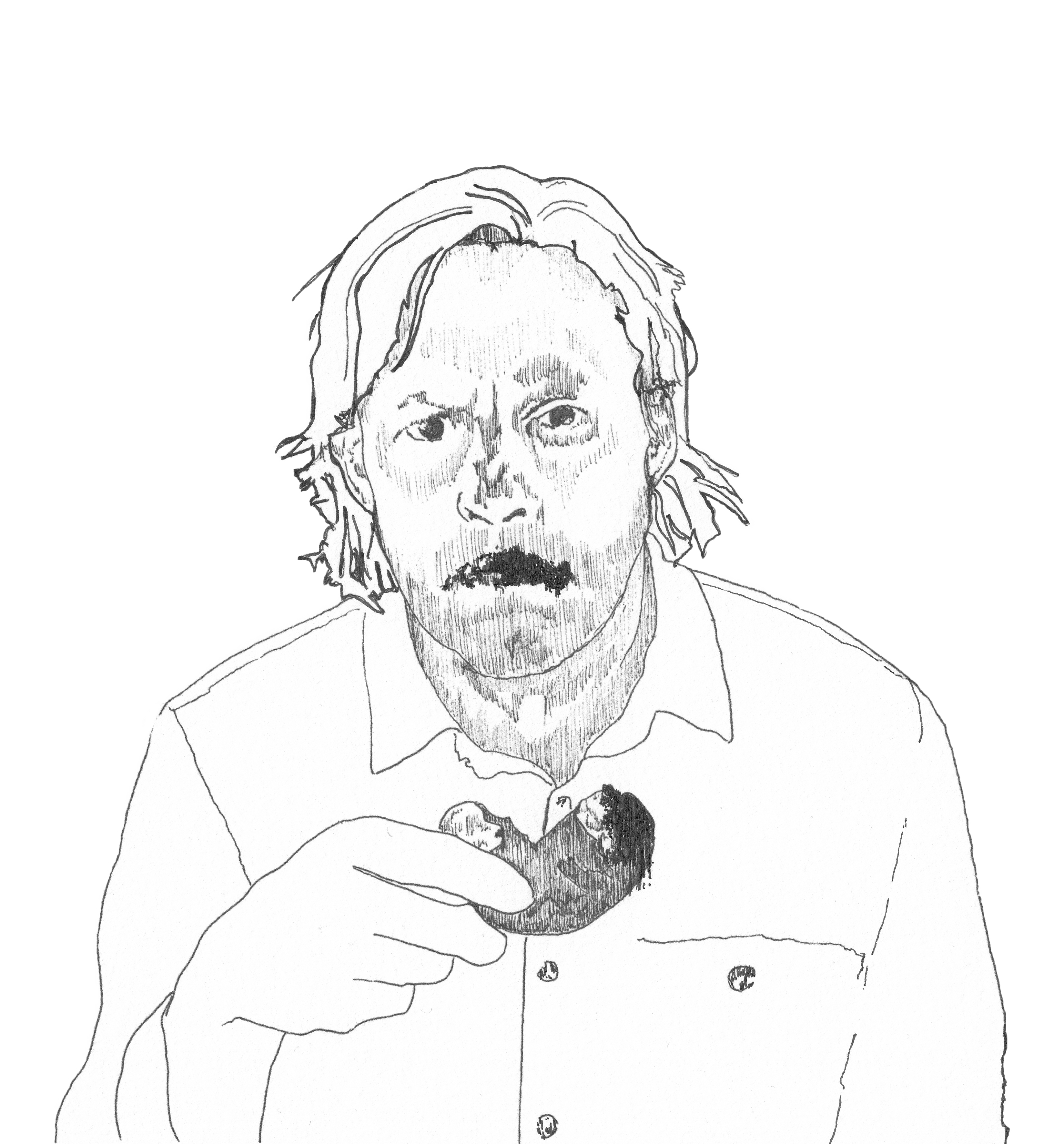 Art Historian and Printmaker. Ate doughnuts dipped in chocolate sauce as if he was a four-year-old at a birthday party. Seemed to suffer from a kind of colossal oblivion that was both visual and physical. Imagine having one’s lips dripping with a thick, congealing chocolate sauce for nearly an hour and not caring enough to wipe it off. I might applaud him for his heroic powers of intellectual focus, but incredibly, the topic of the Zoom discussion was the parking policy for an upcoming conference. 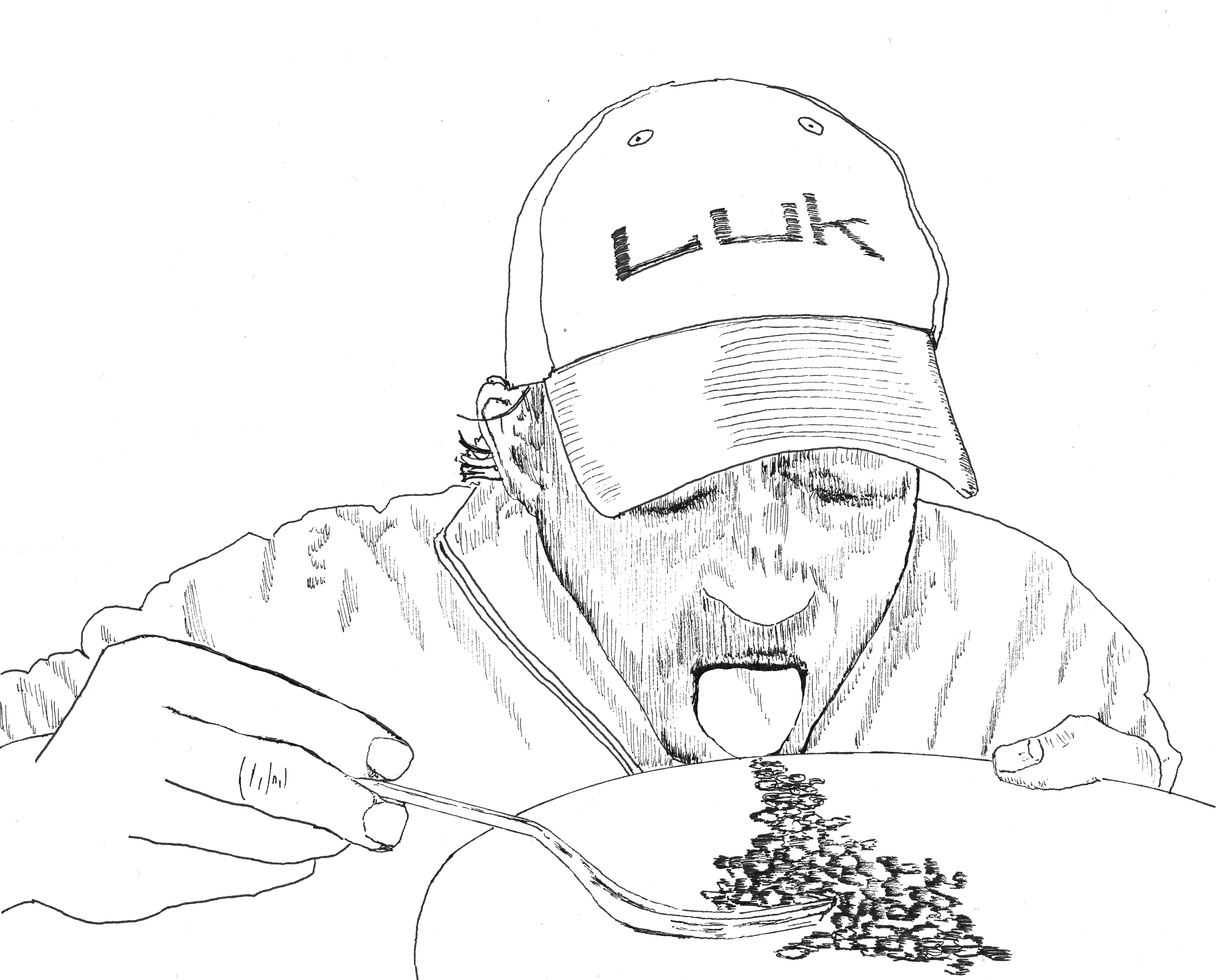 “Novelist.” Although he lectured us about the prodigious observational powers of the fiction writer, he seemed unable to locate his food unless it was inches from his eyes and his plate was resting on his lip. When he added that fiction writers alone had an understanding of the true nature of human dignity, a famous writer of medical narratives claimed the novelist was the most disgusting man she’d ever known.