It seems as though you can hardly pull your Hummer up to a drive-through window these days without hearing the banshee wails of the paranoid left warning that you will immediately develop four different kinds of cancer the moment you bite into your Big Mac. What has for generations been the quintessence of the hearty American meal has suddenly taken its place alongside handguns, motherhood, and heterosexuality on the extreme left’s list of the abominable, so-called “evils” that must be banished from the face of the earth.

This hysterical hyperbole should come as no surprise. These are but the opening shots in the liberal War on Food, an outraged assault that is far from restricted to the jobs-providing quick-service industry. With typical liberal arrogance, the propagators of this offensive have cast a condescending eye on everything from soda to prepackaged dinners, maintaining that every person in America would have the bodies of Olympic athletes if only we would make a wholesale conversion to a diet based on organic bean sprouts and tofu.

These assumptions are of course preposterous. Over the past several decades, the innovative power of American industry has succeeded in creating entirely new categories of safe, nutritious food that have largely solved the age-old problem of food preservation and all but eliminated the food shortages1 endemic to previous generations. While some see this prepackaged food revolution as the economic and public health miracle that it is, cynical left-wing root farmers have worked assiduously to slander these products, whining that they are nothing more than perverse chemical concoctions with little nutritional value that inject cocktails of noxious substances into our bodies, an in-fact entirely new category of substance with almost no resemblance to the food that has sustained humans for millennia.

Nonsense. From the rantings of the MSNBC echo chamber, you would think that such staples as partially hydrogenated soybean oil and high-fructose corn syrup were mustard gas. While these foods have enjoyed a recent resurgence, they are by no means new creations, and in fact likely played a key role in the evolution of modern thought, as evidenced by this fourth century BC painting of Plato and Aristotle dining on potassium bromate and tartrazine: 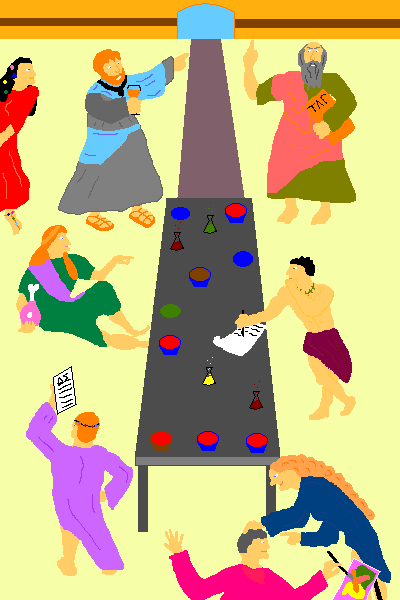 Mark Bittman of the propagandist New York Times has been perhaps the greatest peddler of the processed-food-is-bad fantasy, writing one delusional column after the next insisting that innocuous soda is some sort of malevolent silent killer, the tobacco of this generation, the principal catalyst in the diabetes epidemic that has swept over some 25 million Americans. Nonsense. If soda were really the atom bomb of the food world, the source of mass incapacitation of our society, then explain this photograph of Neil Armstrong drinking a Coke beside an American flag on the moon: 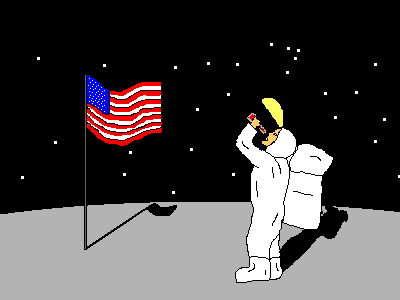 Soda, in fact, has become a favored target of the liberal left, who insist that this enormously delicious beverage is some sort of clandestine moonshine, threading its way parasite-like through the human body. New evidence has emerged that soda may in fact be some sort of super drink, giving those who consume it nearly superhuman intellectual and physical capabilities. Just take a look at the photograph of the three mice below involved in an experiment at a Jesus Institute for Science laboratory in Alabama. One was the control mouse, fed only typical mouse beverages, like disgusting water. The second was the so-called lefty mouse, which consumed nothing but organic beat juice hand grown by Peruvian peasants. The third mouse was given regular portions of healthful soda. The results are obvious:

What the factory-farming-is-the-source-of-all-evil-in-the-universe crowd consistently and conveniently fails to mention is that their so-called “fresh” food is, unlike the miracle foods produced in antiseptic factories, mostly grown outdoors, which is also the home of most wild animals and bacteria. Astute observers will note that nearly any time someone dies from food-borne illness it is from this so-called “fresh” food. For those who have no idea what they’re really bringing home when they stomp down the produce aisle, here is a microscopic view of an organic carrot purchased in Florida, showing that it is in fact carrying tiny Islamic terrorists flushing a copy of the U.S. Constitution down the toilet: 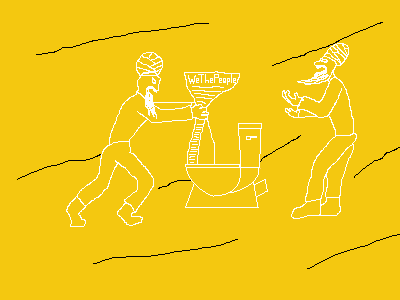 While liberals are somewhat correct on their observation that America is facing a public health epidemic, they are, as usual, wrong on their diagnosis. Americans, as a whole, are too obese, but this is hardly a consequence of some forced mass consumption of manufactured foods. It is, rather, the inevitable result of a liberal welfare state that provides free flatscreen TVs and unlimited malt liquor to the uninspired masses, slowly displacing our proud work-for-reward culture with a sit-on-your-ass-and-government-will-take-care-of-you mentality. For those of you who dismiss concerns about the welfare state as the cynical rantings of some disconnected conservative think tank, just check out this screen shot from a food stamp recipient in Utah preparing to purchase an airplane on his iPhone: 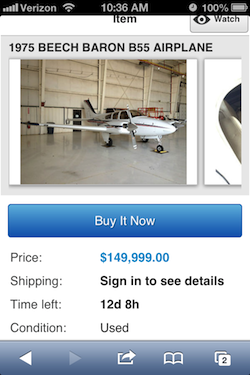 The War on Food is of course based on familiar outlandish liberal delusions, an entirely unfounded confidence in their imperious back-to-the-earth agenda that presumes we would achieve world peace if only everyone raised their own herd of heirloom alpacas and grew organic rutabagas on their rooftop gardens. It is quite obvious that this presumption of gustatory superiority is part a broader liberal agenda to take control of Americans’ bodies and minds, a program that starts from the White House with Michelle Obama’s condescending Let’s Move campaign and wends through the left-wing strongholds of New York City, where their traitorous one-time Republican mayor Michael Bloomberg installed a trans-fat ban and mandated calorie counts be posted in size 125 font beside most food menus.

Enough. The American food supply, much like our health care and education systems, is the safest and best in the world, mostly because we believe that it is and repeat this belief over and over again. While it is perhaps no surprise that the same crowd of fair-trade brownstone-dwellers tut-tutting everything from the kind of light bulbs Americans use to the caliber of gun we can own is trying to install itself as the overlord of the American food supply, there is no reason we must fall for their lies. So hit the drive-through today, and super size your displeasure with the liberal food police.

1 Food shortages have ended, of course, only for those responsible citizens who can afford it. There are of course billions of jobless losers in Africa gnawing on antelope bones for sustenance, but we can hardly concern ourselves with them in this space.