Of the hailstorm of regressive socialist policies that Fuhrer Obama has promoted since being carried into the Oval Office on his sedan chair, perhaps none has been so preposterous as his incessant promotion of expanded high-speed rail service. While Republicans in Congress have valiantly beaten back the so-called president’s original proposals to defile our continent with a spider web of spanking new train lines, work continues on a pair of these useless projects in California and the Northeast corridor.

That trains are subtle propagators of the collectivist mindset that Obama so idolizes is obvious to anyone who bothers to examine the evidence. Ask anyone to name the top three places they think of when you mention the words “socialism” or “communism,” and they will most likely say, in some order, China, Europe and New York City. That these are also the top three places on Earth most reliant on sprawling networks of trains should come as no surprise. China has rapidly built an enormous high-speed rail network that will subject its citizens to the perpetual tyranny of mass movement. Many American university students, in a final step in their indoctrination into far-left thought that is the principal product of modern U.S. colleges, take a post-graduation “backpacking” trip across Europe, relying on trains to transport them between the communist strongholds of Paris and Vienna. And little need be said about New York City, where the citizenry daily packs themselves onto trains in an exercise in mass depersonalization. Just take a look at this aerial view of the city lit up at night, where the population coordinated a special message to express support of their favorite political philosophy: 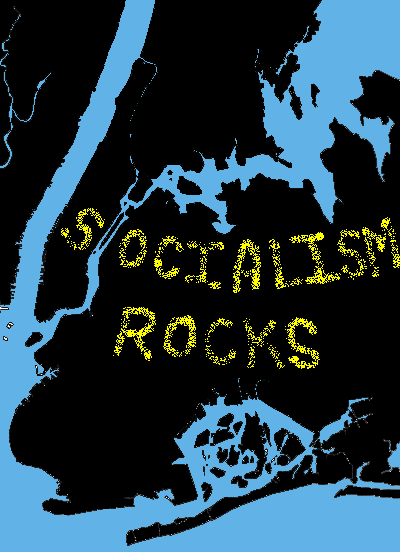 Obama’s hatred of America aligns perfectly with his love of trains. But his loathing of individuality and fondness for groupthink are hardly the only characteristics of these vehicles that appeal to His Majesty. Aside from sating the collectivist hordes that voted tens of millions strong to transform our beloved democracy into the 21st Century’s version of the Soviet Union, Obama’s obsession with trains serves the dual purpose of allowing him to draw further links between himself and his hero Abraham Lincoln. While it may be endearing to certain segments of know-nothing voters that the clueless Obama often cites the Republican president Lincoln as one of his political heroes, it is discouraging that the current president’s lack of original ideas leads him to shallow mimickery of the 16th president’s political platform, with its at-the-time forward-thinking focus on building a transcontinental railroad.

Memo to Heir Obama: It is 2013. Railroads are no longer useful for anything other than transporting chemicals to weapons manufacturers. Obama may as well be proposing an expansion of the buggy-making industry or a new emphasis on our national telegraph infrastructure. While trains were considered cutting-edge technology in Lincoln’s time, so too were sewing machines and the cotton gin. And, just as these inventions have been modernized and enhanced by such revolutions as sweatshops and low-wage immigrant labor, passenger rail has been displaced altogether by something far more useful: the automobile.

While the out-of-touch Obama still touts outmoded ideas repulsive to the American mainstream, such as universal healthcare and racial equality, even he must emerge from his time capsule occasionally to notice the great quantity of personal motor vehicles zipping happily about the American landscape, efficiently transporting riders where they want to go when they want to go there, with no bother for timetables or proximity to other humans. It is obvious that Americans love cars and hate trains. In a recent APMAG survey,1 a randomly selected sampling of Americans chose being eaten alive by a boa constrictor or falling off the top of a skyscraper as being preferable activities to riding on a passenger train. A sampling of other survey questions and results appears below:

As repulsive as the very idea of trains is to true Americans, the Democrats do have one point: our interstate highway system, built in the 1950s and ‘60s for a population significantly less than 200 million, is increasingly overwhelmed by the demands of an ever-growing nation that is rapidly approaching 320 million residents. Traffic is often impassable in and around any of our major metropolitan areas. With property values bordering interstates making eminent domain confiscations, and therefore highway expansions, prohibitively expensive, there is indeed a dramatic need for transportation alternatives to personal motor vehicles.

The solution could not be more obvious: drillmobiles. Rather than expanding mass transit systems that herd Americans together like Scandinavian sheep-people, Congress should authorize the use of personal drillmobiles at once. Such legislation would excuse Americans from their reliance on established roadways—themselves a collectivist imposition by the government that purport to tell citizens where they can drive—and allow them to tunnel holes through the earth wherever they see fit. The photograph below shows one of these fine vehicles in action, skirting an irritating traffic problem and nudging aside an inconveniently placed house in suburban Virginia to reach its destination with maximum efficiency and little fuss: 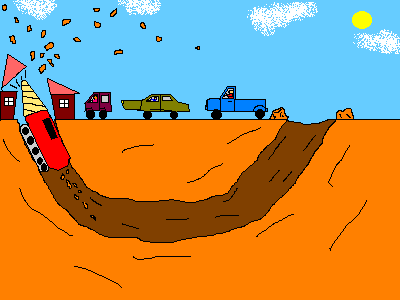 You can practically hear the organic broccoli crowd bawling into their soy flakes as they read this, protesting that the cost of a drillmobile is well beyond the means of the average American, and that mass transit expansion would be a much more appropriate use of our funds. Nonsense. Those with the ability to purchase drillmobiles will obviously be the job creators who, no longer restricted by the onerous demands of following marked roadways and government-imposed speed limits and traffic signals, will be able to bore their way across the country, creating jobs at an unprecedented rate.

Of course, this still leaves us with the issues of trains and train tracks, thousands of miles of which still mar the American landscape. Short of re-converting the train fleet to coal-powered engines to encourage mining of that environmentally innocuous substance, there is little that can be done to make trains useful. While train yards can be cleared to make way for new drillmobile factories and the tracks can be sold off to private entities and converted into toll roads to expand our highway system, that still leaves the problem of the trains themselves. APMAG proposes melting down these useless vehicles and repurposing the raw materials to build something far more beneficial to the population at large, such as several hundred of these X-14 Warrior Robots, pictured below at a test facility in South Dakota: 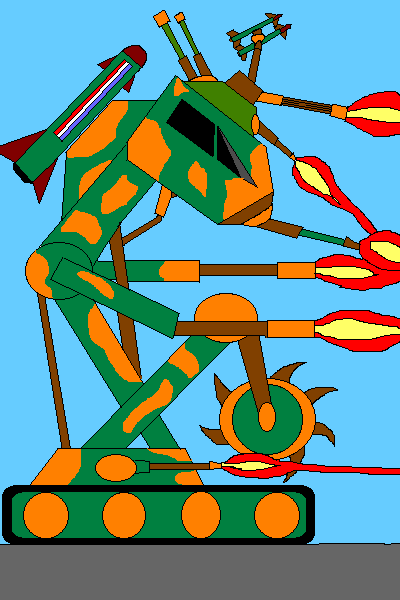 By continuing to promote the outdated idea of passenger train expansion, Obama is only reinforcing his reputation as the most clueless and detached politician in American history. Only a concerted effort by the true Americans among us can stop him in his tracks.

1 While this survey was not actually conducted, APMAG is fairly certain that the actual results would be quite close to these fictional results that we invented for our convenience.