Position Papers from the Apple Pie and Machine Guns Institute

As the relentless dismantling of our democracy continues under the reign of Emperor Obama, it is at times difficult to feel optimistic. The hated Affordable Care Act is set to neuter the greatest healthcare system in the world on Jan. 1 of next year. We are on the cusp of inviting 12 million illegals to our collective dinner table as so-called immigration reform rockets toward our borders like a terrifying real-life Speedy Gonzalez. And our sacred right to own a simple AR-15 with a 30-round clip for self-defense/the overthrow of our fascist government is under imminent threat.

Yet look beyond the rapacious freedom-stealing hordes of the Washington Beltway and you will see, in our states and localities, flowers of freedom blooming in the shadows of totalitarianism. Nowhere has this been more pronounced than in Michigan, where Governor Rick Snyder took a mighty stand for workers’ rights and pushed a severely overdue right-to-work bill through the Michigan State Legislature.

This important law, already on the books in 23 states besides Michigan, unshackles employees from the tyrannical oversight of labor unions, which are at best legalized mafias and at worst the Osama bin Ladens of the working world, stealing workers’ freedoms by compelling them to pay union dues. No more. With a stroke of the pen, Governor Snyder has liberated the state’s long-oppressed proletariat from this obligation.

Organized labor apologists would have you believe that unions offer a simple compact, that their services are at once necessary and benevolent and always favor the worker. A glance at a notecard handed out by union representatives in Ohio summarizing their latest UAW contract demonstrates that workers forfeit considerably more than they gain in typical labor negotiations: 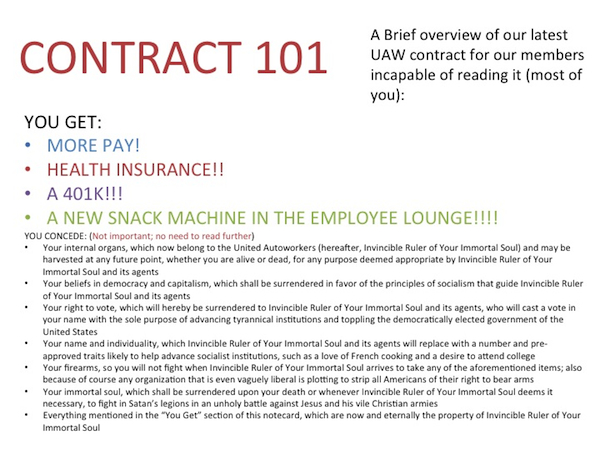 Those of you who still doubt that unions are nefarious enterprises will perhaps be convinced by this recent photograph of a Teamsters hall set up beside the Gates of Hell: 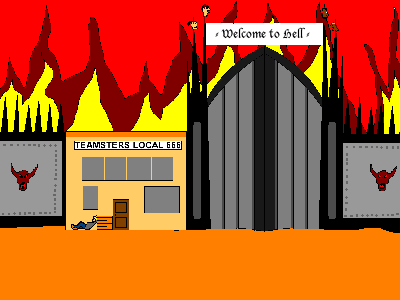 Unsurprisingly, there is every reason to believe that even the most diabolical being in the history of Earth is fed up with sclerotic and ineffective labor unions, as the front page of Hell’s newspaper of record clearly indicates: 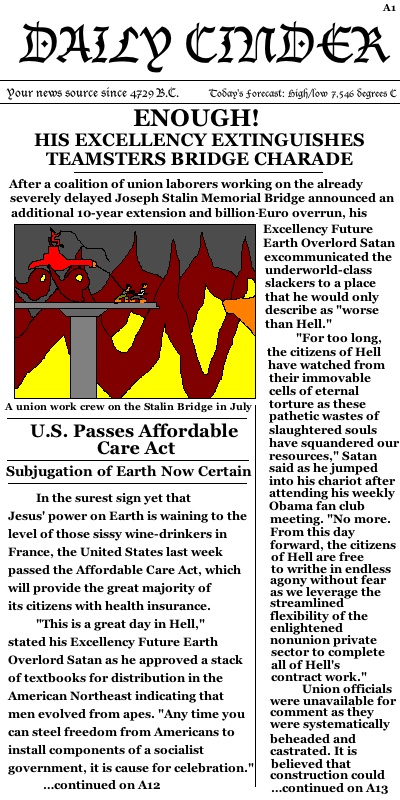 It is comforting to know that Rick Snyder is at least as smart as the devil. With unions sent to the corner for a perpetual timeout, Michigan’s workers will finally be able to bargain for the things they find most important. While the union has long acted as an unnecessary middleman, shoving pay raises, health benefits, pensions, paid vacations and workplace safety rules down their throats, these are not the things that most workers value. A recent survey of union workers that APMAG considered conducting would probably have produced the following results: 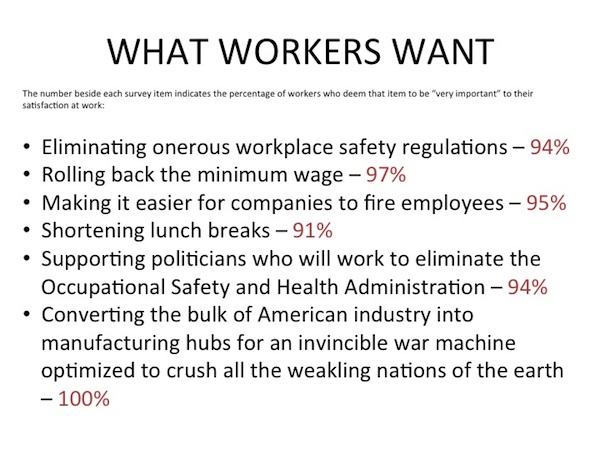 Research that has yet to be conducted suggests that many of the so-called benefits that unions have long obsessed over are actually detrimental to a worker’s health. Oversized wages are thought to cause a condition known as Line Workers Syndrome, in which a laborer suddenly freezes up for fear that his employer will not meet its bottom line. Shortened workdays and vacations encourage idle time during which employees are not contributing to a company’s productivity. Access to company health benefits steals worker’s free-market choice while the knowledge of easy access to medical care encourages self-inflicted wounds. And pensions oblige companies to perpetually pay retired workers—some of whom have irritatingly long lifespans—causing anxiety among laborers about the financial well-being of the company’s stockholders. This epidemic mental health crisis among unionized workers can perhaps best be understood by studying this photograph of a Minnesota man threatening to leap to his death from a factory roof unless the union allows him to accept a 10-percent pay cut: 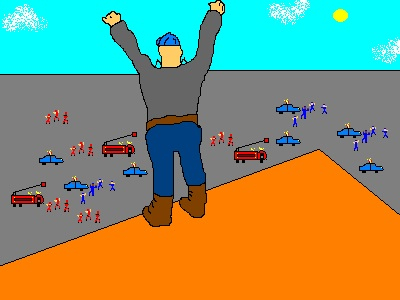 While a few union hacks will lament the inevitable loss of their two-hour workday with an hour and 45 minutes of built-in breaks, most workers will rejoice, and the at-last liberated businesses of Detroit will celebrate the opportunity to put a more flexible 1 workforce in place. With the Viking hordes of greedy blue-collar do-nothings tamed, the beleaguered businesses of Detroit will, at long last, perhaps be able to turn a profit. Those who doubt that union workers have been systematically strip mining their employers’ wealth for decades, taking far more than their fair share, need only glance at the photo below of a retired Michigan line worker jumping his Ferrari over a swimming pool filled with burning ivory: 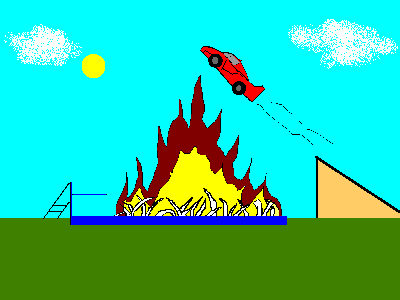 The importance of passing a right-to-work law in Michigan cannot be overstated. The state is the spiritual home of America’s labor union movement, which for decades has made its every priority the smothering of workers’ rights, the dissolution of the middle class, and the total destruction of U.S. industry and the free enterprise system.

Right-to-work laws are not perfect. They do nothing, for example, to solve the problem of women and minorities in the workplace. They are however, as a whole, a positive step toward eliminating the scourge of labor unions from the lives of workers. As the bloated corpse of labor gasps for air in Michigan and dies out over the next several years, other states long battered by labor unions will not doubt follow suit, and the workers of America will be better off for it.

1 “Flexible” is here used as a euphemism for “low-wage immigrant.”