McSweeney’s Internet Tendency contributor Doogie Horner’s Some Very Interesting Cats Perhaps You Weren’t Aware Of is an illustrated book of short stories and cartoons about cats, most of which are funny. Below is an excerpt. 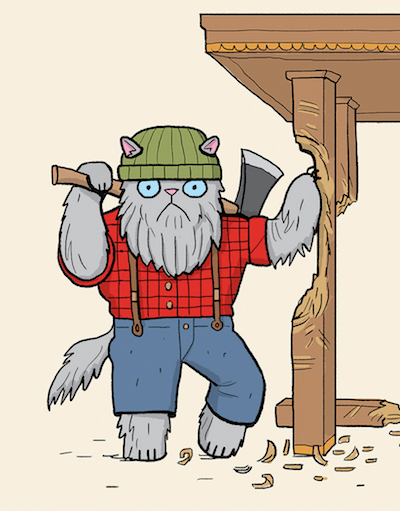 You could use an ax for logging, sure. A crosscut saw was faster, if you had a lumbercat to work each end. And of course a chainsaw or feller buncher could chop down a table leg quicker than you could hiss — but Mackinaw wasn’t trying to do it quick. He wanted to feel the grain split beneath his paw. He used his claws. 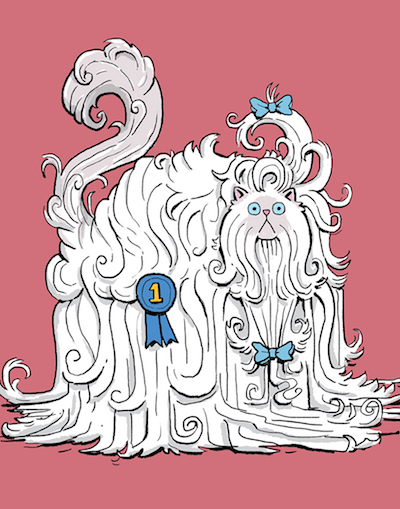 Commissioner Weir disappeared into the Persian Longhair’s fur moments after pinning on the blue ribbon. In the interminable minutes since he said, “Wait, there’s something in here,” and vanished from sight, no one had been brave enough to go in after him. Regardless, the remaining judges agreed that Nubbins was a stunning example of lilac-point coloration. 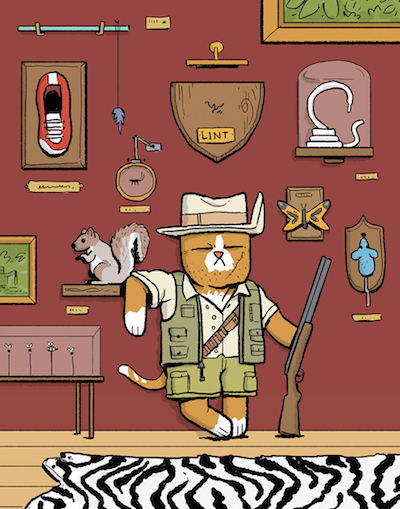 “Follow me into the Africa room, where each of my trophies tells a story: There’s the shoelace that almost bit my ear off. Did you know chipmunks can spit their venom? They aim for the eyes. Ha! That loafer’s hide was so thick, my claws couldn’t even pierce it. How many times can one cat cheat death? Look around you, gentlemen: The answer is on these walls.” 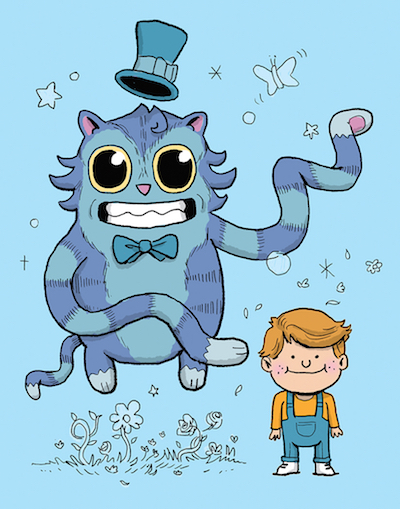 Tommy loved Noodles. They played games and went on hikes through the woods. If it was raining, they’d build sofa cushion forts and pretend they were cowboys defending the Alamo.

“Why can’t anyone else see you?” Tommy asked him one day.

“Because,” Noodles replied, “nobody else has a dangerous carbon monoxide leak in their bedroom.”