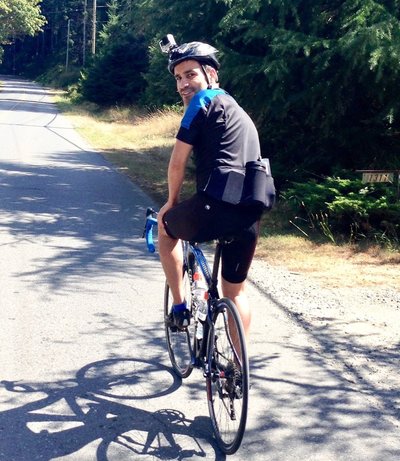 The night of the memorial service, my usual insomnia is exacerbated by jet lag and the echo of Sheryl Drake’s brave words at the pulpit: “Lukas, I’m trying to be strong for you, but every time I close my eyes I see your beautiful smile, and when I open them you’re gone.” His widow’s voice, over and over until the sun comes up, when I finally dry my eyes and decide to go for a walk.

I wander around the less pleasant parts of Mt. Pleasant, the Vancouver, BC neighborhood Lukas and I had met some twenty years earlier. I try to relocate the crummy apartments we rented in the late ’90s. Miraculously, despite this city’s infamous real-estate transformation since then, all three are still there, essentially unchanged. The first is on the ground level of a big, run-down house, easily identified by the knuckled old oak tree out front. Lukas and I had just met and had lefty politics, vegetarianism, old records and skateboarding in common. He was always fast friends with just about anyone who, like me, could appreciate (or at least tolerate) his relentless, off-beat humor. Besides, he needed a place to crash and I had a couch.

Two weeks later, after my older, more responsible roommate got tired of waking up to find my friend still on her couch in the morning, Lukas was forcibly relocated into my bedroom, where we had to share a twin-size futon. He and I awoke one night to the awkward discovery of my hand on his chest, an incident that ever after made it impossible for me to make fun of his excessive body hair without him reminding me of my alleged fondness for it. Thus, the close quarters forced our hand, so to speak, to go find a place of our own.

We moved a few blocks down the hill where we now each had our own bed, albeit in a small, shared bedroom in a middle-aged Swedish couple’s basement suite. Before long, I fell blindly for a girl and, despite the shared room, I promptly invited her to sleep over. She obliged, and that night we attempted to be discreet while Lukas tried to sleep across the room with a pillow over his head. The next morning, and for the next twenty years, he would hilariously imitate the squeaking bedsprings and intimate whispers he couldn’t help but overhear that night.

That girlfriend eventually dropped me as hard and fast as I had fallen for her and, for a few excruciating weeks, I suffered through a rejection the likes of which I’d never imagined. Lukas helped me relocate my self-worth, mainly by applying a steady barrage of bedspring squeaks. He showed me the importance of being able to laugh at myself — even at 21, he was wise like that.

The Swedes announced one day that they were pocketing our damage deposit for no apparent reason, so we moved out while they were out of town. We carted their cool, mid-century sofa set with us on our skateboards a few blocks away to our new apartment. It was a roach-infested two bedroom on the main floor of a brownish-yellow, dilapidated house-turned-apartment building. It was still nicer and bigger than anything we’d called ours before, so we gave the pests notice we were there to stay. Lukas quickly overflowed the place with his collection of collections: records, books, shoes, fanny packs, windbreakers, sunglasses and ALF memorabilia. There was an unemployed neighbor down the hall who seemingly cooked nothing but hamburgers day and night. The smoke would waft under the door and right into Lukas’ room, where it would park itself permanently. Lukas used to say that if it hadn’t been for that burger smog he might have become a meat eater, and indeed he stayed vegan for the rest of his life.

The well-known skate-spot in the alleyway behind the yellow house is still there today, miraculously not skate-stopped all these years later. Lukas was the visionary who first paved it, adjoining the embankment to the yellow-painted cement barrier on top of it, making the transition smoother (but not exactly smooth). He engraved his tag, “Union,” in the wet cement, where it stayed for years.

He had been writing “Union” on walls around East Van for some time, but his U’s narrowed and almost connected at the top, and they were easily mistaken for O’s, turning the proletarian Union into one of this vegan’s least favorite vegetables, Onion. Someone even got cute and explicitly changed a few of Lukas’s U’s to O’s for him. Not to be outdone at a good joke, even at his own expense, Lukas went back to some of his old tags and spray painted little onions next to them.

I walk up the hill to the computer repair shop that used to be a political bookstore, where we first met, and get a coffee at the café where we would take refuge from the political meetings. Along the way I pass the spot where Lukas’s favorite 7-Eleven used to be. Once, we were on Main Street bus, late for a meeting of some revolutionary urgency at the bookstore and, despite my protests, he dinged the bell and got off to get a Slushee from the 7-Eleven. Lukas never drank or touched drugs, but he was a fiend for sugary drinks. I shook my head disapprovingly and stayed on the bus. A few stops later, he had somehow managed to pass us, huffing it up a steep hill on his skateboard. When I finally got to the bookstore, he was already there waiting for me. He just beamed his signature grin and took a triumphant pull off his cold drink.

I walk by the corner where the sushi restaurant once was. We would go there for happy hour two-or-three times a week with the third of our trio, Charlie Demers, until our favorite waitress one day put an end to Lukas’s delusion, stating matter-of-factly that the vegetable tempura he’d been consuming for over a year indeed contained egg and was not vegan. Charlie and I always remotely suspected Lukas in the arson that claimed Kishu Island a few years later.

I comb East Vancouver, gazing down alleyways and straining at freight cars, hoping to catch a faded old “Union” tag or one of its “Onion” brethren, miraculously having endured all these years, but there’s not a trace of either variety. My feet ache from this marathon walk down memory lane, my tear ducts have quit on me, and besides, my flight home to New York is in a few hours. I make my way back to Charlie’s place to pack my bag when, only two blocks away, I spot a tiny piece of paper on the sidewalk. It looks like the insert from a hanging file. In clear, typed letters it says, “Union.” I pick it up and stare at it. I look around, half expecting Lukas to jump out from behind a bush and celebrate this, his most twisted prank ever. I take a picture of it, thinking no one will believe me, and head back to Charlie’s.

Lukas was well-known and loved for many qualities, but most striking was his sense of humor. His bread and butter was a sometimes-brilliant, sometimes-painful play on words. Puns and double-entendres lay like ambushes around every corner. Standing alone on that sidewalk on a quiet Sunday morning, almost a week after the accident, having scoured the city for hours for a spray-painted “Union” tag, and I stumbled on a union tag with a twist. Of the countless words in the English Language and the infinite Vancouver sidewalks I could have walked down, this pun felt like an impossible coincidence.

The night before, I had reminisced into the early morning hours with Lukas’ family and friends, most of whom I hadn’t met before. His close friend Mike and I searched for meaning in the tragedy that took someone so young and so loved. That day, he had been attempting to cycle the Triple Crown, a grueling, 50 mile, 6,500 foot vertical climb up three Vancouver-area mountains, Cypress, Grouse and Seymour. He had finished the second mountain and was minutes away from meeting his wife Sheryl for a pit stop in North Vancouver.

The driver claimed the sun was in his eyes, that he couldn’t see the road ahead as he made a left turn across oncoming traffic. Lukas was hurling down Keith Road, a long, steep hill, no doubt exhausted and elated, when the car hit him.

Lukas was the one guy who should have outlived us all. He had infinite energy, was the healthiest person I knew, took cycling trips all over the world and had a flourishing career (his visual effects work on Gotham helped the series win an Emmy just six weeks after he passed away). Mike and I agreed that if there is anything to be learned it’s to try to be more like Lukas, to dedicate ourselves uncompromisingly to what’s most important to us, the way he always did. 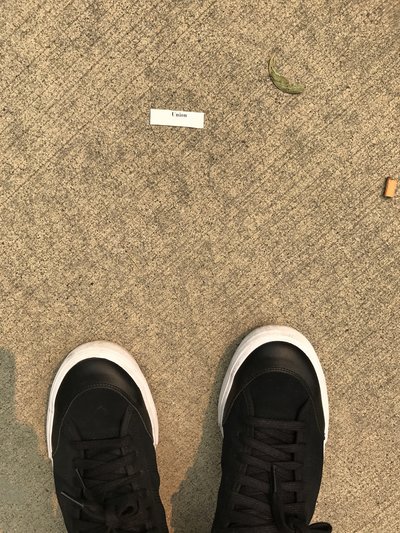 Standing there on the sidewalk, I turn the “Union” tag over. Handwritten on the back, it reads “Aftercare: commitment to self.” As an atheist, I don’t even vaguely believe in spirits or an afterlife, but I still can’t help but feel like Lukas is here, making his last bad pun (‘union tag’), and with it, leaving a parting piece of wisdom, as if to say, “Take care of yourself, old friend.” 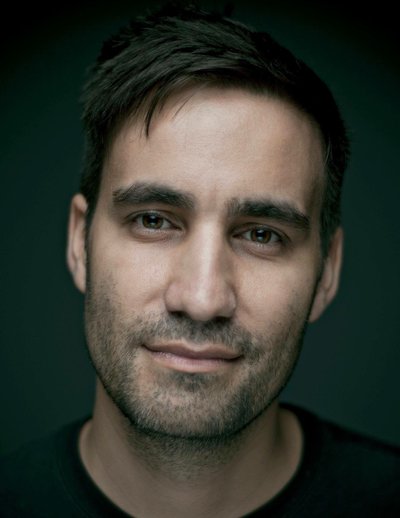