Two Brilliant Kids
Interview M. Quint
About Her Debut Novel,
The Defiant
(With a Little Help from Jonathan Lethem)

I’d known for years that my cousin M. Quint was talented in the literary direction, and scheming to join the ranks of published authors—and that we both shared a pretty rare influence in believing that we were born to do this kind of stuff: our Aunt Billie, aka Wilma Yeo, who published a number of children’s books in the ’60’s and ’70’s, and was also lovely and wonderful to know. When she finally produced her first result, The Defiant, I was blown away by the deft and exotic adventure she’d concocted, and figured I ought to round up a couple of children to interview her—children have better questions than adults, usually. —Jonathan Lethem 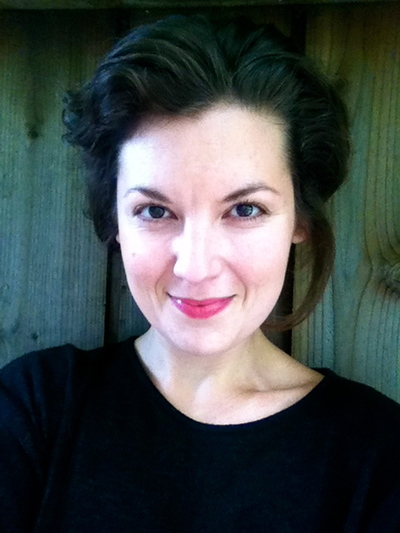 Islands are exciting places for an adventure, right? There’s something in-between about them—the solid land surrounded by moving water—that makes an island feel full of possibility, like the Defiant crew could either stay forever or launch off into something new and totally unpredictable.

Oh, good! He was a tricky character, for me. When someone’s personality is so private and inward—when they have a hard time sharing their thoughts and feelings like Gabriel does—it can be difficult to really know them and become attached to them. That was really a struggle with putting Gabriel at the front of the story, and a lot of the reason Esme, who’s much more of an open book, takes up a greater role as the book unfolds.

Everett: How long did it take to write?

It took about two years to write and then another year or so to refine and get into final shape.

Everett: Did you test this book out on any kids you know?

I did, yes! At the early stages especially, just to make sure that the idea of kids on a ship going from island to island was actually fun to read about. That was a really important part of the process. The two most important things I learned from those early readers were 1. Make the chapters much shorter and 2. Have more action (I tend to write about what people are thinking about instead of what they’re actually doing).

After those first young readers, there was a long time when I was only talking to other adults about the book, which was really helpful in a ton of ways. But it’s way more fun to hear what kids like you and Desmond think. You’re the ones I wrote the book for, after all. 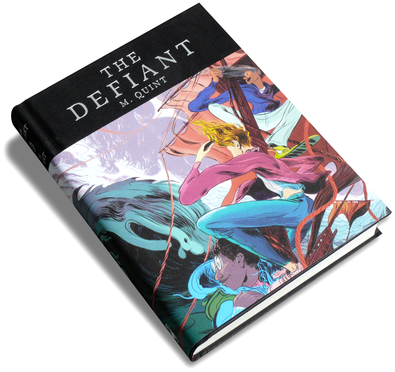 Everett: What inspired you?

When I first started imaging the book, my good friend Lauren had just bought a sailboat and was learning to how to sail. After work, we would drive out to the slip where she docked her boat and take it out onto the bay. The sun would just be going down. We had these incredible night sails—we were often the only boat out there—and we’d go right up to the Golden Gate Bridge. The waters were dark and rough and it was inspiring to watch my friend learn to captain her boat. I brought a lot of that into Gabriel’s character.

A little bit later, when I was really in the thick of writing The Defiant, I moved by myself to the woods about an hour outside San Francisco. I found the quiet and solitude very inspiring. It was often difficult to be alone so much, but that’s a feeling I wove into the book.

Desmond: What you were you thinking when you were making all the characters?

Before I started writing, I took a lot of time thinking about who each character was—where they came from and especially what their particular struggle was. Then I thought about how those struggles would all interact with each other once these kids were crammed onto a ship lost at sea—how the kids might grow together as they faced different challenges. I didn’t necessarily want them to get over their particular struggle—to change in some big way—but I did think a lot about how they might come to understand themselves better.

I will say that when I first wrote the characters, they were much, much nicer to each other. But that just felt false. I’d forgotten that even when kids care a lot about each other, they can also be really tough. I guess that’s true of adults, too. But kids are far more honest about it, I think.

Desmond: What were you thinking when you invented the island?

Even though they’re all quite different, each island is meant to help the Defiant kids figure themselves out a little bit more, both individually and as a crew.

For the first island, I wanted to make the stakes pretty simple. At that point the Defiant kids are so desperate to get off the ship and find a place to stay that there had to be a pretty clear reason to leave again. Going hungry seemed about as clear a reason as I could imagine. And the rules on the first island were so extreme because it was time for the Defiant kids to start defining themselves as a crew. So the contrast was necessary. By witnessing the intensity of the thin kids’ rules, the Defiant kids had to ask themselves: What are the rules we value? Who are we as a crew?

The seal island came at a point when the Defiant kids had to start thinking about their roles and, particularly, about leadership. So here, I was thinking a lot about power and what it means to be in charge. Gabriel was always the reluctant captain, and Carrick was there to show him the danger of letting someone else blindly be in control of his crew. It forced Gabriel to step into the role of a leader.

The third island is all about connection and isolation. To me, the third island seemed the most likely place for the crew to end up. They had water and food, they had all sorts of neat gadgets. And the blue light kids felt the most stable and advanced. But the Outliers proved that simply having the basics to live isn’t enough—that figuring out the values of the community are essential, too.

Everett: What island would you want to live on? Didn’t the crew prove that none of them were perfect?

That’s exactly right—the Defiant crew could never settle down and make any of the islands their new home because none of the islands were ever quite the right fit. Honestly, I think I’d rather be aboard the Defiant than on any of those weird islands. Even if they don’t know what they’re doing, I trust all the Defiant kids way more than Carrick or Marie or (especially) Devon.

Desmond: Are you going to see more of the pink stuff?
Everett: What about the white stuff too?

Desmond: But he never did anything with that knife. All he did was hold it.

D, spoiler! But yes, you’re right, Gabriel didn’t do anything with the tusk knife, in the end. There’s a saying by a famous writer that goes something like: If you introduce an exciting object at the beginning, it has to do something by the end. I didn’t follow that advice very well! But I’ll tell you what I was thinking here: I wanted Gabriel to have the opportunity to use the knife, but ultimately choose not to because it wasn’t right for him.

Desmond: What if it starts all over again, at the first island?

That’s brilliant! Have you ever seen The Twilight Zone? It’s an old TV show I bet you’d like. That idea—starting back at the first island—feels very in keeping with plotlines from that show where you might go through a whole journey only to discover you’re right back where you started—not in a nice Wizard of Oz way but in an unsettling way—like you can never really get anywhere new. When I think about a sequel, it’s fun to think about combining characters from the islands: How would Carrick and Marie negotiate power?

Everett: What’s the next island going to be about?
Desmond: Can you make a second one?

I definitely daydream a lot about a second book, and have a lot of notes to that end. On the one hand, I don’t feel like I’m completely done with this story and these characters. On the other, part of me likes leaving it open—I like the idea that readers can imagine very different ways The Defiant crew’s journey might end. We’ll see!

You can purchase The Defiant from the McSweeney’s Store or at fine independent bookstores. You can also read an excerpt from the book here.