Which is your favorite cocktail?

Are you an introvert or an extrovert?

a) My partner is an extrovert.
b) Extrovert. BOOM!
c) Somewhere in the middle.
d) [blinks slowly]
e) Introvert.
f) I haven’t a prayer of an idea.
g) I’m not a bigot. I’m not.
h) I’m just really lucky.
i) Are you really asking a Jew this question? JK, JK.

Are you Team Edward or Team Jacob?

a) We should decide this issue with a military tribunal.
b) Team Jacob—A wolf comes as a wolf.
c) Let the states decide.
d) Uhhh… stare decisis. Edward, I guess.
e) It is a woman’s right to decide.
f) We cannot rely on the original text.
g) Congress has no authority to curb the sale of machine guns.
h) The book says what it says.
i) I wish you wouldn’t.

How do you walk into a room?

a) Ride the coat tails of free speech.
b) With thrust.
c) Race.
d) Run from sexual harassment allegations.
e) Don’t mess around.
f) Marcher vraiment.
g) Like a proud Italian.
h) The trick is to dress badly.
i) Wait for Ruth Bader Ginsburg to open the door.

Do you agree that American infrastructure is hopelessly inadequate?

a) Dual carriageways are too separate.
b) The system is perfect as originally designed.
c) Highways can be lonely.
d) [looks skyward]
e) Roads should go on as long as they can.
f) It’s not safe for cyclists, that’s for sure.
g) Not true.
h) You have to make the most of the roads you’re given.
i) I’m not married to it.

What is the secret to playing great ball?

a) Blame the whistle-blower.
b) Stay away from peyote.
c) Get a good arbitrator.
d) Fast execution.
e) Count down until there isn’t a second left.
f) Read.
g) Recognize that it is a team sport.
h) Make ’em dance.
i) Shake things up.

Which Disney princess are you?

a) Rapunzel. You descend to the people once in a while.
b) Elsa. You’re cold on the outside.
c) Pocahontas. You wind up with two princes.
d) Cindarella. Your life is a tale of rags to luxury fabrics.
e) Snow White. You need your beauty sleep.
f) Mulan. A legend, not a fairytale.
g) Belle. It’s hard to get people to put down the torches.
h) Jasmine. You’re not afraid to wear the pants.
i) Merida. Bugger the gender inequality.

Tally your responses by letter; if you lack consensus, allow a lesser version of yourself to take the test. 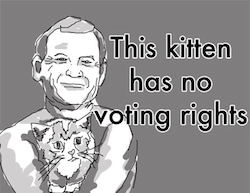 You are Chief Justice John G. Roberts. A true romantic, you understand that everyone makes mistakes, especially 1970s Supreme Court Justices. Underneath your tough exterior, you love to squee at videos of kittens and baby corporations. 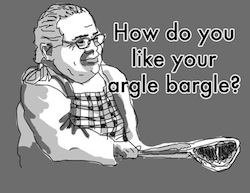 You are Associate Justice Antonin Scalia. A dreamer, you believe a life force animates every man, broomstick, and toadstool, while the constitution is dead as a door nail. You would never eat a pizza with utensils, but suspect some of your friends are probably knife-eaters. 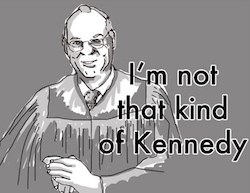 You are Associate Justice Anthony M. Kennedy. A free spirit, you know the perfect present to give that special someone: a state tax proposal. You love the simple joy of swinging, but paint a lonely picture sitting in the playground all by yourself. 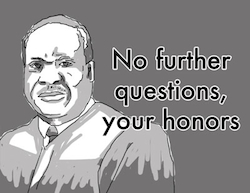 You are Associate Justice Clarence Thomas. You are a trailblazer, in that you literally set ablaze the path behind you, making it impossible for those in your situation to follow. Your rags to riches tale has all the mystique of a David Blaine stunt, and requires a similar dose of ignorance. 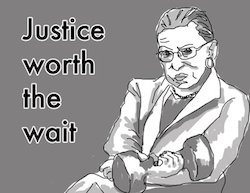 You are Associate Justice Ruth Bader Ginsburg. A great intellect, you’ve seen many things in your time: The rise of feminism, World War II, the indecision of the platypus. Like a tractor left in neutral on a hill, you are unstoppable. 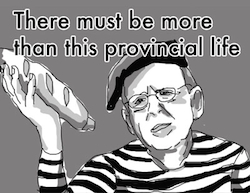 You are Associate Justice Stephen G. Breyer. A philosopher, you understand that there are two sides to every argument, as well as a bunch of poems, sestinas, and multi-volume novels. You aren’t worried you’ll end up a historical footnote, because you don’t believe in footnotes. 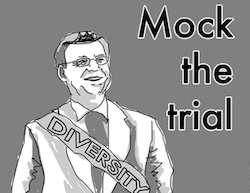 You are Associate Justice Samuel Anthony Alito, Jr. A man of the people, you are proud to fly the banner of diversity, provided you can ride a float of general indifference across public lands. You are a sports fanatic and love to see your team dress down the opposition. 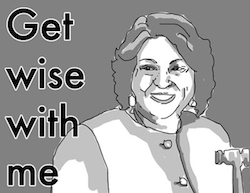 You are Associate Justice Sonia Sotomayor. You’re a humble achiever with an amazing story to tell about a drunk pirate who hires coconuts to work on his ship. Your life story is also pretty interesting. 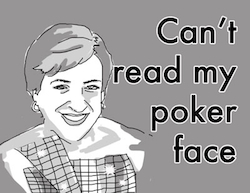 You are Associate Justice Elena Kagan. An entertainer, you were among the first to prank a friend with the Amazing Exploding Golf Ball. You’re the most popular kid in school, which means you’re probably never going to get around to re-reading the Federalist Papers.